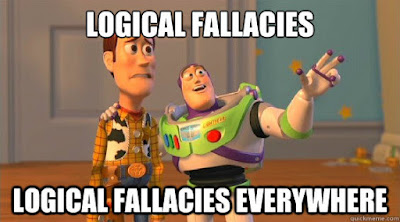 On April 21, Solve ME/CFS Initiative hosted a webinar with Dr. Avindra Nath, NINDS intramural clinical director, and the lead investigator of NIH's ME/CFS study. (For those who missed it, the webinar is available on the Solve CFS Youtube channel.)

The first half hour of the talk centered on the NIH study: how it will be structured, how patients will be selected, and how they will be tested. (This information has been presented elsewhere on this blog, so I will not summarize it here.)

In the second half hour, Dr. Nath responded to questions from the listeners, which Dr. Zaher Nahle, Solve ME/CFS Initiative's Vice President for Research and Scientific Programs, was kind enough to deliver.

The first question put to Dr. Nath concerned bias among people involved in the NIH study. The answer was "I can't give a litmus test to every researcher."

There was clearly a misunderstanding about the scope of the question, so Dr. Nahle rephrased the question to ask specifically about bias among the NIH staff. Once again, Dr. Nath responded by reducing the question to absurd proportions, claiming that he didn't have time for "psychological games."

Neither did Dr. Nath have time to talk to Drs. Fluge and Mella. "I can't talk to everyone who has done a study," is how he answered that question. Of course, Fluge and Mella aren't "everyone." The third phase of the NIH study will involve testing immunomodulatory drugs, one of which may be rituximab. Nobody knows more about the effects of rituximab on ME/CFS than Fluge and Mella, so one would think that a consultation would be prudent.

There was not much time for further questions, but I have no doubt that Dr. Nath would have sidestepped those as well.

In rhetoric, the device known as reductio ad absurdum is employed to avoid addressing an opponent's argument. By reducing an argument to absurd proportions, not only is a pall cast over the opponent's point, the discussion effectively comes to a halt.

Dr. Nath has demonstrated this technique on prior occasions.

During the NIH telebriefing, Charmian Proskauer, President of the Mass CFIDS/ME/FM Association asked if 40 patients were too few for the study. Dr. Nath replied "If you need to have a thousand patients to find something, it probably isn't worth finding." There are numbers, perfectly reasonable numbers, between 40 and 1000. One hundred, for example, is a reasonable number. But, by exaggerating Ms. Proskauer's argument, Dr. Nath neatly sidestepped the question of whether we really needed another pilot study.

In like fashion, "I can't talk to everybody" sidesteps the question of whether Dr. Nath will confer with two researchers involved in the only current large-scale study on a drug that has shown promise for ME/CFS patients.

As for the question of bias, "I can't do a litmus test on everybody," "I can't read minds to see who is biased," and "I don't have time for psychological games," are reductio ad absurdum arguments as well. Nobody has asked Dr. Nath to read anyone's mind. We have simply questioned the appropriateness of three (only three) staff members, two of whom are in key positions.

The questions posed to Dr. Nath today were phrased respectfully. They addressed concerns that should be taken seriously by anyone conducting a study at public expense. Public scrutiny is to be expected under these circumstances, and yet Dr. Nath appears to believe that we should not be looking at who performs the study, or examining the protocol, or, in fact, asking any questions at all.

Our tax dollars are paying for this study. It is not only our right to know what the federal government is spending our money on, it is an ethical duty on the part of the government to make full disclosure. Above all, a clinical trial should never be conducted in secrecy, for obvious reasons. And a trial that has even a remote possibility of bias or mismanagement should receive even more scrutiny. That is how good science is conducted.

Researchers who maintain an attitude of scorn towards the subjects of their studies rarely produce good research. And researchers who do not bother to thoroughly investigate prior as well as current research uniformly produce bad research. While Dr. Walitt has been open about his bias (even while denying that he has one), it is becoming increasingly clear that Dr. Nath's dismissive "I can't be bothered" attitude will be equally problematic in this study.
Posted by Erica Verrillo at 12:39 PM