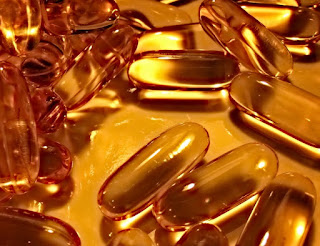 Research from Queen Mary, University of London suggests that omega-3 fatty acids, which are found in fish oil, have the potential to protect nerves from injury and help them to regenerate.

When nerves are damaged because of an accident or injury, patients experience pain, weakness and muscle paralysis which can leave them disabled, and recovery rates are poor.

The study, published in January, 2012 in the Journal of Neuroscience, suggests that omega-3 fatty acids could play a significant role in speeding recovery from nerve injury.

The study focused on peripheral nerve cells. Peripheral nerves are the nerves which transmit signals between the brain and spinal cord, and the rest of the body.

These nerves have the ability to regenerate but, despite advances in surgical techniques, patients usually only have good recovery when their injury is minor.

Omega-3 fatty acids are vital for the body’s normal growth and development and have been widely researched for their health benefits. Because the body cannot manufacture omega-3 fatty acids, they have to be consumed in foods such as oily fish.

In the new study, researchers first looked at isolated mouse nerve cells. They simulated the type of damage caused by accident or injury, by either stretching the cells or starving them of oxygen. Both types of damage killed a significant number of nerve cells but enrichment with omega-3 fatty acids in cells gave them significant protection and decreased cell death.

Next the researchers studied the sciatic nerves of mice. They found that a high level of omega-3 fatty acids helped mice to recover from sciatic nerve injury more quickly and more fully, and that their muscles were less likely to waste following nerve damage.

The research was carried out by a group led by Adina Michael-Titus, Professor of Neuroscience at Barts and The London Medical School and lead of the Neurotrauma and Neurodegeneration group in the Centre for Neuroscience and Trauma, Queen Mary, University of London.

She explained: “Our previous research has shown that these fatty acids could have beneficial effects in a number of neurological conditions. This new study suggests that they could also have a role in treating peripheral nerve injuries.

“More work is needed but our research indicates that omega-3 fatty acids can protect damaged nerve cells, which is a critical first step in a successful neurological recovery.”

Reprinted with the kind permission of Queen Mary, University of London
Posted by Erica Verrillo at 6:06 AM