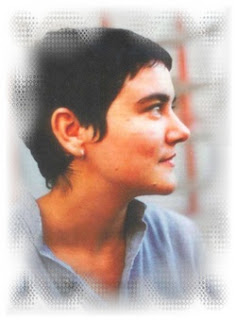 'I am a ghost in the land of the living – forgotten, ignored and drifting on the edges of life, whispering my message in the ears of the lucky ones who can participate in life. I have Myalgic Encephalomyelitis. I call it paralysis, muscle and cardiac failure, brain injury, a living plague that kills only slowly, but does kill..." ~Aylwin (Jennifer) Catchpole, who died in August 2010

Why have an Understanding and Remembrance Day highlighting the plight of the severely affected?

The severity of this illness often makes it impossible for people to have contact with loved ones, doctors, or the outside world. This is a group of thousands of people in the UK who are generally invisible. People with the severe forms of this disease can no longer pursue their careers, hobbies, or everyday lives.

In helping us to make visible the stories of people living with severe M.E., and of those who have died as a result of the illness, you can help end years of misrepresentation about M.E. and increase the understanding of the general public, who often underestimate the seriousness of the disease.

This ignorance causes much suffering to those with M.E., who have a double battle, not only with the disease itself, but also to get the illness taken seriously by those around them. There is an urgent need to raise awareness.

What's the significance of 8th August?

This is the birth date of Sophia Mirza. Sophia was bed-bound with severe Myalgic Encephalomyelitis and was a victim of medical abuse.

Her doctors did not believe that Myalgic Encephalomyelitis was a physical disease and so she was forcibly taken from her bed/home by social workers, police officers and doctors, and kept in a psychiatric facility where she received inappropriate treatment and care.

Sophia subsequently died of M.E. at the age of 32.

Her post-mortem revealed widespread inflammation in the spinal cord. This same inexcusable abuse still goes on.

“When our daughter, Emily, died in 2012, my husband and I were overwhelmed by the hundreds of messages of sympathy we received, even from people we did not know.
They came from friends, from those expressing gratitude for her endless campaigning to spread awareness of ME and from readers of her guide to living with severe M.E., many of whom said it had changed their lives.”


The inquest into Emily’s death took place on 24th May 2013. In her summary the Coroner referred to ME as a condition which is not understood, and expressed the need for more research.

She was echoing an appeal made by Emily in 2011 highlighting what she described as “the scandalous lack of research into the most severe form of M.E. and the lack of appropriate support for those suffering from it.”

A final plea in Emily’s own words: “Please put an end to the abandonment of people with severe ME and give us all real reason to hope”.

Emily may have lost her personal battle, but her battle on behalf of all those still suffering from severe ME should not be ignored.

What is Myalgic Encephalomyelitis?

The most characteristic distinguishing feature is that symptoms are exacerbated by activity and sensory stimuli beyond the patient's limitations.

Activities that trigger flare-ups can be tiny by healthy standards, depending on the severity of the illness. Simple things like talking, watching a TV programme, or eating a meal, can cause an exacerbation.

Dysfunction has been found in all the major systems - neurological, immune, endocrine, cardiovascular, musculoskeletal, gastrointestinal, respiratory, and genito-urinary, which is why people with Myalgic Encephalomyelitis can have such a wide range of symptoms.

Common symptoms include widespread pain, cognitive dysfunctions (e.g. problems with concentration and memory), disabling sensitivities to everyday stimuli (such as light and noise), difficulty being upright (including sitting up in bed), sleep disorders and gastrointestinal problems.

Her story also features powerfully in the film 'Voices from the Shadows' which is available from: www.voicesfromtheshadowsfilm.co.uk

'Severe ME/CFS: A Guide to Living' which can be found at: www.severeme.info

The parents of those mentioned in this Press Release are happy to be contacted by members of the Media. This can be arranged through contacting the 25% ME Group, (the national support group for severely affected ME Sufferers).
Contact details below.

Posted by Erica Verrillo at 6:30 AM