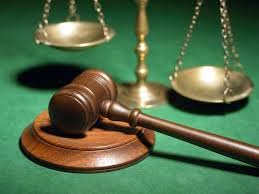 David Egan, Irish ME advocate and signatory of the Advocates' letter to HHS Secretary Sebelius, has been conducting a correspondence with the IOM concerning conflict of interest and bias in their evaluation of ME/CFS.

As written responses from the IOM, or any government agency are rare, I am printing it below. Not surprisingly, it consists entirely of a statement of expertise, and a challenge to offer our input. (It should be pointed out that the IOM is under no legal obligation to accept any of our input.)

Scroll down to read David Egan's reply, in which he challenges the IOM, not based on its statement of purpose, but on no less than five of its own reports, in which IOM's

If this were a trial, a recusal would be in order.

(You can read all of David Egan's letters to the IOM HERE.)

I appreciate you taking the time to express your concerns. The IOM study staff are committed to supporting this committee to develop evidence-based recommendations on diagnostic criteria for ME/CFS. We recognize the historical frustrations of the physician and patient communities in getting ME/CFS to be appropriately acknowledged and understood, and we want the committee’s work to make progress on these efforts, not hold them back. Let me respond to some of your concerns . . .

First, the Institute of Medicine does not, as an organization, hold positions on the topics that are addressed by committees or other activities. Previous reports do not constitute a conflict of interest for the organization because IOM reports are authored by independent committees of experts. The IOM’s role is to assemble a committee with appropriate knowledge, with minimized and balanced intellectual biases, and without conflicts of interest. The Committee on Diagnostic Criteria for ME/CFS will be screened for intellectual biases and conflicts of interest.

You (and the rest of the public) will have the opportunity to formally comment on the provisional committee slate if you feel that the committee composition is unbalanced with regard to intellectual biases. I understand your concerns about the accuracy of the discussion of ME/CFS in the reports listed below. ME/CFS was not the focus of any of those reports, but it is the ONLY topic to be addressed by the Committee on Diagnostic Criteria for ME/CFS. This committee has been specifically tasked to identify the evidence for various diagnostic clinical criteria of ME/CFS using a process with stakeholder input, including practicing clinicians and patients.

We will be conducting an extensive literature search to identify published materials for the committee to review and we will hold at least one public meeting to hear directly from the physician and patient communities. You (and the rest of the public) have the opportunity to send or recommend specific articles for the committee to review. The IOM staff will work closely with the committee to ensure that the report accurately reflects the evidence base, including biological/medical research. I hope that I have addressed some of your concerns.

If you would like to be notified when the provisional committee slate is posted, please sign up for the project listserv. If you would like to send materials for the committee to review, you can send them to mecfs@nas.edu. Please note that all written materials provided to the committee will be placed in a Public Access File. If you have additional questions about IOM processes, you can contact Molly Galvin (cced here).

Thanks for your assistance in this matter. You state, "The IOM’s role is to assemble a committee with appropriate knowledge, with minimized and balanced intellectual biases, and without conflicts of interest."

Yet in the 5 GWI reports your "independent" committees of "experts" recommended totally ineffective, inaccurate and harmful diagnostics and treatments for ME/CFS, specifically GWI soldiers with ME/CFS. They showed clear psychiatric bias and omitted important and vital biological scientific research and medical findings.

That's 5 reports by "independent" committees of "experts". Neither independence or expertise were shown by these individuals. This was a key failing of the IOM.

The credibility and reputation of the IOM has been affected by this lack of scientific and medical thoroughness. How could the IOM make the same mistake 5 times, and elect the same type of "independent" committees of "experts" with the same mistakes and ommissions?

The IOM had ample opportunity to amend these 5 reports in line with scientific and medical accuracy and the protection of the public interest, but did not do so. The IOM owns the process which created these reports, selected the committees and owns the reports themselves, so it is not independent of the reports.

We are not holding the IOM back, it's far better to get the outstanding matters resolved than engage in another rushed job at IOM and have another meaningless and ineffective psychiatric based definition and more years and decades of suffering and premature deaths for ME/CFS patients in the USA and elsewhere. We are dealing with life and death issues here, as exemplified here at this link.