Successful Treatment of GWI with CoQ10: Implications for ME/CFS? 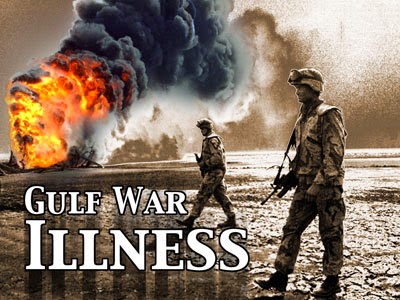 Beatrice A. Golomb has been researching Gulf War Illness for over two decades. In 1999 she published a paper, A Review of the Scientific Literature As It Pertains to Gulf War Illnesses; Pyridostigmine Bromide, implicating acetycholinesterase inhibitors as primary contributors to the development of GWI. (Fifteen years later, the Boston University School of Public Health confirmed her findings.) Golomb is the head of the UC San Diego Research Group, where she and other researchers study conditions related to oxidative stress and energy impairments.

Golomb recently finished a clinical trial using CoQ10 as a treatment for GWI. The results were impressive: 80% of treated veterans showed improved physical function after taking PharmaNord (Denmark) CoQ10 100 mg/day for 14 weeks. (You can read the abstract HERE.)

Oxidative stress and mitochondrial impairment are major players in ME/CFS, which is why there is so much overlap between the symptoms of GWI and ME/CFS. This is also why CoQ10 has been a staple in ME/CFS treatment arsenal since the late 1980s, when the Behans noted damage to the mitochondria in muscle tissues of ME patients in the UK.

In a study published in the Nov. 1 issue of Neural Computation,  researchers at the University of California, San Diego School of Medicine report  that a high quality brand of coenzyme Q10 (CoQ10) – a compound commonly sold as a dietary supplement – provides  health benefits to persons suffering from Gulf War illness symptoms.

“Gulf War illness is not the same as post-traumatic stress disorder or traumatic brain injury, signature illnesses of later deployments, which are caused by psychological and mechanical injury, respectively,” said Beatrice Golomb, MD, PhD, professor of medicine at UC San Diego School of Medicine and principal investigator on the study. “Evidence instead links Gulf War illness to chemical exposures, such as pesticides or pills given to soldiers to protect them from possible nerve agents. These chemicals can damage mitochondria, which generate the energy our cells need to do their jobs. When these powerhouses of the cells are disrupted, it can produce symptoms compatible with those seen in Gulf War illness.”

The connection to chemical and toxin exposures is fortified by evidence of mitochondrial problems in affected veterans, said Golomb, as well as evidence showing those veterans who became ill are significantly more likely than others to harbor genetic variants that render their enzymes less effective at detoxifying these chemicals.

CoQ10 is a fat-soluble antioxidant made by the body to support basic cell functions, including directly assisting mitochondrial energy production. Over a course of three and a half months, the veterans in the study received a pill form of either CoQ10 or a placebo. Researchers found 80 percent of those who received 100mg of CoQ10 had improvement in physical function. The degree of improvement correlated to the degree in which CoQ10 levels in the blood increased.

“The statistical significance of these benefits, despite the small sample size, underscores the large magnitude of the effects,” Golomb said. “Mounting evidence suggests findings in Gulf War illness are relevant to toxin-induced health problems in the civilian sector, so what we learn by studying health challenges of these veterans, will likely benefit others.”

Golomb and colleagues are seeking additional funding to test a more complete “mitochondrial cocktail,” which combines CoQ10 with additional nutrients that support cell energy and reduce oxidative damage to cells.

Funding support for this research came, in part, from the Department of Defense.