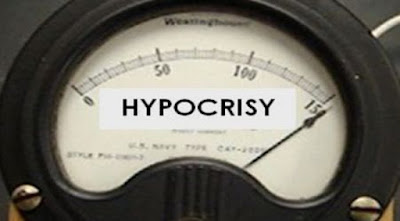 The woeful state of funding for ME/CFS is so dire that two HHS-funded initiatives, the IOM and the P2P, have taken pains to point it out.

The IOM committee stated that “Remarkably little funding has been made available” to study this disease, and “More research is essential.” The P2P, a report sponsored by the NIH, came to the same conclusion.

Current research has neglected many of the biological factors underlying ME/CFS onset and progression.

Overall, there has been a failure to implement what we already know for ME/CFS patients while the disease steals their health and well-being. Scientifically rigorous research is needed to improve this situation... Innovative biomedical research is urgently needed to identify risk and therapeutic targets.

In spite of this urgent need - stated in unequivocal terms by reports sponsored by HHS - the NIH has repeatedly denied funding to researchers who have a solid track record. Ron Glaser, President of the PsychoNeuroImmunology Research Society (PNIRS) and recognized as one of the world's most cited authors in his field, was turned down. Nancy Klimas, whose Gulf War research was funded, has been repeatedly rejected. Ian Lipkin, the world's foremost virus hunter, was rejected, as was Ron Davis, who was named among the top 7 of "Today's Greatest Inventors" in 2013 and is winner of numerous prestigious prizes.

Nobody in their right mind could claim that these researchers did not know how to conduct meritorious research when they submitted their proposals. Yet, at the most recent CFSAC meeting Cheryl Kitt, Deputy Director of the Center for Scientific Review at NIH, claimed that there aren’t many people interested in researching ME/CFS and that the NIH hasn’t received applications of sufficient quality.

In answer to that specious claim, some of the top researchers in the field have written an open letter to Senator Mikulski (D- Maryland). Mikulski is chair of the Senate Appropriations Committee.

Read more about the push for increased NIH funding in this excellent article:

We the undersigned scientists are writing to express our interest and enthusiasm for researching myalgic encephalomyelitis/chronic fatigue syndrome (ME/CFS), a common and disabling illness long ignored by our nation’s health agencies.

Many of us have had a very difficult time securing adequate funding. Others have been unable to determine even how to apply for funding, as no institute within the NIH has responsibility for researching ME/CFS. The NIH has responded to requests for increased funding by stating that few researchers are interested in studying the illness.

On the contrary there are Nobel Laureates, several members of the National Academy of Sciences, biochemists, biophysicists, geneticists, immunologists, neuroscientists, experts in public health and infectious disease, epidemiologists, and physicians eager and ready to study this disease, were adequate funding made available. The undersigned are just some of those researchers.

We have so much to learn and large studies are needed to understand how to help patients regain their health. With societal costs in the tens of billions of dollars each year, an infusion of government funding could quickly repay that investment.

Currently, ME/CFS is massively underfunded compared to other diseases of similar severity and number of patients. The NIH allocates just $5 million per year to study this illness, which affects between 836,000 and 2.5 million Americans. Patients suffering from ME/CFS deserve funding proportional to and commensurate with other diseases with similar patient populations. The Institute of Medicine, a special HHS advisory committee, and a recent NIH­-appointed expert panel all agree: It is imperative to increase research funding for ME/CFS.

If invited to apply for NIH funding via a new Request for Applications (RFA), we would eagerly submit grant proposals.

Ronald W. Davis, Professor of Biochemistry and Genetics, Stanford University School of Medicine, Member of the National Academy of Sciences

Mario R. Capecchi, Nobel Laureate in the Physiology or Medicine category, Professor of Human Genetics at University of Utah School of Medicine, Member of the National Academy of Sciences

Mark M. Davis, Professor of Microbiology and Immunology at Stanford University School of Medicine, Director of Stanford Institute for Immunity, Transplantation and Infection, Member of the National Academy of Sciences

Baldomero M. Olivera, Biology Professor at the University of Utah, Member of the National Academy of Sciences

Ronald G. Tompkins, Professor of Surgery at the Harvard Medical School, Chief of Trauma, Burns and Surgical Care Service at the Massachusetts General Hospital, Chief of Staff at the Shriners Hospitals for Children in Boston