The Answer is No, A Thousand Times No 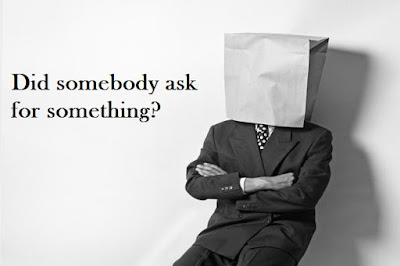 Last month, four respected researchers asked for data from the PACE trial. This is the umpteeth request, and, predictably, it was denied.

But this time the reason given was not that 1) the request was "vexatious," 2) the trial participants might somehow be harmed, 3) it might infringe on intellectual property rights, or 4) the study might be criticized.

Imagine a situation in which a drug is administered to a group of ill people, who then become more ill. But the authors of the trial hide the data and claim that the ill people appear to benefit. When asked for the data they refuse, because they don't want participants to know the drug is harmful in case they do future studies.

How illegal would that be?

The PACE trial authors have no moral compass. They are planning on rehashing their study endlessly to milk it for all its worth. They will continue to spin their "results" until someone in authority puts a stop to it.

At least we’re not vexatious


On 17 December 2015, Ron Davis, Bruce Levin, David Tuller and I requested trial data from the PACE study of treatments for ME/CFS published in The Lancet in 2011. Below is the response to our request from the Records & Compliance Manager of Queen Mary University of London. The bolded portion of our request, noted in the letter, is the following: “we would like the raw data for all four arms of the trial for the following measures: the two primary outcomes of physical function and fatigue (both bimodal and Likert-style scoring), and the multiple criteria for “recovery” as defined in the protocol published in 2007 in BMC Neurology, not as defined in the 2013 paper published in Psychological Medicine. The anonymized, individual-level data for “recovery” should be linked across the four criteria so it is possible to determine how many people achieved “recovery” according to the protocol definition.”

Thank you for your email of 17th December 2015. I have bolded your request below, made under the Freedom of Information Act 2000.

You have requested raw data, linked at an individual level, from the PACE trial. I can confirm that QMUL holds this data but I am afraid that I cannot supply it. Over the last five years QMUL has received a number of similar requests for data relating to the PACE trial. One of the resultant refusals, relating to Decision Notice FS50565190, is due to be tested at the First-tier Tribunal (Information Rights) during 2016. We believe that the information requested is similarly exempt from release in to the public domain. At this time, we are not in a position to speculate when this ongoing legal action will be concluded.

Any release of information under FOIA is a release to the world at large without limits. The data consists of (sensitive) personal data which was disclosed in the context of a confidential relationship, under a clear obligation of confidence. This is not only in the form of explicit guarantees to participants but also since this is data provided in the context of medical treatment, under the traditional obligation of confidence imposed on medical practitioners. See generally, General Medical Council, ‘Confidentiality’ (2009) available at http://www.gmc-uk.org/guidance/ethical_guidance/confidentiality.asp The information has the necessary quality of confidence and release to the public would lead to an actionable breach.

As such, we believe it is exempt from disclosure under s.41 of FOIA. This is an absolute exemption.

The primary outcomes requested are also exempt under s.22A of FOIA in that these data form part of an ongoing programme of research.

This exemption is subject to the public interest test. While there is a public interest in public authorities being transparent generally and we acknowledge that there is ongoing debate around PACE and research in to CFS/ME, which might favour disclosure, this is outweighed at this time by the prejudice to the programme of research and the interests of participants. This is because participants may be less willing to participate in a planned feasibility follow up study, since we have promised to keep their data confidential and planned papers from PACE, whether from QMUL or other collaborators, may be affected.


In accordance with s.17, please accept this as a refusal notice.

For your information, the PACE PIs and their associated organisations are currently reviewing a data sharing policy.

If you are dissatisfied with this response, you may ask QMUL to conduct a review of this decision. To do this, please contact the College in writing (including by fax, letter or email), describe the original request, explain your grounds for dissatisfaction, and include an address for correspondence. You have 40 working days from receipt of this communication to submit a review request. When the review process has been completed, if you are still dissatisfied, you may ask the Information Commissioner to intervene. Please see www.ico.org.uk for details.