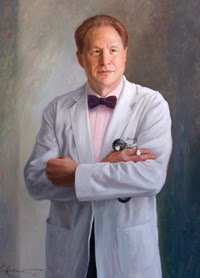 
In recent months, efforts to redefine chronic fatigue syndrome (CFS) have come under much scrutiny. The attention on the new definition should come as no surprise. Definitions and labels can be abused to direct research and clinical outcomes toward personal beliefs of authors. In the case of CFS, it has been easy, and perhaps necessary, for the DHHS to dismiss such past problems as unfounded speculation.

The truth is far more complex. In a document obtained by the CFS Report (see links below), Stephen E. Straus, widely known as the creator of the “fatigue syndrome” concept, discussed his hopes for 1994 redefinition of CFS with the CDC's Keiji Fukuda. The Straus/Fukuda letter, written after the submission of the new definition for publication, is frank. Straus predicts the new definition would cause “the notion of a discrete fatigue illness” to “evaporate”.

Once a concept of a distinct disease evaporates, Straus claims a framework of idiopathic fatigue – a symptom that falls short of a distinct disease –  would be left behind. Straus predicts the new definition may lead to the “entire abandonment” of CFS. It is a strange prediction, to champion a definition that leads to the future abandonment, evaporation, and discrediting of that which one claims to want to define.

More remarkably, many attributions and beliefs in the Straus/Fukuda letter can be seen in current NIH peer review policies, conferences, and RFAs. Straus was often known to assert that research on immunological findings in subsets of CFS patients was/is "dubious," while praising researchers/papers focused on mind-body interaction. Straus also claimed CFS's pathology was "akin to pain", which has a "locus in the brain".

Like the Straus/Fukuda letter, RFAs and funding requests from the NIH also emphasize the brain and pain, while deemphasizing immunological findings. No mention of recent CFS research on autoimmunity, B cells, or antibodies is found in NIH funding requests. The current RFA (PAR 12-032) encourages CFS grant proposals fit seven categories the NIH terms as applicable to CFS:  aging and fatigue (NIA), alcoholism and fatigue (NIAAA), pelvic pain disorders (NIDCR/NIDDK), NIAID (unspecified, but immunologic mention seems purged from the current RFA), the brain (NINDS), behavioral relationships to fatigue (NINR), and mind/body interaction (NICAM). Terrell Hoffeld, who oversaw CFS peer review, seemed to reiterate attributions in the Straus/Fukuda letter when he told me that CFS had "moved on" from immunological research, and that relieving pain and anxiety from a neurological/brain approach was his goal at the CSR. (See: Scientific Review, CFS, and the NIH - The CFS Special Emphasis Panel.)

Straus admits that his integrative "fatigue syndrome" concept is not seen by some as “worthy of study”. Years later, his words seem eerily prophetic. Funding support for CFS is among the lowest of categorized diseases at the NIH.

Straus viewed CFS as predominantly a women's illness (NIH Publication No. 91-3059). Studies have shown women are less likely to be viewed as having a disease than a subjective complaint by doctors (Arber 2006). Straus, himself a clinician, suggests to Fukuda that CFS is an “impression on the part of the patient or physician that such a complaint is important.” Such attributions seem to represent a traditional mindset toward women's medical issues. Women are also more likely to be seen as having their symptoms originate in the brain or from psychological causes (Hoffman, Tarzian, 2001). Straus displays a disdain for CFS models that fail to revolve around an unnamed "locus in the brain."

Whether the DHHS acknowledges it or not, attributions seen in the letter between Straus/Fukuda laid much of the foundation for how the NIH handles emerging illnesses that predominantly affect women, such as CFS. Conferences sponsored by Drs. Vivian Pinn and Lawrence Tabak for CFS sought to interfuse pain, the concept of hypersensitivity to symptoms, and central processing in the brain into efforts to direct scientific research for CFS. Dr. Eleanor Hanna, constantly reiterated that grant proposals seen as "bad science" would not be considered fundable by ICs, and her views on CFS were well known within the ORWH and among Trans-NIH Working Group members (see link below). When the NIH continually ignores recent findings on B cells, unique antibodies and immune markers, and autoimmunity in its conferences, RFAs, and grant reviews, the foundation left by Straus seems not far behind.

Straus advocated the idea within the NIH shortly after CFS was first defined that negative studies for Epstein-Barr and known viruses were broad enough to scientifically disprove a viral or immunological pathology. However, some past DHHS leaders, such as Donna Dean and Philip Lee have pushed the HHS to acknowledge hundreds of peer reviewed papers documenting immunological defects in subsets of CFS. A definition of CFS on the ORWH website seems to suggest a more distinctive illness than Straus' definition. Perhaps such efforts suggest that some in HHS realize the definition and label created by Straus was never meant to be a benign search for scientific truth.

This disease possesses clear, distinct, and definable traits seen in no other illness: severe post-exertional collapse, flu-like symptoms, and orthostatic intolerance. Unlike many illnesses, the disease often is preceded by an acute viral infection. Without a definition and label that puts these distinct and unique symptoms at the forefront, HHS is simply striving to cling to one man’s "desired outcome" for the “evaporation” of a severe disease.

Defining and labeling any illness, if done poorly, can do permanent damage. Fifty scientific experts know it. The sufferers and families and of those who suffer from CFS know it. And much of the scrutiny on the definition of CFS and current efforts of the IOM to revise the definition for CFS stem from historical and clear evidence that personal attributions played a role in the "evaporation" and "abandonment" of a devastating disease.

Hanna NIH CFS WorkingGroup
Posted by Erica Verrillo at 7:55 AM