Clearing the Air, or Breaking Wind? A Comment on Suzanne Vernon 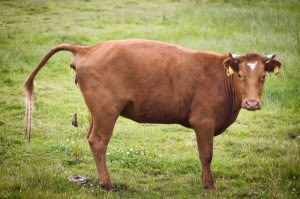 Yesterday, Suzanne Vernon published a post on Research First (see full text below) in which she attempted to respond to accusations that the CFIDS Association of America (CAA) had pressured the signatories of the HHS doctors' letter into withdrawing their support for the immediate adoption of the Canadian Consensus Criteria and rejection of the IOM contract. Although the email sent by the CAA did not directly ask the doctors to rescind their signatures, it was clear that asking if they "still agreed" was intended to instill doubt. (Not to mention, why send an email to all of the signatories, unless the purpose was to get them to change their minds?)

In at least one case, the email worked. Lucinda Bateman withdrew her name from the letter, stating that "This is an opportunity to build a strong federal base of support from NIH/IOM." Echoing that sentiment, or perhaps inspiring it, Vernon says, "We must have the cooperation and involvement of the various federal agencies to increase research funding and achieve real progress."


What is lacking from these pronouncements of faith in the IOM's ability to validate and fund future research "based on clear identification of gaps in our knowledge, review of our current evidence base, and creative thinking about how to move forward" is any grasp of reality.

Philosopher George Santayana is reputed to have said, "Those who cannot learn from history are doomed to repeat it." History, in the case of ME/CFS, has proven that our federal agencies (HHS, CDC, NIH) have absolutely no interest in accurately defining the illness, funding research, or including patients in decision-making processes - much less "creative thinking about how to move forward."

Let's take a brief look at the history of how federal agencies have dealt with ME/CFS:
Why on earth would anybody - given this 30-year history - think that the IOM (an organization that has already stated it believes ME/CFS is a subcategory of "fatiguing illnesses") will open up federal doors? Why would funding suddenly flow for "fatigue"? And why would research be more valid with cohorts composed of people with "chronic fatigue"?

But, perhaps most important of all, why did the CAA use its clout as a national CFIDS organization to pressure doctors into supporting the IOM contract, an arrangement that will benefit nobody in the ME/CFS community?

Does the CAA speak for the ME/CFS community, or is it simply speaking for itself?

As the conversation concerning the HHS/IOM contract continues, many advocates are weighing in. Over the past several days we’ve received several questions about various points in the discussion so we wanted to address them.

First, I sent an email to my colleagues who signed the letter to Secretary Sebelius asking to adopt the Canadian Consensus Criteria and cancel the IOM contract. There is speculation that I asked them to rescind their signature. I did not ask anyone to rescind their signature or change their mind. I reached out to those I had email addresses for (29 signatories), asking if they still agreed with the letter given the IOM contract was awarded and more information on the scope of work had been provided. I heard from about half of the signatories. Several stood by their signature indicating the money for the contract should go to research

Others didn’t feel an IOM committee would do a good job. And yet others were hopeful that the IOM contract would be productive and effective. It was important to hear this because we value their expertise and opinions. Many look to us for insight, opinion and information. We try to understand all sides of an issue so we can provide the most balanced information and make the most informed decisions.


Many of my fellow advocates have asked if I am benefiting financially from my participation on the IOM committee for development of a case definition for chronic multisymptom illness. I am not. Committee member air travel and lodging are paid for with the IOM contract – which was awarded to the IOM by the Veterans Administration. Committee members receive a per diem to cover costs incurred during travel, but all work is voluntary. Outside of the meetings we have a lot of reading and research to do to accomplish our charge. Like in ME/CFS, there has been outstanding work and research on Gulf War Illness and there are significant gaps in knowledge. No one on the committee takes this responsibility lightly. We have 3 more months and two more committee meetings to complete our tasks.

Several individuals have speculated that I am on this committee purely because my brother has Gulf War Illness (my brother is happy that I was nominated and he is hopeful for our outcome), but that is not why. I was nominated for the committee because of my work and research on ME/CFS. My brother relates to ME/CFS patients because as he and many of you know, Gulf War Illness and ME/CFS have many clinical similarities. For those of you that haven’t yet, please read his personal story: http://www.cfids.org/cfidslink/2010/020304.asp

Some that are deeply opposed to the IOM contract to develop a clinical case definition for ME/CFS do not understand why we are in the discussion if we are an organization focused on research. It is precisely because we are focused on research that case definition is important to us. A physician or healthcare provider can only diagnose ME/CFS after thorough clinical evaluation. It is critically important that this clinical approach to diagnosing ME/CFS be defined and standardized for use by all physicians and providers. The diagnostic criteria is essential to advance research because it provides us with the disease-defining concepts – the core signs and symptoms – needed to identify and validate biomarkers and to provide evidence of treatment benefit.

While we understand the concerns over the contract with the IOM: fears that the right people will not be on the committee, leading to a lack of commitment and faulty results, we believe it is in the patients best interest to continue to foster a positive working relationship with HHS and IOM. No single organization can solve ME/CFS on its own. We must have the cooperation and involvement of the various federal agencies to increase research funding and achieve real progress. We can only do that if we are at the table.

We all have a lot of urgent work to do and we all can continue to contribute and help our community. There is plenty of work that needs to be done – more than enough to go around. We must galvanize around ME/CFS in order to conquer it.
Posted by Erica Verrillo at 4:04 PM