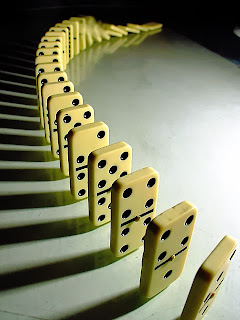 Below is "Summary of the HHS IOM Contract Situation" written by Wildaisy Fl. Please feel free to re-post widely.

The CDC, HHS and Kathleen Sebelius have been hiding an epidemic illness that is robbing millions of people of their quality of life - taking away their ability to work and to socialize - and sometimes taking their lives. There is a long ugly history of government mistreatment of people who suffer from this illness.

The illness is Myalgic Encephalomyelitis (M.E.), sometimes incorrectly called "Chronic Fatigue Syndrome (CFS)" and most recently called ME/CFS. This disease afflicts somewhere between 1 and 4 million people in the U.S. and 17 million worldwide (See www.name-us.org/ and http://www.ncbi.nlm.nih.gov/pmc/articles/PMC3033815/).

This is a very serious and debilitating illness and the economic cost can be staggering. According to a 2004 CDC study, the illness costs every American with CFS about $20,000 a year in lost earnings and productivity. This means ME costs the United States at least $9.1 billion a year, not counting the cost of health care or disability benefits. This economic cost is in addition to the cost in terms of human lives and misery.

Now, in this time of government austerity, when the government has been shut down due to budget constraints, HHS Secretary Kathleen Sebelius' agency has signed a contract estimated to cost at least one million dollars to the Institute of Medicine (IOM) to redefine ME/CFS. This is being done in spite of the fact that 50 (originally 35) well-respected researchers and clinicians, experts in ME/CFS wrote an Open Letter asking Secretary Sebelius not to sign this contract but to use a consensus definition by experts and unanimously recommended by the 50 ME/CFS experts (See: http://www.mecfsforums.com/wiki/Open_Letter_from_ME/CFS_Advocates_to_the_Honorable_Kathleen_Sebelius,_U.S._Secretary_of_Health_and_Human_Services_10/28/2013 )

Ms. Sebelius is choosing to ignore the opinions of experts in order to spend a million dollars to have strangers to this illness define its symptoms. This defies logic. HHS is spending a million dollars for the IOM to do something which has already been done by experts over a period of 20+ years, at no cost to the government!

Generally, the US government works very slowly, but this time they are moving at lightening speed, even though the government has been shut down.

This decision will affect every M.E. patient, regardless of where they live. If the USA adopts a "garbage" definition for M.E. like the IOM definition for "Chronic Multisymptom Illness," formerly called "Gulf War Illness," that will start the use of a psychological definition for M.E. which will spread to other countries and have a "domino effect" on the diagnosis and treatment of M.E. all over the world.