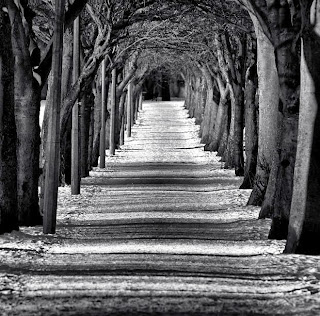 On October 8th, a 53-year old man diagnosed with CFS was found dead in his home. The coroner's ruling was "natural causes."

Whenever I read an article like this (see below), I have to wonder what is natural about dying at age 53 of heart failure and malnutrition? Obviously, there was something terribly wrong with Mr. Hancock, something quite unnatural.

There is no point speculating about this tragedy, because there is no information about what actually led to Mr. Hancock's death. But, one thing we do know from his diagnosis is that he very well may have had an undiagnosed heart condition.

Or parasites, or diabetes, or any number of tropical ailments, or a rare form of leukemia, or MS, or  ....

Fill in the blank. The definition of CFS is so vague, and the medical community so uninterested in doing more than the bare minimum for its patients, that Mr. Hancock could have had anything.

We know that people who have what we are now calling ME/CFS tend to die of heart failure at no greater rate than the general population, but they are doing so roughly 20 years earlier. There is enough research on cardiac anomalies (the Peckerman studies) in ME/CFS that we can reasonably attribute this early heart failure in our population to diastolic dysfunction. And we can probably attribute malnutrition to the gut dysbiosis and malabsorption that we know affects more than a third of us. We know that all of us run these risks simply from having a chronic, untreated illness year after year.

A Wood Green man died on his birthday from natural causes, an inquest has ruled.

Paul Hancock, of Clyde Road, Wood Green, died on February 26 this year, the same day as his 53rd birthday.

A post mortem suggested he died of a heart failure and malnutrition at his Wood Green home.

Mr Hancock, who was born in Brazil, was a trainee psychotherapist but had been out of work since 1998 after being diagnosed with chronic fatigue syndrome (CFS).

The inquest, at Barnet Coroners Court in Wood Lane, also heard yesterday that Mr Hancock had not been taking any anti-depressants nor had he shown any suicide intentions according to a statement from his psychiatrist Massimo Ricoh.

Mr Ricoh, who had been treating Mr Hancock since May 19, 2006, wrote in a statement: “The last meeting we had was on May 30, 2012, and he looked very pale. We arranged for another appointment on November 20, 2012, but Mr Hancock cancelled. He never had a suicidal intent.”

PC Winston Letman attended the scene at 4.10pm on February 26, after a neighbour had collected a parcel for Mr Hancock and was concerned that lights were on in his home but there was no answer at the door. The PC went on to disclose that there was nothing suspicious about the death.