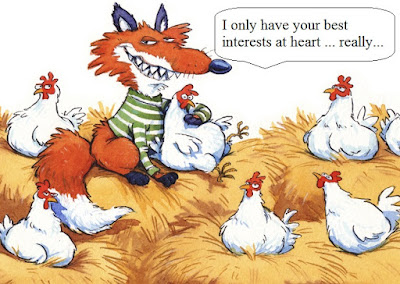 When the NIH posted the protocol for its study on ME/CFS, it was immediately met with a storm of protest.

First, the protocol used the discredited Reeves (aka Empirical) case definition to establish its cohort of patients.

Second the tests seemed vague and far too general, as if the NIH were going on a fishing expedition rather than employing a focused approach.

Third, there was no mention of tests that would indicate that the staff was well versed in research performed outside the purview of the CDC. (The protocol has since been removed.)

In spite of Dr. Collins' repeated assurances that the NIH is taking ME/CFS research "very seriously," the FAQs posted on the NIH site (read them HERE) do little to allay the concerns of the community.

Most disturbing, there is the question about the Executive Board of "clinical experts" chosen to oversee the selection of patients. This Board consists of Dr. Elizabeth Unger, Dr. Ian Lipkin, Dr. Leorey Saligan, Dr. Fred Gill, and Dr. Brian Walitt. While some of these Board members have been involved in research, not one of them has clinical expertise in diagnosing ME/CFS.

A further concern is NIH's appointment of Dr. Brian Walitt to be Clinical Director for the ME/CFS study. Dr. Walitt's views on fibromyalgia were presented in an interview he gave last September at the Perspectives in Rheumatic Diseases conference, held by Global Academy for Medical Education.

Dr. Walitt's interview, while meandering, clearly stated that he considers fibromyalgia, and similar disorders (such as ME/CFS) to be psychosomatic conditions, that is, symptoms which are generated in order to compensate for emotional or psychological upset. (Please read Jeannette Burmeister's post Brian Walitt’s Radical Bias: Disorders of Subjective Perception, ME/CFS as Normal Life Experience? for an in-depth analysis of Dr. Walitt's interview.)

According to Dr. Walitt's interview, the pain experienced by people with FM is "normal,"

"These atypical things," he said, "are just a range of normal, that you are not sick, bad or weak, that you are just dealing with the difficulties of just being a human."

Dr. Walitt went on to say that there is no treatment for FM, therefore patients should "carefully consider changing their life narrative." (Practitioners of CBT call this "correcting false illness beliefs.")

While an interview may be subject to interpretation, the written word is not. In 2013, Dr. Walitt co-authored a paper with Dr. Frederick Wolfe, entitled "The Changing Nature of Fibromyalgia." In that article he clearly expresses the view that FM is a "psychocultural" construct. He lays the blame for turning FM into an "illness" on rheumatologists, politicians, the "legal industry," and, most significantly, patient groups.

The psychogenic viewpoint is also expressed in another article published in 2013, "Gene expression profiles of fatigued fibromyalgia patients with different categories of pain and catastrophizing: A preliminary report" as well as a more recent 2016 article,"Quantifying the influence of child abuse history on the cardinal symptoms of fibromyalgia."

"The experience of child abuse," he concludes, "is associated with FM symptom severity and may shape the biological development of interoception in ways that predispose to pain and polysymptomatic distress."

In short, Walitt believes that emotionally unsound, middle-aged women exaggerate normal symptoms (such as pain) but that they have somehow convinced the medical and legal establishment that they have a "real illness" to justify their mistaken belief that they are ill. The remedy? They should learn to live with it.

Unfortunately, Dr. Walitt isn't the only member of the Executive Board to adhere to psychogenic explanations of ME/CFS. In a 2011 lecture held at the NIH, "Chronic Fatigue Syndrome:  Is there a virus?", Dr. Gill expressed the view that ME/CFS could be successfully treated with exercise (GET) and therapy (CBT). (You can read the Mass CFIDS/ME and FM Association's summary of his lecture HERE.) Like Dr. Walitt, he compared ME/CFS to neurasthenia, a 19th century psychiatric disorder thought to be the product of overwork and "stress."

I have written to the NIH requesting that both of these men be removed (see below). Please feel free to write the NIH yourself, and to use my letter as a template.

Address your letter to: braininfo@ninds.nih.gov

I have read about the NIH ME/CFS research study with great interest. This study is important, not just for identifying the cause of ME/CFS, but for all future research, and therefore must be designed and conducted with the greatest of care.

Dr. Nath has expressed the opinion that because so many people are involved in this study individual bias would be impossible. However, on your research study FAQs, you list Dr. Gill and Dr. Walitt as two of five staff members who will make final assessments of diagnostic validity.

Dr. Gill has gone on record as recommending graded exercise (GET) and cognitive behavioral therapy (CBT) for patients with ME/CFS. Both of these treatments stem from the "psychosocial" model held by psychiatrists who believe ME/CFS to be a form of hysteria ("conversion disorder"). Dr. Gill has also compared ME/CFS to neurasthenia, a 19th century disorder that bears only passing resemblance to ME/CFS and is widely considered to be a form of anxiety.

Dr. Walitt has professed a similar view of fibromyalgia and its related illnesses (e.g. ME/CFS). In a paper published in 2013, he stated that “Fibromyalgia does not fit the definition of a categorical disorder, but represents the end point of a continuum of polysymptomatic distress. The evidence for a psychocultural disorder is strong.” He has stated in clear terms that patients experiencing the pain of FM are simply exaggerating "normal" symptoms, and that they should change their "life narrative" rather than seek treatment.

As staff members making final assessments of diagnostic validity, Dr. Walitt and Dr. Gill are in a position of relative power and authority over other staff members and investigators. Their view on the illness as being psychogenic will undoubtedly influence their decisions. Both are biased and should not be involved in this project.