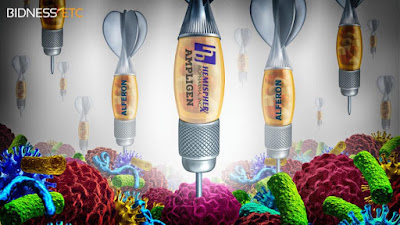 At long last, Ampligen is approved somewhere. Not here, unfortunately, but it's a first step. With Argentinian approval, there is the possibility of approval elsewhere.

More to the point, in Argentina at least, there is official acknowledgement that ME/CFS is not a psychological illness.

PHILADELPHIA, Aug. 26, 2016 (GLOBE NEWSWIRE) -- Hemispherx Biopharma, Inc. (NYSE MKT:HEB) (the “Company” or “Hemispherx”), announced that it has received approval of its New Drug Application (NDA) from Administracion Nacional de Medicamentos, Alimentos y Tecnologia Medica (ANMAT) for commercial sale of rintatolimod (U.S. tradename: Ampligen®) in the Argentine Republic for the treatment of severe myalgic encephalomyelitis/chronic fatigue syndrome (ME/CFS). The product will be marketed by GP Pharm, Hemispherx’s commercial partner in Latin America. We believe that rintatolimod is the first drug to receive approval for this indication anywhere in the world. We also believe that there are no other products in the pipeline for approval, worldwide, for this debilitating disease. A copy of the official approval from ANMAT, translated in English, is available on the Company’s website at http://ir.hemispherx.net/Events_Presentations.

The approval was based on submission of two pivotal studies, AMP-502 and AMP-516. Safety data also included additional CFS and non-CFS studies for a total of over 800 subjects including over 100 subjects with severe CFS who received Ampligen® for one year or longer. Several post-approval activities are required to be completed before product launch, including manufacturing site inspections and reimbursement evaluation by the Health Services Authority (SSS), the central health authority in Argentina. “Working closely with our partner in this effort, GP Pharm, our team at Hemispherx addressed all medical and scientific issues presented by ANMAT and deserves great credit for this major success. At Hemispherx, we may be small by big pharma standards, but our commitment to addressing this dire unmet medical need makes us mighty,” stated Hemispherx CEO Tom Equels.

Approval for commercial sale in Argentina provides a platform for potential commercial sales in certain countries within the European Union under regulations that support cross-border pharmaceutical sales of licensed drugs. Hemispherx and GP Pharm are now working to expand the approval of rintatolimod to additional countries with a focus on Latin America. In Europe, approval in a country with a stringent regulatory process in place, such as Argentina, adds further validation for the product as the Early Access Program (EAP) is launched in Europe.

“In Argentina, rintatolimod (Ampligen) has just been commercially approved for the severe disabling form of ME/CFS. The number of patients with ME/CFS is estimated to be over three million worldwide, however, only a portion of these have the severe and disabling form of the disease which we are targeting with this drug,” stated Tom Equels. “Until now, there has been no commercially available effective treatment and there are no advanced clinical candidates, other than rintatolimod, that we are aware of. This commercial approval in Argentina will dramatically improve our ability to treat patients suffering from severe ME/CFS in Latin America. We continue to work aggressively to clarify a path toward approval for those with severe ME/CFS in the United States, where we have Orphan Drug status, and therefore seven years of product exclusivity upon approval. We are greatly encouraged by this new regulatory approval in Argentina. This is the most significant accomplishment to date in Hemispherx’s plan to bring our drug to severe sufferers of ME/CFS worldwide.”

“We have worked diligently with Hemispherx to get to this point, and are now preparing for the commercial launch of rintatolimod for ME/CFS in Argentina,” commented Jorge Braver, chief executive officer of GP Pharm Latin America. “Looking ahead, we will continue to seek approval in additional Latin American countries.”
Posted by Erica Verrillo at 5:53 AM