My Pen Pals at the NIH 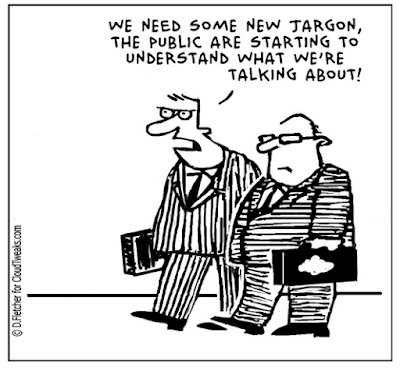 A few weeks ago I wrote a letter to the NIH ME/CFS Trans-NIH Working Group, stressing the fact that Dr. Walitt was not qualified to be Lead Clinical Investigator of the NIH study, or, for that matter, to be involved in the study in any capacity.

The Trans-NIH Working Group PR department has finally written me back.

It was a letter filled with reassurances designed to quell rather than to inform. I have no doubt that the person who wrote it hasn't the faintest idea what the study is about, or who Dr. Walitt is.

NIH has said that it is open to input from patients. But if their policy is to respond to our concerns with stock replies from their PR staff, what does that say about the value they place on our input? It is a hollow gesture to offer an open door, only to have it lead to an empty room.

This was my reply to the letter I received from NIH (scroll down to the end of this post to read it):

Thank you for your response to my letter concerning bias among investigators involved in the NIH study on ME/CFS. You have crafted a reassuring response without actually addressing my point.

My point is not that there is potential bias, but that your lead clinical investigator Dr. Brian Walitt is, in fact, biased. His bias has been expressed in a number of publications, as well as in an interview last September. Dr. Walitt believes that patients with fibromyalgia and related illnesses, such as ME/CFS, "catastrophize," that they exaggerate their symptoms, and that their disease has psychogenic origins, specifically in child abuse.

Psychogenic theories are a remnant of Freudian psychology, in which various disease states, including MS and gall bladder disease, among others, were attributed to childhood abuse. There is no scientific evidence to support these theories, nor will there ever be. Science demands the rigor of controlled studies, and a limitation of confounding variables. It also demands baseline measurements. The psychogenic claims espoused by Dr. Walitt have not conformed to these basic tenets of science. Instead they have merely echoed an increasingly outmoded style of thinking. His inclusion in this study is not only unfathomable, it is an embarrassment.

If this were a study on the biological origins of Alzheimer's disease, ALS, or Parkinson's, would you place someone in a position of authority who believed that these diseases were caused by childhood abuse, or that the patients were "catastrophizing" or exaggerating their symptoms? It would be absurd to include someone with such views, and equally absurd to claim that someone holding those views would not affect the study.

Dr. Walitt has no place in this study. Neither does Dr. Gill, who holds similar views, nor Dr. Saligan who has jointly published papers with Dr. Walitt espousing psychosomatic theories. If Dr. Collins is serious about studying this disease, as he has so often stated, he should show his commitment by appointing people to positions of authority who are actual experts.

Your email to the National Institutes of Health (NIH) ME/CFS Trans-NIH Working Group concerning myalgic encephalomyelitis/chronic fatigue syndrome (ME/CFS) has been forwarded to this Institute for reply.

We are pleased that you were able to join us for the NIH telebriefing on ME/CFS last month.  You expressed concern about potential bias among the investigators who will be involved with the new ME/CFS study at the NIH Clinical Center in Bethesda, Maryland.  Please know that the investigators have a keen interest in finding answers and life-changing treatments for people with ME/CFS.  The study protocol is designed to prevent any possible bias from affecting the results, and the large group of associate investigators, combined with the collaboration and oversight of the Executive Committee, should also help to ensure this.  We have utmost confidence in the dedicated, multidisciplinary team that will conduct this study, and we sincerely believe that the combined resources and expertise of the NIH will shed light on a previously unsolved medical puzzle.

If you have not already done so, you may wish to visit the Trans-NIH ME/CFS Working Group website at http://www.nih.gov/mecfs/about-mecfs.  This site will serve to keep people informed about the Working Group’s activities. The site includes FAQs about trans-NIH research on ME/CFS, reports from past ME/CFS workshops and meetings, and links to resources on ME/CFS for researchers and patients.

Thank you for your comments.  We at the NIH are confident that the new clinical study and other initiatives will support the efforts of the scientific experts who are working on this very challenging disorder and will encourage rapid scientific progress and the development of new ways to diagnose and treat ME/CFS.

We hope this information is helpful.

Office of Communications and Public Liaison,
National Institute of Neurological Disorders and Stroke
on behalf of the Trans-NIH ME/CFS Working Group
Posted by Erica Verrillo at 1:06 PM