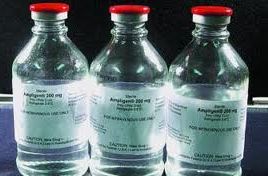 December 24, 2012 (HealthDay News) A U.S. Food and Drug Administration advisory committee on Thursday recommended against approval of the first proposed drug to treat chronic fatigue syndrome (CFS), intravenous Ampligen (rintatolimid).
Noting that the FDA denied approval for Ampligen in November 2009 due to methodological concerns, an advisory panel of the FDA reviewed a new analysis of one of the trials submitted in 2009. In Thursday's 8-to-5 vote, the advisory panel said the company hadn't provided enough data to support the approval of Ampligen. Although the FDA isn't bound to follow the recommendations of its advisory committees, it usually does so.
Ampligen, an immunomodulatory double stranded RNA drug developed by Hemispherx Biopharma in Philadelphia, PA, has been shown to help a subset of patients with CFS by reducing symptoms. The drug needs to be infused twice a week and is expensive, with a manufacturing cost of about $1,000 per patient per month. Largely positive anecdotal reports were presented in a teleconference conducted by the FDA with individuals with CFS who had used the drug.
"Patients with severely debilitating CFS suffer for years, both physically and cognitively, with little to no quality of life," write the authors of the Arthritis Advisory Committee Meeting briefing document. "The impact is felt by their families and our nation as a medical/social consequence. The current standard of care is palliative and provides little to no permanent relief."
More information: http://www.empr.com/fda-recommends-against-drug-to-treat-chronic-fatigue-syndrome/article/273785/#
Posted by Erica Verrillo at 9:50 AM