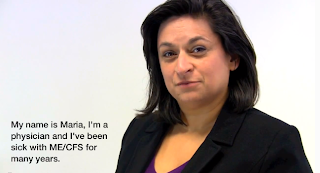 The Norwegian group, MEandYou, has begun fundraising for an ambitious study on the cancer drug, rituximab (trade name: Rituxan), for patients with ME/CFS.  Their goal is to raise 7 million kroner, or 1.2 million US dollars in three months to support a study headed by professor Olav Mella and Dr. Øystein Fluge at Haukeland University Hospital, Norway. A total of 140 patients will be involved. Rituximab made headlines when Mella and Fluge reported that several ME/CFS patients who had been treated for cancer using rituximab experienced a remission of ME/CFS. (For an excellent summary of the rituximab studies, read Cort Johnson’s article “A Drug For ME/CFS? The Rituximab Story.”)

Below is the full statement and call to action taken from MEandYou’s website.

Millions of people suffer from the disease ME, but today there are no medications to treat them. Scientists at Haukeland Hospital in Bergen have found that a drug might make more of them healthy. It was so startling that it made ​​international headlines in BBC, Der Spiegel, and ABC News. If the findings verified, thousands of patients worldwide have a healthier life.

Scientists at Haukeland need only one study to be able to find out if this is the breakthrough you have been waiting for. 140 ME sufferers have to try out the medication in a research project. It cost 7 million. However, the public authorities have refused to grant money.

We are fundraising the cost for 140 ME-sufferers to Haukeland Hospital, cancer ward, to be a part of a clinical trial on Rituxan. The cost is 1,2 million USD,  55 000 Norwegian kroner each. We are going to do it in 90 days.

The Rituxan study at Haukeland Hospital, presented in PlosOne autumn 2011, showed the most promising results worldwide for ME/CFS-sufferers. 2/3 had good or moderate effect. The bigger RCT-study has not had sufficient economical support from the official health care system to continue their research.

ME/CFS is a poorly understood, but debilitating, neuroimmunological illness with none or little treatment, that affects hundreds of thousands of people world wide. Have you ever thought about how much society would save just by getting a few of those sufferers back to work and as participants of the community?

What if it turns out that the research that you, as an individual, support will be a breakthrough in the medical field? What if you are one of those people who in few years can say that, yes, I was a part of it! This might be your chance. The patients, the families, the friends pass those well-established channels and contribute funds directly to the research projects we want to support, so that they become a reality. Do you want to be a part of it?

We can do it. MEandYou.

Posted by Erica Verrillo at 9:06 AM