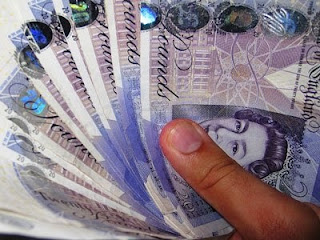 A pioneering biobank project aimed at the study of Myalgic Encephalomyelitis (ME) / chronic fatigue syndrome (CFS) has been awarded a grant totalling £1,029,411 ($1,588,225) over three years by the US National Institutes of Health (NIH).

A biobank is a large collection of biological samples including tissues such as blood, which provides a valuable database for scientific research. Patients with an illness, as well as healthy people (controls), volunteer their tissues for inclusion, and each sample can be linked with detailed clinical information about the donor.

The UK ME/CFS Biobank was launched in 2011. It is the only one in the UK and the first in Europe aimed at the study of the illness. The project is led by the London School of Hygiene & Tropical Medicine and is currently funded by the ME Association, Action for ME, ME Research UK and a private donor.

Samples for the ME/CFS Biobank are obtained via NHS primary care networks and other sources, and are then processed and securely stored at the University College London/Royal Free Hospital Biobank.

During phase one of the project, researchers successfully banked samples from over 100 clinically assessed ME/CFS patients and controls, along with key clinical information about the donors, which has been anonymised to maintain patient confidentiality.

The grant from the NIH will enable important research on the immunology and genetics of ME/CFS, which may lead to the discovery of much needed disease biomarkers. It will also help to expand the Biobank to store samples from over 500 participants, including almost 300 patients and over 200 controls (comprising healthy controls and people with multiple sclerosis), which will be made available to medical researchers internationally.

Dr Eliana Lacerda from the London School of Hygiene & Tropical Medicine, one of the lead researchers on the project, said: “At least one in every 500 adults in the UK is affected by ME/CFS at any one time, as well as a smaller but significant proportion of children. The NIH grant provides a huge boost to the Biobank, which will enable more research into the causes of ME/CFS and ultimately help those affected.”

Erinna Bowman, one of the project researchers, said: “A key component of our project is its longitudinal design, which includes participant follow-ups over an extended period of time. This longitudinal aspect makes the Biobank an even more valuable resource and presents new opportunities for scientific discovery in the years to come.”

The London School of Hygiene & Tropical Medicine is home to a dedicated research group working on research into ME/CFS.
Posted by Erica Verrillo at 1:47 PM