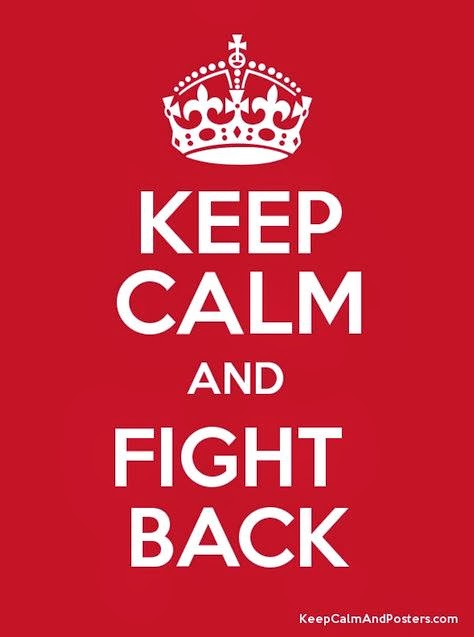 After listening to the IOM public meeting, after reading about what is happening to Karina Hansen and Justina Pelletier, and after poring over comments on blogs, forums, and news articles, there is no doubt in my mind that we are at war.

It is a war being waged against ill children, and against their mothers and fathers, who have been slapped with unverifiable, and outmoded, psychiatric diagnoses in order to strip them of their civil rights.

It is a war against people who suffer from complex, debilitating, expensive illnesses.

It is a war in which our enemies are ignorance, laziness, vested interests, venality, apathy, and lockstep thinking that places institutional welfare above the needs of individuals.

It is a war against the weak, waged by the strong.

This war has been instigated, and is being perpetuated, by our most powerful health institutions:
In the context of war, these can only be considered onslaughts.

Why are they doing this?

The answer to that question is actually fairly straightforward: money. As a result of the recent economic downturn, cash-strapped governments with extensive social welfare programs, such as national health plans, are cutting back on social services. The same holds true of insurance companies, which, in the US, always put profits first. Medical care is very expensive, which means insurers, whether they are state or private, will seek any means of reducing medical reimbursement – let’s say by reclassifying diseases which are complex, but not well-established in the medical mainstream, as psychological conditions. (The remedies for anxiety disorders – GET, CBT, antidepressants – are much cheaper than Ampligen.)

That’s the macro analysis. On a local level, people who are part of institutions with long-standing positions and policies have a stake in making sure the boat is not rocked. Their advancement within an institution is dependent on their ability to do only those things which are consistent with what has been done before. The primary goal of any institution is to perpetuate itself.

On a micro level, there are a number of people in influential positions (e.g. Simon Wessely) who have a personal stake in defending the status quo, some of whom have reaped substantial benefits (e.g. a knighthood) for doing so.

What should we do?

There are two trains of thought as to how we should proceed:


1) “If you can’t beat ‘em, join ‘em." This is the approach taken by the Let’s Get It Right Group. The idea is to work within the framework of existing power structures. This is called “reform.”

2) “If you can’t join ‘em, beat ‘em.” This is the approach taken by Jeanette Burmeister, and others. The idea is that HHS has repeatedly let us down, and if we work within their rules, they will do so again. This approach is often called “revolution.”

Arguments about the merits, and pitfalls, of each of these approaches – reform vs revolution – have raged since human institutions were formed.

And they rage within our community today, with acrimony on both sides. But must we fight amongst ourselves about the single most effective strategy?

If the institutions – and individuals – waging this war are hammering us with everything they’ve got, why can’t we do the same?

We have a large community, one that provides us with a broad range of talents, expertise, and experience.

Why not make good use of the entire range of what our community has to offer?
There is no institution, here or abroad, that is unaware of the power of public outcry.

So, let’s fight back on all fronts. Together.
Posted by Erica Verrillo at 11:41 AM