Time to Deliver Report: How Surveys on CFS and ME Fail to Deliver 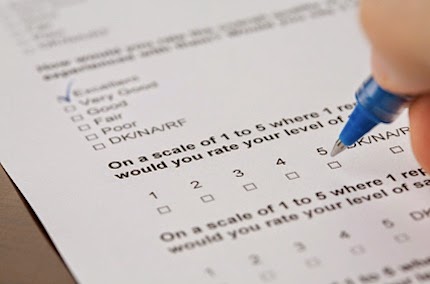 
"Revealing the daily challenges faced by those affected by M.E./CFS in the UK, M.E. Time to Deliver details the impact of M.E./CFS symptoms, highlighting in particular what life is like for those who are more severely affected, including primary and secondary healthcare for people with M.E./CFS, their experience of welfare benefits, social care, employment and education."

You can read the executive summary or read the full M.E. Time to Deliver.

The study did manage to accomplish its goal; it showed how inadequate care is for people with ME in the UK. It was not at all surprising that the majority of participants reported GPs who were uninformed about the illness, poor experiences in clinics, lack of specialty care, no follow-up after medical visits, delayed or reduced welfare benefits, and so on. These experiences are nearly universal.

What was interesting about the survey were the conflicting statistics.

The results of the survey showed that:
These positive results would seem to indicate that CBT, and GET are successful therapies for ME/CFS, at least for a subgroup. Of the roughly 700 people who had tried CBT, 350 said it was helpful. Yet, only 200 people were working normal hours. "Helpfulness" does not, in this case, mean a return of function. So, what does it mean? The survey didn't ask, so we can't know

Of the 400 people who had tried GET, 200 said it made them worse, while 133 said it had been helpful. But, once again, what is meant by "worse" and "helpful?" Does "worse" mean lying flat on one's back for long periods of time? Does "helpful" mean a lift of the spirits, even while one remains flat on one's back? To gain any sense of what these terms mean, they need to be clearly defined in terms of function, not feeling.

If one were to compare numbers, roughly 700 people said they were mildly ill, yet fewer than 200 people were still working normal hours. That means that the majority of mildly ill patients had stopped working. If an illness is serious enough to prevent a person from working or attending school, it cannot, by definition, be mild.

When designing a broad survey of this nature, it is important to ask people questions that apply to how they are functioning - rather than how they are feeling -  for the simple reason that most patients who have had ME/CFS for a long time have adjusted to it. If you had been bedridden for years, let's say, but can now drive, do light housework or some shopping, and talk on the phone or visit with friends for an hour or two, you might consider yourself to be mildly ill. Yet, you cannot work, go to school, attend an evening event, stand up and chat at a party, or do anything that might strain your system. Given those restrictions, no healthy person would define that lifestyle as being mildly ill.

Surveys that do not provide for the disparity between how patients interpret the words "mild," "moderate," "severe," "helpful," "worse" and how these words are interpreted by social programs, physicians, and government agencies do not, in the end, serve any practical purpose.
Posted by Erica Verrillo at 7:52 AM