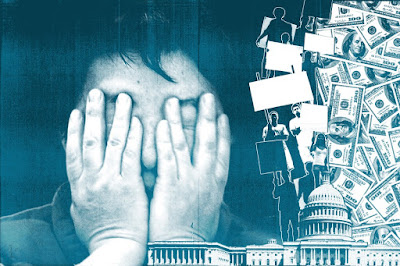 This is a big deal. How long have we waited for the NIH to acknowledge that this is a serious disease that merits research?

Press Release: NIH, Thursday, October 29, 2015. The National Institutes of Health is strengthening its efforts to advance research on Myalgic Encephalomyelitis/Chronic Fatigue Syndrome (ME/CFS), a disease for which an accurate diagnosis and effective treatment have remained elusive. The actions being taken include launching a research protocol at the NIH Clinical Center to intensely study individuals with ME/CFS and re-invigorating the efforts of the long-standing Trans-NIH ME/CFS Research Working Group with the National Institute of Neurological Disorders and Stroke (NINDS) as the lead of a multi-institute research effort.

“Of the many mysterious human illnesses that science has yet to unravel, ME/CFS has proven to be one of the most challenging,” said NIH Director Francis S. Collins, M.D., Ph.D. “I am hopeful that renewed research focus will lead us toward identifying the cause of this perplexing and debilitating disease so that new prevention and treatment strategies can be developed.”

NIH’s direction on the disease is being guided by a recent Institute of Medicine report External Web Site Policy, that recommended new diagnostic criteria and a new name for the disease (Systemic Exertion Intolerance Disease), and an NIH-sponsored Pathways to Prevention meeting External Web Site Policy that generated a position paper and report with recommendations for research strategies.

According to the Centers for Disease Control and Prevention, ME/CFS is estimated to affect more than 1 million Americans, and has been reported in people younger than 10 years of age and older than age 70. ME/CFS is an acquired, chronic multi-system disease characterized by systemic exertion intolerance, resulting in significant relapse after exertion of any sort. The disease includes immune, neurological and cognitive impairment; sleep abnormalities; and dysfunction of the autonomic system, which controls several basic bodily functions. These symptoms result in significant functional impairment accompanied by profound fatigue. Additional symptoms may include widespread muscle and joint pain, sore throat, tender lymph nodes and headaches. Effects of the illness can range from moderate to debilitating, with at least one-quarter of individuals with ME/CFS being bedbound or housebound at some point in the illness and many individuals never regaining their pre-disease level of functioning. Because the pathology of ME/CFS remains unknown and there is no test to diagnose the disease, studies to date have used different criteria for diagnosis, which has limited the ability to compare results across studies. Additionally, many of the published studies are based on small study populations and have not been replicated.

In an effort to remedy this situation, NIH will design a clinical study in the NIH Clinical Center with plans to enroll individuals who developed fatigue following a rapid onset of symptoms suggestive of an acute infection. The study will involve researchers from NINDS, the National Institute of Allergy and Infectious Diseases, National Institute of Nursing Research and National Heart, Lung, and Blood Institute. The primary objective of the study is to explore the clinical and biological characteristics of ME/CFS following a probable infection to improve understanding of the disease’s cause and progression.

NIH will also be considering additional ways to support ME/CFS research in the extramural research community. Since the root cause of ME/CFS is unknown and the manifestations of the disorder cut across the science interests of multiple NIH institutes and centers, a trans-NIH working group will be needed to assist that plan. NINDS Director Walter J. Koroshetz, M.D., will chair the Working Group along with Vicky Holets Whittemore, Ph.D., the NIH representative to the U.S. Department of Health and Human Services’ Chronic Fatigue Syndrome Advisory Committee. One goal of the group will be to explore how new technologies might shed light on what causes ME/CFS. The Working Group includes representation from 23 NIH institutes, centers and offices.