The PACE Wars Continue: A request for data, and a denial 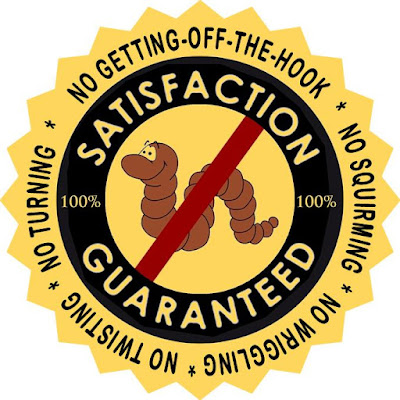 The PACE wars are continuing, with James Coyne, David Tuller, Ronald W. Davis, Vincent R. Racaniello, Bruce Levin, and even a former editor of the BMJ on one side, and the authors of the PACE trial (along with their supporting institutions) on the other.

When the former editor of the British Medical Journal characterizes the refusal to release PACE data as "defending the indefensible," you know the tides are turning. (The BMJ published a long-term follow-up on PACE claiming continued benefits of CBT and GET.) Other researchers who, like James Coyne, are not directly connected to ME/CFS are also weighing in on the side of transparency.

In an effort to verify the claims made by PACE, four researchers have now asked for PACE data. Their request is based solely on the basis of getting to the truth. Nothing could be more reasonable.

A similar request by James Coyne was denied on the basis that the data might be "misused" and patients' rights violated. However, in the same denial, the authors conceded that they had indeed released data, but only to researchers who had validated their study.

In short, the PACE authors seem to be saying that as long as you validate their research, patient rights will be protected.

This can't end well for the PACE team.

You can sign a petition to retract the PACE trial HERE.

A request for data from the PACE trial

The PACE study of treatments for ME/CFS has been the source of much controversy since the first results were published in The Lancet in 2011. Patients have repeatedly raised objections to the study’s methodology and results. (Full title: “Comparison of adaptive pacing therapy, cognitive behaviour therapy, graded exercise therapy, and specialist medical care for chronic fatigue syndrome: a randomized trial.”)

Recently, journalist and public health expert David Tuller documented that the trial suffered from many serious flaws that raise concerns about the validity and accuracy of the reported results. We cited some of these flaws in an open letter to The Lancet that urged the journal to conduct a fully independent review of the trial. (Dr. Tuller did not sign the open letter, but he is joining us in requesting the trial data.)

These flaws include, but are not limited to: major mid-trial changes in the primary outcomes that were not accompanied by the necessary sensitivity analyses; thresholds for “recovery” on the primary outcomes that indicated worse health than the study’s own entry criteria; publication of positive testimonials about trial outcomes and promotion of the therapies being investigated in a newsletter for participants; rejection of the study’s objective outcomes as irrelevant after they failed to support the claims of recovery; and the failure to inform participants about investigators’ significant conflicts of interest, and in particular financial ties to the insurance industry, contrary to the trial protocol’s promise to adhere to the Declaration of Helsinki, which mandates such disclosures.

Although the open letter was sent to The Lancet in mid-November, editor Richard Horton has not yet responded to our request for an independent review. We are therefore requesting that Queen Mary University of London to provide some of the raw trial data, fully anonymized, under the provisions of the U.K.’s Freedom of Information law.

In particular, we would like the raw data for all four arms of the trial for the following measures: the two primary outcomes of physical function and fatigue (both bimodal and Likert-style scoring), and the multiple criteria for “recovery” as defined in the protocol published in 2007 in BMC Neurology, not as defined in the 2013 paper published in Psychological Medicine. The anonymized, individual-level data for “recovery” should be linked across the four criteria so it is possible to determine how many people achieved “recovery” according to the protocol definition.

We are aware that previous requests for PACE-related data have been rejected as “vexatious.” This includes a recent request from psychologist James Coyne, a well-regarded researcher, for data related to a subsequent study about economic aspects of the illness published in PLoS One—a decision that represents a violation of the PLoS policies on data-sharing.

Our request clearly serves the public interest, given the methodological issues outlined above, and we do not believe any exemptions apply. We can assure Queen Mary University of London that the request is not “vexatious,” as defined in the Freedom of Information law, nor is it meant to harass. Our motive is easy to explain: We are extremely concerned that the PACE studies have made claims of success and “recovery” that appear to go beyond the evidence produced in the trial. We are seeking the trial data based solely on our desire to get at the truth of the matter.

We appreciate your prompt attention to this request.

David Tuller, DrPH
Lecturer in Public Health and Journalism
University of California, Berkeley
Posted by Erica Verrillo at 8:54 AM