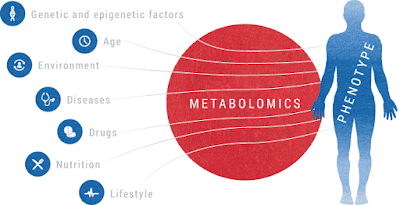 Press Release: U.C. San Diego, August 29, 2016. Chronic fatigue syndrome (CFS) is a mysterious and maddening condition, with no cure or known cause. But researchers at the University of California San Diego School of Medicine, using a variety of techniques to identify and assess targeted metabolites in blood plasma, have identified a characteristic chemical signature for the debilitating ailment and an unexpected underlying biology: It is similar to the state of dauer, and other hypometabolic syndromes like caloric restriction, diapause and hibernation.

Dauer is the German word for persistence or long-lived. It is a type of stasis in the development in some invertebrates that is prompted by harsh environmental conditions. The findings are published online in the August 29 issue of PNAS.

“CFS is a very challenging disease,” said first author Robert K. Naviaux, MD, PhD, professor of medicine, pediatrics and pathology and director of the Mitochondrial and Metabolic Disease Center at UC San Diego School of Medicine. “It affects multiple systems of the body. Symptoms vary and are common to many other diseases. There is no diagnostic laboratory test. Patients may spend tens of thousands of dollars and years trying to get a correct diagnosis.”

As many as 2.5 million Americans are believed to have CFS. It most often afflicts women in their 30s to 50s, though both genders and all ages can be affected. The primary symptom is severe fatigue lasting at least six months, with corollary symptoms ranging from muscle pain and headaches to sleep and memory problems.

Naviaux and colleagues studied 84 subjects: 45 men and women who met the diagnostic criteria for CFS and 39 matched controls. The researchers targeted 612 metabolites (substances produced by the processes of metabolism) from 63 biochemical pathways in blood plasma. They found that individuals with CFS showed abnormalities in 20 metabolic pathways. Eighty percent of the diagnostic metabolites measured were decreased, consistent with hypometabolic syndrome or reduced metabolism. The diagnostic accuracy rate exceeded 90 percent.

“Despite the heterogeneity of CFS, the diversity of factors that lead to this condition, our findings show that the cellular metabolic response is the same in patients,” said Naviaux. “And interestingly, it’s chemically similar to the dauer state you see in some organisms, which kicks in when environmental stresses trigger a slow-down in metabolism to permit survival under conditions that might otherwise cause cell death. In CFS, this slow-down comes at the cost of long-term pain and disability.”

Naviaux said the findings show that CFS possesses an objectively identifiable chemical signature in both men and women and that targeted metabolomics, which provide direct small molecule information, can provide actionable treatment information. Only 25 percent of the metabolite disturbances found in each person were needed for the diagnosis of CFS. Roughly 75 percent of abnormalities were unique to each individual, which Naviaux said is useful in guiding personalized treatment.

“This work opens a fresh path to both understanding the biology of CFS and, more importantly to patients, a robust, rational way to develop new therapeutics for a disease sorely in need of them.”

The study authors noted additional research using larger groups of participants from diverse geographical areas is needed to validate both the universality and specificity of the findings.

For more information about CFS and mitochondrial research, visit naviauxlab.ucsd.edu