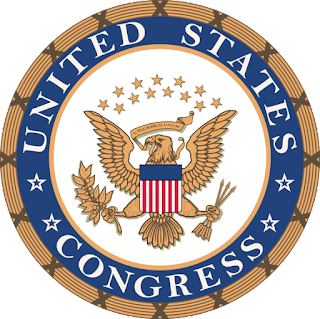 After dogged work by advocates, fifty-five members of Congress have added their signatures to a letter initiated by representatives Zoe Lofgren (D - CA) and Anna Eshoo (D - CA).

The letter urges NIH to respond in a timely fashion to requests for grants. It also asks NIH to report its efforts to fund research as well as the status of specific plans for funding over the next two years.

Congressional support is crucial for obtaining funding for research because unlike agencies, which are beyond our influence, representatives have an obligation to support the interests of their constituents.
____________________

LOS ANGELES, September 9, 2016 – After years of neglect by the National Institutes of Health (NIH), patients suffering from myalgic encephalomyelitis (ME), commonly known as chronic fatigue syndrome (CFS), created a win today as members of Congress came together urging the NIH to do the right thing and strengthen ME/CFS research.

In a formal U.S. House of Representatives letter published today (“the letter”), 55 members of Congress called upon NIH Director Francis Collins to strengthen the NIH’s efforts in ME/CFS biomedical research through a reinvigorated trans-NIH ME/CFS working group as well as additional intramural and extramural research programs.

As the letter explains, “ME/CFS is a complex, debilitating, and chronic disease afflicting 1 to 2.5 million Americans. It costs individuals, the U.S. health care system, and our economy an estimated $17-$24 billion annually. Yet, as the Institute of Medicine noted in its report, ‘Beyond Myalgic Encephalomyelitis/Chronic Fatigue Syndrome: Redefining an Illness,’ there has been ‘remarkably little research funding’ to date to discover its cause or possible treatments.”

Thanks to the hard work of #MEAction, the Solve ME/CFS Initiative (SMCI), and dozens of independent advocates, the letter attracted a broad coalition of bipartisan cosigners led by U.S. Representatives Zoe Lofgren and Anna Eshoo of California. In addition to encouraging advocates all across the country to reach out to their own representatives, SMCI President Carol Head also wrote a personal letter to all 435 representatives, urging them to sign onto the letter.

Said SMCI President Carol Head, “The NIH has failed to live up to its commitment to ME/CFS patients and has not followed the recommendations put forth in the 2015 IOM report; now, thanks to the actions of a coalition of hardworking advocates and members of Congress, we expect this to change.”

To read the letter and see the 55 members of Congress who signed on, view the letter here.

About the Solve ME/CFS Initiative (SMCI)

The Solve ME/CFS Initiative (SMCI) was founded in 1987 and has established itself as the leading non-profit organization dedicated to ME/CFS. The organization’s mission is to make ME/CFS widely understood, diagnosable, and treatable by stimulating and conducting research aimed at the early detection, objective diagnosis, and effective treatment of ME/CFS. SMCI is the first and only ME/CFS organization to earn the highest possible distinction (a 4-star rating) from Charity Navigator, America’s largest independent charity evaluator.