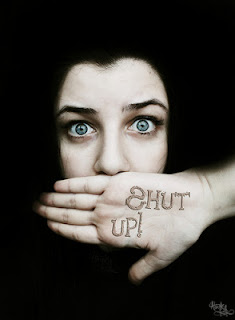 This article appeared on June 12, 2013 on the UK Human Rights Blog. Mr. Courtney's unsuccessful attempt to gain access to the complete results of the PACE trial raises two important points: 1) While the write-up in the Lancet claimed that there was an improvement in patients with ME/CFS after treatment with GET and CBT, it intentionally failed to mention the number of patients who got significantly worse on each treatment during the trial, and 2) When full results from a medical trial are withheld from the public, how does that affect the right of patients to know if a therapy might potentially harm them?

"Between 2005 and 2010 Queen Mary ran a trial into the efficacy and safety of the current treatments for Chronic Fatigue Syndrome/Myalgic Encephalopathy, namely Adaptive Pacing Therapy , Cognitive Behaviour Therapy and Graded Exercise Therapy. £5m of public money was spent, and the perceived benefits (and some of the detriments) were written up into a major article published in the Lancet in March 2011. The upshot, said this article, was that CBT and GET could be safely added to current medical care with a moderate improvement in outcomes. This recommendation has already fed into an interim review of the NICE guidelines on CFS/ME.

However, the data on deterioration within the trial had not been fully published. You could not see how many patients deteriorated in response to each therapy, just the net deterioration over the whole cohort. Our appellant, Mr Courtney, is evidently a bit sceptical about the results of this trial. As he pointed out, the deterioration data had a 20 point difference, whereas the improvement had only to be modest – an 8 point difference. And, he said, how can patients sensibly form a view on treatment without knowing how much deterioration that specific treatment might cause?

So Mr Courtney asked for a full set of the deterioration data for each therapy. Queen Mary sought to withhold it on the basis of section 22 of the Freedom of Information Act 2000 – information intended for future publication. And, after a hiccup before the Information Commissioner, they succeeded before the FTT."

QM said that, because they had undertaken the work which generated the raw data, they should have the opportunity to present in the context of a full scientific commentary tested by peer review. Conversely, premature publication of provisional research results “particularly if made in a lower ranking journal” might undermine the credibility of the final conclusions. (Here we are very much in the territory of the UEA climate change scientists not wanting the sceptics to get the raw data before UEA has said its piece). Without peer review, QM would be “casting clinicians and patients adrift” – “the data could be manipulated”‘; there is a need for “sufficiently robust scientific contextualisation.”

There is something in all of this, but it is also a little bit over the top. It is quite understandable that the researchers might want a short priority period for publication of their research.  But their wishes should not be driven by the desire of private top-ranking journals to have an exclusive on the data – as Mr Courtney rightly argued, that is a matter of private interest, not public interest.

The FTT found for the University. The additional time sought by it was necessary to finalise the analysis, commentary and peer review process. Hence, the withholding of this data fell within section 22 and was in the public interest.

This sort of issue does not seem to have come before the FTT or the courts before. There is an Information Commissioner’s decision on section 22 (see here) where, one infers, a rival academic wished to get hold of a PhD student’s thesis deposited with Liverpool University – the application was refused. The PhD student wished to publish the thesis in book form, and wanted a period in which to see if she could do so. The public interest was rather limited; the student had privately paid to do the PhD, so unlike the QM case, public money was not involved. The IC decision is also very coy about the nature of the thesis, so one cannot tell whether it is of wider public or narrowly academic interest. On the other hand, one cannot be too sorry that the applicant lost, given the more general interest in wider academic publication of scholarly work – better that it be in a published book rather than in a university archive.

One final observation. QM nearly got itself into trouble in this case because of its curious publication strategy. It is odd to publish research about the merits of a given set of treatments, without having finalised one’s analytical work on the therapy-specific demerits. From a medical ethics perspective, I wonder to what extent the clinicians and patients appreciated that to some extent the 2011 Lancet publication was work-in-progress – because that is the implication of QM’s arguments on this appeal."
Posted by Erica Verrillo at 3:46 AM