How Will a Name Change Affect People Diagnosed With CFS? FAQs 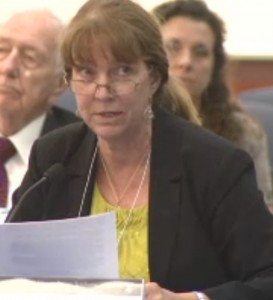 The CFS/ME community has posed a number of questions concerning the petition to replace the CDC ("Fukuda") criteria with the Canadian Consensus Criteria for ME. The petition calls for dropping the name CFS entirely, replacing it with ME (myalgic encephalomyelitis), the term currently in use in the rest of the world. In this Q&A, Mary Dimmock, one of the founders of the newly formed organization, National Advocacy Alliance for ME (NAAME) answers frequently asked questions.

You can read the letter to the DHHS HERE.

Answer: Patients with “CFS” will not be abandoned. It is critical that implementation of this change be carefully managed so that these patients are re-evaluated and given a correct diagnosis. If unexplained conditions remain, it will be necessary to perform the studies needed to understand these conditions and establish more appropriate names and definitions.

Question: How will this affect disability or insurance? We cannot afford to lose either one.

Answer: It will be important to have a carefully thought out implementation plan that manages this change to ensure that patients do not lose disability or insurance benefits simply as a result of changing the diagnosis.

Answer: Researchers and professionals routinely learn about the history of names and definitions associated with any disease. They also need to understand what criteria were used in the past for any study under review.

This is especially critical with the “CFS” literature, because while it contains good research studying the essential features of ME, it also contains studies that used patients who met other conditions (i.e. depression and deconditioning) falling under the Oxford and Fukuda (CDC) case definitions. As a result, much of the “CFS” data does not represent one illness or even one illness with subsets, but rather a variety of “fatiguing conditions,” which have been thrown into the CFS diagnosis-of-exclusion wastebasket.

Continuing to use the “CFS” label will only exacerbate a very confusing situation, doing a disservice to ME patients and to all patients who deserve to be properly diagnosed and treated.

Question: We have more important issues to deal with such as funding, and attracting new doctors and researchers. Isn’t this just a side issue?

Answer: It is critical that we have more funding, but if we don’t fix the definition first, we will continue to study the wrong disease and have progress impeded by poor cohorts. The resulting confusion will make it difficult to attract young researchers and doctors who will not see a career opportunity in “CFS.”

Question: Research centers for CFS have recently been established. If we stop using the name “CFS” won’t that confuse the donors?

Answer: It is true that a number of research institutes have recently been opened and some of them use the term “”CFS” or even “CF.” But the donors to these institutes have a personal connection to the disease. They will continue to fund the centers no matter what the illness is called. However, attracting additional funders will be hindered by the confusion generated by the definition of the disease. The sooner we can resolve this problem, the better off we’ll be.

Question: CFS biobanks have been established using the Fukuda criteria. Will we lose those samples if the definition is changed?

Answer: The biobanks using the Fukuda definition could contain a mix of patients with ME and those who don’t. Using these mixed samples will continue to confound research. It is important that we have a well-characterized set of samples in the biobank and know which samples are from ME patients.

Answer: It is possible that with further study we will eventually determine a better name. But because ME was adopted by the World Health Organization in 1969, it is the best placeholder until that time and avoids the serious problems caused by the use of the term “CFS”.

Question: Wouldn’t the best course be to tighten up the “CFS” definition, not get rid of it? Then we can keep the literature base, the biobanks, and so on.

Answer: There are two problems with this approach. First is the long history of the term “CFS,” which is non-specific and now widely associated with diverse conditions, especially psychiatric illnesses. This has tainted the term and made it clinically meaningless. Second, the term “CFS” is used for those studying patients who meet the Oxford criteria (which is essentially fatigue). As long as we keep the term “CFS” the Oxford criteria will remain in effect.

Question: Dr. Leonard Jason recently published a paper that reports that the ME-ICC and the Canadian Consensus Criteria include more psychiatric co-morbidities than the Fukuda definition, and recommended that more study be done. Does that mean we should wait to recommend any criteria until then?

Answer: Dr. Jason acknowledged that his study was limited due to the use of a questionnaire designed for the Fukuda definition. Additionally, the study was unable to assess one of the key ME-ICC symptoms because the data were not available. Finally, the study did not look at homebound or bedbound patients.

What is also significant in Dr. Jason’s study is that ME-ICC identified a much tighter group of patients (39 compared to 113 for Fukuda) with more functional impairments and physical, mental and cognitive problems than those meeting the Fukuda criteria.

Clearly, additional study is needed to operationalize the definition and to improve how it characterizes the disease, especially subtypes. But continuing to use the 19-year-old Fukuda definition - which is also not operationalized and does not describe subtypes - is not going to advance scientific knowledge and will only continue to hurt patients.

The Canadian Consensus Criteria (CCC) has been used clinically and in research for over ten years. There is no doubt that it better represents the disease. Using the CCC now will allow us to begin to make progress in research and to address the widespread dismissive attitude held by the medical community.

Question: We still don’t know for sure that post-exertional malaise (PEM) is real and we don’t have agreement on how to measure it. How can PEM be used by researchers as a primary symptom?

Answer: The work of Dr. Christopher Snell as well as the work of the Lights have not only demonstrated the reality of PEM but have provided the objective test to demonstrate it using the two- day cardiopulmonary exercise test (CPET). This test is the gold standard for functional capacity evaluations and is approved by a number of major American medical societies and organizations.

Question: Isn’t the Canadian Consensus Criteria is too complicated for doctors to use?

Answer: At the May, 2013 CFS Advisory Committee meeting (CFSAC), Dr. Unger raised a concern that the Canadian Consensus Criteria is too complicated for doctors. But we must not lose sight of the fact that this is a complicated disease and simple criteria, especially those like Fukuda and Oxford, that fail to require the hallmark symptoms of the disease are misleading doctors and hurting patients every day. Any doctor capable of treating the complexity of this disease will be able to understand the Canadian Consensus Criteria.
Posted by Erica Verrillo at 4:40 AM