For Everyone Out There Who is Hopelessly Confused By The Events of the Past Few Weeks, Mary Schweitzer Explains the 2-Day CPET, the CDC, and the IOM 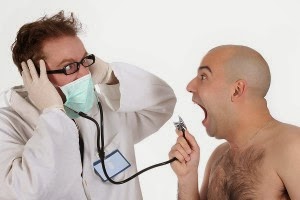 In case you are suffering from acronym overload (CPET, PEM, CDC, IOM, CFSAC, HHS) this excellent blog post written by Mary Schweitzer, a veteran ME/CFSer and patient advocate, puts it all into perspective. The post originally appeared on her blog Slightly Alive on September 16. 2013. Reprinted with permission.


Why CDC must use two-day CPET testing - and specialists must define the disease, not bureaucrats

So Dr. Elizabeth Unger and the CDC have decided against a two-day exercise test in their supposedly all-encompassing, supposedly cooperative, upcoming CFS study.

Why am I not surprised?

When normal people go walking or bicycling or jogging, it is called "aerobic exercise" because while their body is exercising, it's using normal amounts of oxygen from air with carbon dioxide being expelled through their lungs. If you do aerobic exercise regularly, it is good for you. You get stronger and can go longer times or distances. For a normal person, aerobic metabolism can be measured with heart rate: (220 - your age) times 60% for the lower bound, (220 - your age) times 80% for the upper bound.

If your heart rate exceeds the upper bound, you're no longer operating in aerobic metabolism - your body will shift into what is called anaerobic exercise.

Weightlifting is an example of anaerobic exercise - you go past the point where the muscles can get enough oxygen from the lungs, and they start breaking down muscle to get it. That's okay - the muscle rebuilds stronger. But if you have to give the muscles a two-day rest, so in training, you either alternate working on upper body one day and lower body the next, or do weightlifting every other day.

If you push harder than that - even as an athlete - if you go too far with the supposedly aerobic exercise that your body switches into anaerobic, or do anaerobic exercises (like weightlifting) too frequently, the body starts living in anaerobic metabolism, and that is bad, because breaking down too many proteins this way poisons the body. If you don't have the good sense to stop, your body does - eventually it will MAKE you rest.

A gung-ho young athlete who is improperly trained can screw himself up with too much anaerobic exercise, and then his/her body will just refuse to keep going - for up to 3 weeks. That is called "over-training syndrome."

Professional and collegiate trainers keep close tabs on their athletes because of this.

For some reason our bodies shift into anaerobic metabolism (generally anything that sends our heart rates over 100) too soon. In my case, just walking does it when I'm sick. So you could say that our bodies are responding to "normal" activities as if we were athletes pushing too hard, that is, to a certain degree we are perpetually in the midst of "overtraining syndrome."

They use the VO2 MAX test (or CPET - Cardio-Pulmonary Exercise Testing) to measure this.

People with a bad heart have the same problem, and again they turn to the VO2 MAX stress test to measure it.

A recent set of studies* have found that those of us who are REALLY sick score badly on just one day of exercise - which then makes you wonder about the over-prevalence of heart attacks among us. So a score in the danger range (that would be me off Ampligen) should be taken seriously.

Most patients in this study are not going to score THAT low - they will score low-normal. The problem is, so do couch potatoes.

The amazing thing Staci Stevens and Chris Snell found was that high-functioning patients may score the same as deconditioned controls (the afore-mentioned couch potatoes) in one day of exercise - but on the SECOND day, the controls' scores don't change, whereas the patients' scores plummet IN HALF.

Which makes sense if you have a good understanding of this disease. But is really quite an astonishing finding for outsiders.

AND it is the best argument we have with which to make the case that graded exercise programs can hurt patients. Can make them worse. In some cases, can leave them paralyzed (something no one in government wants to talk about).

So if you want to measure that cardinal symptom of our disease that is often called post-exertional malaise (PEM), or post-exertional worsening of symptoms, you need a TWO-DAY test. Otherwise, we don't come off any different than someone who is not in shape.

Which means that by refusing to do the two-day test, CDC's results will make it look as if graded exercise was a good idea.

And that is bad. Bad enough that I think we are being set up. You can't say CDC doesn't KNOW that the two-day test has a different meaning - Chris Snell used to be president of CFSAC. And I've attended FDA meetings where Dr. Unger and Dr. Snell sat on the same dais. She knows. She is CHOOSING not to do the two-day test, knowing full well that it is the TWO-day test that demonstrates PEM.

Now, you're CDC. Supposedly the best in the world. You'd want to use the best methods, wouldn't you?

CDC's explanation for not dong the two-day test is that it would be an imposition for patients. But both Staci and Chris found that while the deconditioned controls could get whiney about having to do the test, patients with ME/CFS (Canadian) would walk on hot coals if it would move the science of this disease further along. So the supposition that the patients wouldn't want to have to come two days in a row does not fit what we already know.

The only time I ever saw Dr. Unger get angry in a CFSAC meeting was when we were all calling for a change in the CDC's recommendation of graded exercise. We asked not only that they quit recommending it, but also that they openly WARN physicians about the dangers. She was furious. She said that the emphasis on graded exercise was supported by scientists and was not negotiable. Those very words. Not negotiable.

Thus, by constructing this new study in such a way that patients will look like couch potatoes, Dr. Unger and CDC preserve their nonnegotiable stance of promoting graded exercise.

Why do I feel like I am being set up?

I also noticed in the latest CFSAC announcement that CDC has returned to the IOM, where nobody knows anything about this disease except what CDC tells them, for the "new definition." The community of ME/CFIDS patients and clinicians had strenuously protested this through appropriate channels; CDC responded that they they heard us and were backing off - but not two weeks later, they have already gone back on their word.

Our position remains that it is currently active ME and CFIDS specialists and clinicians who should be drawing up that new definition. Like the ones on CFSAC. Not, well, strangers. They should put together a committee with John Chia (USC), Jose Montoya (Stanford), Dan Peterson (Simarron Institute), Lucinda Bateman (U of Utah), Alan and Kathleen Light (U of Utah), Nancy Klimas (Nova University), Mary Ann Fletcher (Miami), Martin Lerner, Paul Cheney, Maureen Hanson (Cornell), Gordon Broderick (U of Alberta), Charles Lapp (Duke), Anthony Komaroff (Harvard), Ben Natelson (NJ College of Medicine), Susan Levine, Ian Lipkin (Columbia), Derek Enlander (Mt. Sinai NYC) - and Chris Snell or Stavi Stevens. As a start. Not hired strangers.

These are VERY VERY BAD developments that roll things backwards to the early 1990s.

At least the insurance companies will be happy.

My apologies to those I missed, and those whose affiliations I missed. The larger point is that these are clinician-scholars working at top-level institutions. They should not be ignored.
Posted by Erica Verrillo at 6:27 PM