"Our ME/CFS Experts Have Spoken on the Case Definition" 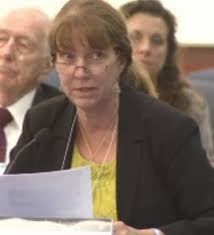 On September 23, 2013, HHS announced that it has entered into a contract with the Institute of Medicine to begin work to develop “clinical diagnostic criteria” for ME/CFS.

That same day, 35 of the leading researchers and clinicians in the field of Myalgic Encephalomyelitis/Chronic Fatigue Syndrome (ME/CFS) wrote an open letter to Health and Human Services Secretary Kathleen Sebelius to announce that they have reached a consensus on adopting the Canadian Consensus Criteria (CCC) as the research and clinical case definition for ME/CFS. They called for HHS to follow their lead by using the CCC as the sole case definition for ME/CFS in all of HHS’s activities related to the disease and strongly urged HHS to abandon its plans to reach out to groups like the Institute of Medicine to develop clinical diagnostic criteria.

Acknowledging that the case definition will be refined as science advances, the authors unambiguously endorsed the Canadian Consensus Criteria as the baseline criteria, stating:

“The expert biomedical community will continue to refine and update the case definition as scientific knowledge advances, for example, this may include consideration of the 2011 ME International Consensus Criteria … As leading researchers and clinicians in the field, however, we are in agreement that there is sufficient evidence and experience to adopt the CCC now for research and clinical purposes, and that failure to do so will significantly impede research and harm patient care.”


Just as directly, the authors stated their strong opposition to the IOM initiative, stating:

“We strongly urge [HHS] to abandon efforts to reach out to groups such as the Institute of Medicine (IOM) that lack the needed expertise to develop “clinical diagnostic criteria” for ME/CFS. Since the expert ME/CFS scientific and medical community has developed and adopted a case definition for research and clinical purposes, this effort is unnecessary and would waste scarce taxpayer funds that would be much better directed toward funding research on this disease. Worse, this effort threatens to move ME/CFS science backward by engaging non-experts in the development of a case definition for a complex disease about which they are not knowledgeable.”


Wow! Could our experts have spoken any more clearly, loudly and collectively?

More than any other issue, HHS’ decades long failure to adopt a definition that actually reflects our disease has confounded research and forestalled drug development. It has caused doctors to dismiss their patients’ illness or attribute it to depression. It has bred the widespread stigma and misunderstanding that ME/CFS patients face every day. By its actions, HHS has abandoned ME patients to lives of terrible debility and suffering with no treatments, no care and no hope that anything will ever change. In the face of such suffering, some patients have chosen suicide.

Compounding its mistakes, HHS unilaterally entered into a contract with the Institute of Medicine (IOM) to develop clinical diagnostic criteria and has repeatedly stated its intent to use non-experts to define our disease. We need only look to the Gulf War Illness experience with IOM's vague, overly broad definition to know that this would be disastrous.

But today, thanks to our experts, the time for pretending ME/CFS doesn’t exist is OVER! The time for burying this devastating disease inside of a vague collection of unexplained fatiguing illnesses is OVER! To quote advocate Tom Hennessey, NO MAS!

HHS can no longer claim that there is a lack of consensus amongst disease experts. As with every other disease, it is time for HHS to follow the lead of our disease experts and adopt the CCC for research and clinical purposes. In particular, HHS must now stop wasting taxpayer dollars on misguided efforts that, in the words of the letter authors, “threaten to move ME/CFS science backwards.”

For patients who have suffered the negative effects of "research" on ‘false illness beliefs” and "maladaptive coping styles," this is finally a way out of the morass, an escape route from all that wasted time and effort. As the authors stated, adopting the CCC will “jump start progress and lead to much more rapid advancement in research and care for ME/CFS patients.” It gives hope that our ilness will be treated as the terrible disease that it is and that progress will now come quickly. It gives hope that we will soon rise up from our beds!

This letter is remarkable and historic for the ME/CFS community.

But what does this letter mean in terms of the IOM contract that HHS has just signed? Typically, like most contracts, government contracts have mechanisms built into them to allow the contract to be cancelled when the contract no longer makes sense.

Now that the ME/CFS experts have spoken, the path forward is clear. It does not make sense to waste money and time redefining the disease when the experts have now agreed upon the immediate adoption of the CCC.

We need to send two strong messages to HHS.

The Sept 23, 2013 open letter from ME/CFS researchers and clinicians to Secretary Sebelius can be found here.