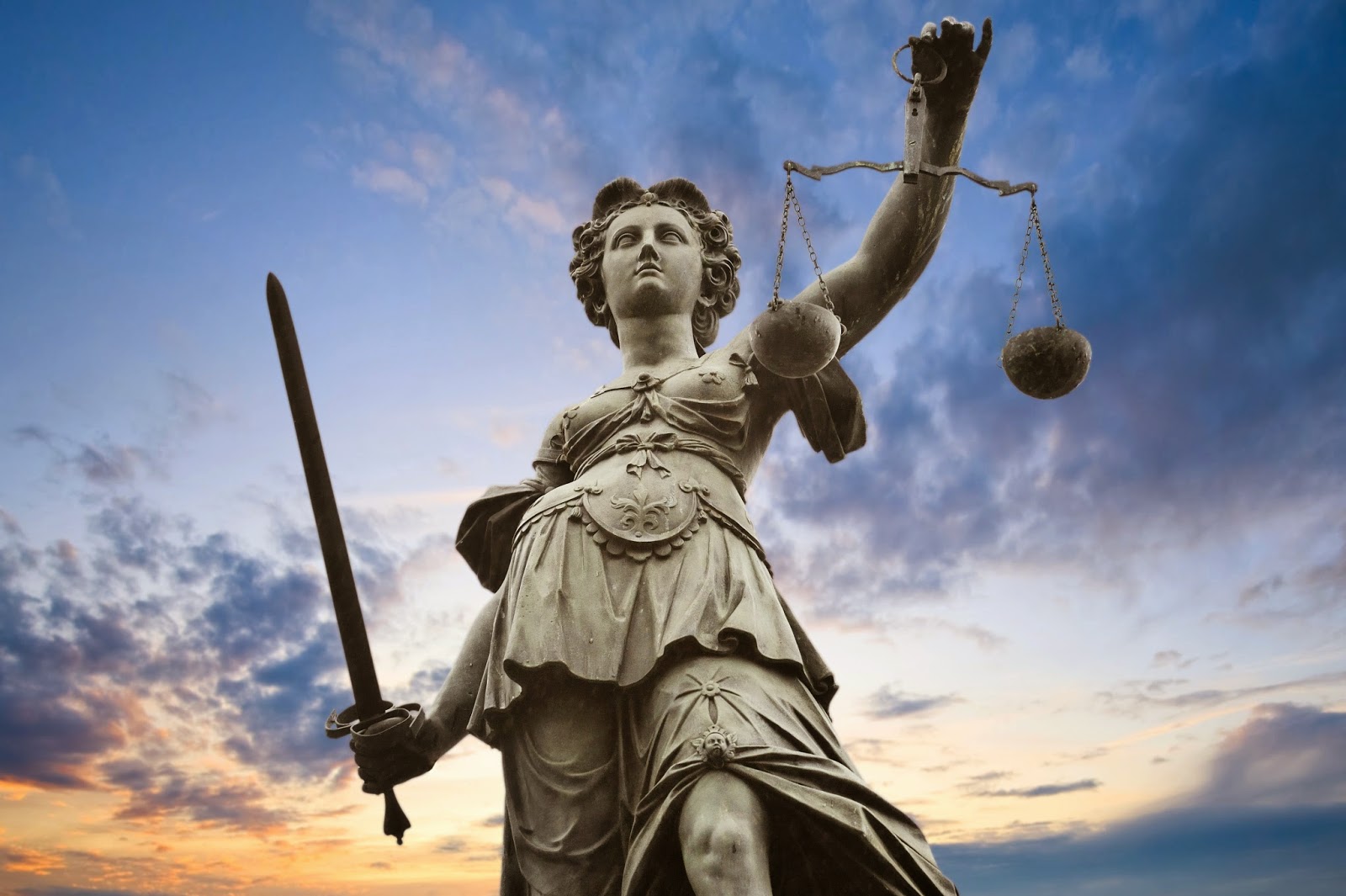 On January 9, 2014, Attorney Jeannette Burmeister filed a federal lawsuit against HHS and NIH in the U.S. District Court for the Northern District of California for failure to comply with the requirements of the Freedom of Information Act (FOIA) regarding documents she requested relating to the Institute of Medicine (IOM) study of diagnostic criteria for ME/CFS. On September 2, the Court ordered the government to comply with Attorney Burmeister’s request. (You can read the full complaint here.)

The court's decision is a landmark in ME/CFS advocacy. Past efforts to obtain documents through FOIA have been problematic. In 2012, Craig Maupin completed a year-long investigation into FOIA compliance with CFS programs within the NIH. His requests were denied numerous times on the basis that records were "not found." However,

"In each case, the request was able to pinpoint the location of the files. Second, after responding to a request that "files could not be found", several appeals seemed to fall back on the "too broad" defense. Inconsistency between initial denials and appeals could raise speculation as to whether required records are missing, lost, destroyed, or simply not applied to FOIA, particularly, as an earlier request was denied on the basis that the records were not available." (CFS Report)

Maupin gave the ORWH, the department currently responsible for ME/CFS, a D- for their lack of compliance with FOIA regulations.


I am pleased to give an update on my FOIA lawsuit:

Yesterday, the United States District Court for the Northern District of California ruled that HHS and NIH (government) violated the Freedom of Information Act (FOIA) when they improperly withheld documents from me in response to my FOIA request regarding HHS’s contract with the Institute of Medicine (IOM) for the study of diagnostic criteria for ME/CFS.

Accordingly, the Court granted my motion for summary judgment and ordered the government “to produce, within 60 days, all documents responsive to [my] request that are not covered by any exemption to FOIA’s disclosure requirements.” [emphasis added] The Court also denied the government’s motion for summary judgment asking for a dismissal of my lawsuit.

I believe that holding HHS and NIH legally responsible for their violation of federal law is a tremendous victory for our patient population. However, since this litigation is ongoing, I will not, at this time, be able to comment further or answer any questions beyond the following details and quotes from the Court’s ruling. Although there will hopefully be more good news before the case is over.

In January of this year, I sued the government under FOIA for failure to respond to my FOIA request for documents regarding the HHS-IOM contract. I have been represented in this legal action by the global law firm of Baker & McKenzie LLP. Only after my filing of the lawsuit (and after the statutory time period for their response had lapsed) did the government produce a meager amount of documents despite the fact that my FOIA request was very broad.

It was apparent that the government’s search for responsive documents was woefully inadequate, as obviously existing documents covered by my request that would have been easily available to the government and that a reasonable document search would have uncovered were not provided. The Court agreed and held that the search was the result of “obviously an unreasonably narrow interpretation of Burmeister’s request.” [emphasis added] The Court further states, “Indeed, [the HHS FOIA specialist] explains in her supplemental declaration that a broader search (the one the government should have conducted given the actual language of Burmeister’s request) ‘is a completely different type of search and presumably would have resulted in a much larger production.’” [emphasis added]

The Court goes on to address the unreasonably narrow interpretation of my FOIA request by the government in more detail:


“And [the HHS FOIA specialist] is correct about that. For example, without listing every document that could be responsive to Burmeister’s actual request, it is obvious that all records relating to the original effort by HHS to enter into a sole-source contract with the Institute of Medicine, and documents relating to the subsequent decision to change course and proceed with a task order in response to expressions of concern by members of the public about the manner in which HHS was proceeding, would be responsive. Such records exist, but the government did not provide them to Burmeister.

“Because [the HHS FOIA specialist’s] supplemental declaration demonstrates that the government adopted an unreasonably narrow interpretation of Burmeister’s request, because [the HHS FOIA specialist] concedes she would have performed a much broader search had she interpreted the request correctly, and because that search would have uncovered additional records responsive to the request, the government has ‘improperly withheld agency records’ in violation of FOIA.” [emphasis added]

The Court then addresses the government’s meritless claim that my lawsuit is moot due to the government’s production of some documents after the complaint was filed despite the fact that the document search was inadequate:


“To avoid this conclusion, the government argues that Burmeister’s lawsuit should be dismissed as moot. Specifically, the government contends that even if Burmeister had the right to file her lawsuit because HHS failed to respond to her request within the time period required by FOIA, its subsequent production to Burmeister moots the lawsuit, even if the production was deficient. At the hearing on this motion, counsel for the government insisted that the case law compels this result – he argued that even if the production was deficient, the case law required that the lawsuit be dismissed as moot and that Burmeister be left to submit a response to the government’s production explaining how she believed it was deficient, so that the government would have a chance to remedy the deficiencies. However, the case law says exactly the opposite of what counsel for the government represented at the hearing,” namely, “To moot a FOIA claim, however, the agency’s production must give the plaintiff everything to which he is entitled. [emphasis added] Otherwise, there remains some ‘effective relief’ that can be provided the plaintiff, and the case is not moot.”


According to the Court, the government’s argument that I did not exhaust my administrative remedies and, thus, my lawsuit should be dismissed also fails:


“The government also contends Burmeister’s lawsuit should be dismissed for failure to exhaust her administrative remedies with respect to her claim that the agency’s search was inadequate. Specifically, the government argues that it responded to Burmeister’s request on January 7, two days before Burmeister sued, and that Burmeister should have objected to HHS about the adequacy of the response before filing the lawsuit. But the government’s response was not postmarked until January 8, and Burmeister credibly asserts she did not receive it until several days after she filed her complaint. Nor, in any event, was the government’s response a final or complete one – in other words, it was not a real response. The real response (which was, as discussed above, inadequate) came on February 3. Because the government failed to timely respond to Burmeister’s records request, and because Burmeister did not receive a final decision from the government until after she filed this lawsuit, her case is properly before the Court.” [emphasis added]

The 60-day period the Court allowed for the government to produce all documents responsive to my request (and not exempt under FOIA from production) runs on November 3. Let’s hope that the Court’s ruling will be a wake-up call for the government and a reminder that it is not above the law.
__________

Jeannette Burmeister is an Attorney at Law licensed to practice law in California and Germany. Before contracting ME in 2006, she was an attorney at Baker & McKenzie, LLP. (She was disabled at age 34.) Ms. Burmeister writes a blog, “Thoughts About ME,” in which she discusses topical issues concerning the ME/CFS community.
Posted by Erica Verrillo at 7:45 AM