The P2P Draft Report: Pros and Cons - and My Public Comment 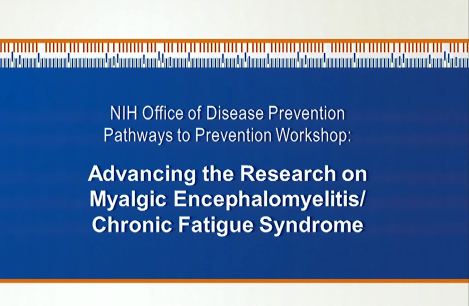 The deadline for submitting comments to the P2P panel is January 16, 2015. Comments can be submitted via email to:
prevention@mail.nih.gov.

Please reference the corresponding line number of the report. The report can be found HERE.

While the panel must read all comments, they will not become part of the public record. In order to keep track of the comments that are submitted to the panel, please send your comments to Jenny Spotila at jspotila AT yahoo DOT com. You can read public comments on her blog, Occupy CFS.

Anyone who wishes to reprint this post in part or in full has my permission.

The P2P Workshop, held at the NIH Campus in Bethesda MD on December 9 and 10, 2014, was one of the most hotly contested government-sponsored conferences in ME/CFS history. It generated a firestorm of protest from advocates, who demanded that the P2P be canceled, via blog posts, tweets, and petitions. There was even a demonstration held on the NIH campus on the day of the meeting. The reason for the protest was that the P2P panel was, by design, composed of people with no expertise in ME/CFS, and who, therefore, would not be equipped to write an influential report – one that might affect NIH funding as well as the perceptions of the entire medical establishment toward ME/CFS for years to come.

To a certain degree the predictions of the ME/CFS advocacy community were correct. The panel members, while experts in their own fields, were unable to make sense of the complexities surrounding the various diagnostic criteria in use since the 1980s. They were also unable to fully grasp the information-packed presentations given by Drs. Jason, Natelson, and Klimas, which would have helped them to distinguish between politically motivated criteria (Oxford and Fukuda) versus criteria devised by experts (CCC and ICC). In the end, they did what all committees do. They threw up their hands and attempted to incorporate everything, resulting in a document that contains conflicting ideas based, in large part, on a flawed AHRQ literature review. (The review managed to omit nearly all the relevant biomarker research, while including studies that were methodologically unsound (i.e. PACE).

In spite of the many drawbacks of the process (e.g. non-expert panel members, truncated presentations (20 minutes), a ridiculously small amount of time allotted for drafting the report (36 hours), and a set of key questions that were not, in many cases, actually addressed by the presenters) there were some aspects of the meeting that were useful. The restriction of 20 minutes for speaking time meant that speakers had to get to the point. (Although, some never did.) Researchers, who are especially prone to long-windedness, had to choose which of their findings to present. Among these were some valuable observations:
The P2P panel failed to include the most relevant of these findings. However, they did manage to grasp some of the salient points brought up by the speakers, and by the members of the audience. These points are as follows:

During Dr. Smith's presentation on exercise and CBT studies, she suggested that the Oxford case definition be retired. Although the Oxford case definition is not used in the US, this suggestion, (which was incorporated in the Draft Report), is the most significant development to have arisen from the P2P Workshop. By retiring a definition that captures people without ME/CFS (low specificity), the P2P has opened the door to retiring the Fukuda definition, which is also non-specific.

The Report stated that there is reproducible evidence of cognitive dysfunction, as well as immunological, inflammatory, and mitochondrial defects which are potentially important for defining and treating ME/CFS (line 82).

CBT and GET were determined to be "not primary treatment strategies" (line 115).

The Report stressed in several sections that innovative scientific research is urgently needed to identify risks and therapeutic targets (line 186).

Although the topic was brought up by several speakers and audience members, the panel did not understand the drawbacks of the Fukuda definition, but instead drew upon it when it described ME/CFS as a condition “characterized by extreme fatigue not relieved by rest” (line 3). The point raised by researchers about the predominance of PEM was essentially ignored.

The panel did not understand that ME/CFS is not primarily a pain condition. One of their recommendations was that “drug therapies used for FM and other pain conditions should be examined for ME/CFS.” Many of these therapies consist of antidepressants, which are known to be either ineffective or harmful to patients with ME/CFS.

The Draft Report reflected the predominance of psychologists in the workshop in its suggestion that “exploring psychiatric comorbidities such as depression, anxiety and fear is critical to improve quality of life” (line 288). This is a backhanded way of undermining the statement that ME/CFS is not psychological in origin. (If the panel had fully understood the research presentations on the second day, they would have concluded that mitochondrial support and immune modulators are critical to improving QOL.)

The funding channels suggested by the panel do not include any that would facilitate the biomedical research goals outlined by the Draft Report, nor are they feasible (e.g. The National Institute on Minority Health and Health Disparities, and Medicare & Medicaid, both of which are under attack by the current Congress ) (line 325 and 378)

Finally, the Report touted CBT as a benefit (line 349).

Below is my comment to the P2P panel. It contains references to the points raised above as well as a few more. Please feel free to adapt as much as you wish from my comment for your own comments. It does no harm - and in fact does a great deal of good - to repeat important points.

In keeping with the panel’s request that the public submit comments on the P2P Draft Report, I am respectfully submitting the following comments and corrections on the Report. Please note that I am using the line numbers from the P2P Draft document found at https://prevention.nih.gov/docs/programs/mecfs/ODP-MECFS-DraftReport.pdf

Correction: Line 50 - “163 symptoms have been associated with ME/CFS.” This is an incorrect paraphrase of Dr. Luis Nacul’s presentation on December 9th, in which he stated that using the Fukuda (1994 CDC definition), there were 163 permutations of symptoms. What Dr. Nacul meant was that there were 163 possible combinations of symptoms using the Fukuda criteria that could be used to diagnose ME/CFS. Dr. Nacul, and others, have pointed out that because there are so many possible permutations, and because PEM is not required to be present, the Fukuda criteria may capture people who do not have ME/CFS, but may have other fatiguing illnesses, including early MS and undiagnosed cancer. (Dr. Nacul also pointed out in his presentation that when PEM is required the number of permutations in the Fukuda definition drops to 35.) Dr. Smith also observed in her presentations that the Fukuda criteria capture less impaired people, possibly those with deconditioning and depression.

The Report should recommend that the Fukuda definition be retired, along with the Oxford definition, and replaced with the Canadian Consensus Criteria for ME, which is the definition used by the world’s leading ME/CFS clinicians and researchers.

Correction:  Line 113 – “Existing treatment studies (cognitive behavioral therapy [CBT] and graded exercise therapy [GET] demonstrate measurable improvement” and Line 348 -9 “The modest health benefit of CBT should be studied…” No studies demonstrating benefits from CBT or GET were included in the AHRQ review. As Dr. Smith pointed out in her presentation on December 10th, none of the studies on GET or CBT used patients fitting the criteria for ME. In addition, the forest plot shown in Dr. Smith’s presentation on December 10th indicates that the only studies to demonstrate benefits from CBT were Oxford-based studies, which were then averaged with the studies which showed little if any benefit in order to yield an overall positive result. In systematic reviews, averages are rarely used for such small numbers of studies, because, as is demonstrated by Dr. Smith’s forest plot, averages produce unreliable results.

The Report should delete the statement that depression often follows ME/CFS.

Correction: Line 95 “Focusing on fatigue alone may identify many ME/CFS cases.” This statement is incorrect. Focusing on fatigue alone may identify many chronic fatigue patients, including people with leukemia, MS (1/3 of patients with early MS present with fatigue as a primary symptom and are misdiagnosed with CFS), incipient cancers, Hashimoto’s disease, Ehlers-Danlos, and a multitude of other illnesses. Focusing on fatigue alone not only has led to the misdiagnosis of significant numbers of patients with other treatable conditions, it does not identify many ME/CFS cases. The symptom that identifies ME/CFS patients is post-exertional malaise, also known as post-exertional collapse. As Dr. Jason and Dr. Nacul pointed out, this is the hallmark symptom of ME/CFS.

The report should revise this statement to “Focusing on PEM may identify many ME/CFS cases.”

Correction: Line 32 “ME/CFS exists.”This statement is only partially correct. Myalgic encephalomyelitis is a neurological disease that was described by Dr. Melvin Ramsay in the 1950s. It has occurred in many outbreaks and clusters since the 1950s. ME has two case definitions, both of which require PEM, and both of which accurately describe the patient population. Chronic Fatigue Syndrome does not exist as a medical entity. There is no case definition for CFS that describes a group of patients distinct from any other group of patients with fatigue.

The Report should delete the sentence “ME/CFS exists.” The Report should recommend that the term “CFS” be dropped, as it does not describe a distinct clinical entity, and replaced by Myalgic Encephalomyelitis, with its corresponding case definition (the CCC).

Thank you for considering my comments and corrections. I hope that the final version of the Draft Report will help researchers obtain badly needed NIH funding for continuing and expanding research into the causes, mechanisms, and treatments for patients with ME/CFS.