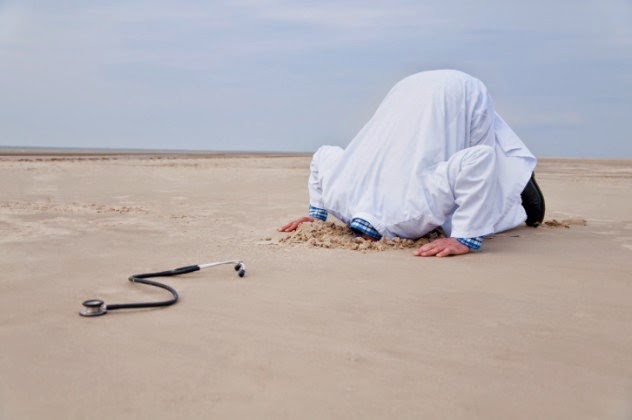 It seems as if the most prestigious medical journals in the UK can't get enough of the PACE trial, even when the results are not only old hat, but a very bad fit with good scientific method.

The article, originally appearing appearing in Lancet Psychiatry on January 13, is entitled "Rehabilitative therapies for chronic fatigue syndrome: a secondary mediation analysis of the PACE trial." The authors conclude their study with the following statement:


"Our main finding was that fear avoidance beliefs were the strongest mediator for both CBT and GET. Changes in both beliefs and behaviour mediated the effects of both CBT and GET, but more so for GET. The results support a treatment model in which both beliefs and behaviour play a part in perpetuating fatigue and disability in chronic fatigue syndrome."

The article, whose conclusions have been widely circulated in the media, has met with overwhelming criticism from the ME/CFS community, including the ME Association and ME/CFS Research UK. There is, as Mr. Kindlon points out in his letter to the BMJ (below), no objective evidence that GET and CBT actually improve life for ME/CFS patients. Even more to the point, there is objective evidence that "fear avoidance" is not a relevant factor in ME/CFS.

In his December 9 presentation to the P2P, Dr. Snell found that after administering a CPET to ME/CFS patients and controls, the patients not only worked up to capacity, but did not show signs of deconditioning. What was more, in both groups, perceived exertion and workload were correlated. Essentially, there were no differences between objective and subjective measures of exertion for either patients and controls. Dr. Snell concluded that the assumptions underlying both GET and CBT are not supported by objective scientific research.

In Tom Kindlon's thorough critique of the most recent salvo in favor of GET and CBT, he raises many excellent points, all of which should have been considered by the AHRQ before they allowed a study as fundamentally flawed as the PACE trial to be included in their literature review.

Objective measures found a lack of improvement for CBT & GET in the PACE Trial: subjective improvements may simply represent response biases or placebo effects in this non-blinded trial.

This BMJ article and a flurry of articles in the lay media this week followed the publication in Lancet Psychiatry of an analysis of the mediators of change in the important PACE Trial, a chronic fatigue syndrome (CFS) trial which cost UK taxpayers £5 million[1,2]. What seems to have been lost in the coverage is that, although there were some modest improvements in the self-report measures, there was an almost complete absence of improvements in objectively measured outcomes for cognitive behavioural therapy (CBT) and graded exercise therapy (GET) compared to the control group (specialist medical care only (SMC)).

This is a non-blinded trial, where participants were told CBT and GET had previously been found to be effective in CFS and other conditions[3,4]: one way to look at the mediation results for subjective measures when there was a lack of objective improvements is that they may merely tell us how response biases and/or placebo effects are mediated[5].

The focus on subjective measures in some CFS studies was previously criticised in a systematic review published back in 2001 (long before the PACE Trial started)[6]. They suggested instead "a more objective measure of the effect of any intervention would be whether participants have increased their working hours, returned to work or school, or increased their physical activities."

The model presented for cognitive behaviour therapy (CBT) in the PACE Trial manuals posits that the impairments and symptoms are reversible with the therapy[3,7]. However, the latest paper shows that fitness, as measured by a step test, didn't improve following CBT[2]. An earlier PACE Trial publication reported that the addition of CBT to SMC did not result in an improvement in 6-minute walking test scores compared to SMC alone[8].

The PACE Trial was part funded by the UK Department of Work and Pensions, a rare move for them, presumably done due to an expectation that the therapies would improve measures of employment and levels of benefit receipt. However, again CBT brought about no improvement using objective measures, such as days of employment lost, levels of disability benefits received and levels of receipt of insurance payments[9].

It is unsurprising that 15 sessions of CBT (and the associated homework exercises and management program) might alter how participants respond to self-report questionnaires. A PACE Trial manual itself says "the essence of CBT is helping the participant to change their interpretation of symptoms": this could lead to altered or biased fatigue scores, one of the two primary outcome measures[14]. Also, one of the aims of CBT (for CFS) has been said to be "increased confidence in exercise and physical activity"[15]. The possible responses for the other primary outcome measure, the SF-36 physical functioning subscale, are "yes, limited a lot", "yes, limited a little" and "no, not limited at all" to questions on a range of physical activities. Such responses could be easily be artificially altered following a therapy like CBT for CFS.

The results were not that different with the GET cohort in the PACE Trial. Again the manuals predicted that the impairments and symptoms are reversible using the intervention[4,15]. The model said there was no reason participants should not be able to get back to full functioning. Deconditioning was posited to be an important maintaining factor. However, GET did not result in an improvement in fitness, as measured by the step test. GET did result in a small improvement on the six minute walking test to a final distance of 379 metres, or 35 metres more than the SMC-only group[7]. However, as Knoop and Wiborg commented in an accompanying editorial in Lancet Psychiatry: "an increase in distance walked during a test situation without an increased fitness suggests that patients walk more because of a change in cognitive processes (eg, daring to do more or an increased self-efficacy with respect to activity), not because of a change in physiological capacity”[16]. The result remained very poor given that normative data would suggest a group of similar age and gender should walk an average of 644 or so metres[17]. The distance walked remained comparable to people with many serious conditions[18-21], and considerably worse than the distance walked by healthy elderly adults[22,23], despite the PACE trial cohort having a mean age of only 40[8]. Also, to be allowed entry into CFS research studies such as the PACE Trial one can not have a range of chronic illnesses so with genuine recovery one would expect results comparable to healthy people[8].

As with CBT, measures relating to employment showed no improvement following GET in days of work missed, which remained very high, nor a reduction in levels of benefits (financial support from the state) or payments from insurance companies[9].

These results are in line with an audit of Belgian rehabilitation centres for CFS offering CBT and GET[24-26]. Some improvements in subjective measures were found, but there was no improvement in the results of the exercise test and hours in employment actually decreased.

Probably the main contribution of the PACE Trial has been to add to a growing body of evidence that while CBT and GET for CFS have resulted in some changes on subjective measures, they haven't lead to improvements on objective measures.

Competing interests: I am a committee member of the Irish ME/CFS Association and perform various types of voluntary work for the Association
Posted by Erica Verrillo at 1:01 PM