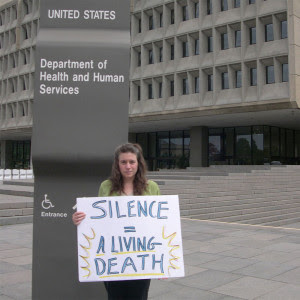 Rivka Solomon is a long-time advocate for ME/CFS patients. She has been ill for 25 years, and has been witness to the many changes - political and social - affecting the patient community over the past two decades. On November 2, WBUR published her reaction to NIH's promise to increase funding for ME/CFS research.

Last week, the National Institutes of Health announced a welcome change: They promised to help the more than 1 million Americans who have the devastating disease commonly known as chronic fatigue syndrome.

This is akin to the NIH finally recognizing multiple sclerosis or Parkinson’s disease, two other debilitating neurological illnesses that also have no known cause or cure.

The name chronic fatigue syndrome, which trivializes the true horrors of the disease, was adopted by the government decades ago and has been truly detrimental to the patients. The stigmatizing name has allowed doctors, the media and even families whose loved ones got sick to dismiss patients as mere lazy malingerers.

After all, who isn’t fatigued in today’s hustle and bustle world? Take a nap. Get over it. Exercise it away.

Well, I tried. But napping didn’t help, and exercise made me significantly sicker.

So for the last 25 years in which I have had myalgic encephalomyelitis, or ME — the name the World Health Organization uses and the name most patients prefer — I have been forced to spend much of my life in or near bed.

Try doing that for a quarter of a century.

Myalgic encephalomyelitis means, literally, pain and inflammation of the brain and spinal cord. But what does that translate to in the real world? I often struggle with exhaustion so crushing it is hard to get to the bathroom, let alone lift my arms to shampoo my hair; brain fog so thick that formulating and finishing thoughts is a struggle; vertigo that makes it hard to see or stand up straight; numb hands; Jello-like legs; joint and muscle pain; and a hyper sensitivity to chemicals and perfumes that turns me into a canary in the coal mine.

The hallmark of the disease, though, is the inability to exert any energy — physical or intellectual — without a relapse or flare of unknown length. Sometimes it can take days or weeks to regain my strength after a phone conversation. It is as if my body can’t replace the cellular energy required to do, well, just about anything.

All this came on after mono. That was all it took. Mononucleosis. Other patients have gotten myalgic encephalomyelitis/chronic fatigue syndrome — abbreviated as ME/CFS — from other assaults that apparently slapped down their immune systems, too, and/or triggered an autoimmune response. The result? With no commonly accepted diagnosis and no FDA-approved treatments, many of us have been languishing for years.

Then, in 2014 and 2015, the NIH sponsored two initiatives: a report generated by the Pathways to Prevention program and a report from the prestigious Institute of Medicine. Between the two, they found ME/CFS was a serious disease that can significantly impair the lives of those who get it. They also found that research into ME/CFS was seriously underfunded and there is an urgent need to invest in it.

For years, the NIH has been allocating a pittance to ME/CFS research. This is most strikingly seen when compared to other neuro-immune diseases. Multiple sclerosis, with 400,000 U.S. patients, gets funded $102 million per year. ME/CFS, with more than 1 million U.S. patients, gets a paltry $5 million per year. The NIH gives more money to research on hay fever than ME/CFS. And yet people with hay fever don’t spend decades in bed, too weak to function.

The question is why?

Why, in the past 30 years, when ME/CFS reared its ugly head on the American scene and we were given the moniker of chronic fatigue syndrome (that’d be like calling Parkinson’s “shaky person’s syndrome”), did the government ignore us? Worse, why did they delegitimize, marginalize and psychologize this disease by funding studies to supposedly show we have personality disorders, a fear of leaving our homes or childhood trauma? (Yes, these are real studies.) Why tell us exercise will help, when that would be like giving sugar to a person with diabetes?

Perhaps they wanted to spare insurance companies the expense of treating us? Perhaps leadership at the National Institutes of Health had a bias against us? Or perhaps governments only respond to pressure; and with the patients so sick there are few who can lobby on Capitol Hill or demonstrate in the streets, such as the highly effective HIV/AIDS activists from ACT UP.

But with last week’s NIH press release promising to bolster ME/CFS research, the tide is turning.

Surely, the years of patient advocates struggling, often from bed, to get the government’s attention made an impact. It was also likely personal relationships: The disease is now so prevalent that NIH Director Dr. Francis Collins has current and past employees with the disease, and top-notch scientist colleagues with family members too sick to feed themselves. All petitioned Dr. Collins for help.

Whatever turned the tide, I spent the day that the NIH put out its press release crying. I was relieved that my government was essentially acknowledging for the first time that ME/CFS is a serious disease with a profound unmet need. From bed, I typed frantically on my computer with others from the online patient community: Could it be, we asked each other, that with Dr. Collins’ promise of help, our own government may actually, finally, come to our rescue?

I have already lost my 30s, my 40s and some of my 50s to this disease. Could the end of my nightmare be in sight?

Dr. Collins, now is the time to attach a dollar sign to your promise of help. And please make it happen fast. We patients are petitioning for funding equity, making the funding commensurate with the burden of the disease and the population in need — that is, at least $250 million per year. I and at least 1 million other Americans, 17 million worldwide, can’t wait to get our lives back. The help can’t come soon enough.

All in all, it’s been an astonishing week full of hope for ME/CFS patients. We’ve had recognition and a promise of help from the U.S. government. And, like icing on the cake, a dogged investigative journalist, David Tuller, has taken on the single-most noted study upholding the idea that ME/CFS is a trivial condition that is all in our heads. See his article here: “Trial By Error: The Troubling Case Of The PACE Chronic Fatigue Syndrome Study.”

Finally, we ME/CFS patients are being taken seriously. What a welcome change.

— Do have great compassion for those with ME/CFS.
— Do ask how you can help and make offers of specific help, from vacuuming to cooking meals to rides to doctor’s appointments.
— Do remember them, even if they have not been able to leave the house for weeks or months: Call and remind them you care.
— Don’t think that ME/CFS is “all in their head.”
— Don’t suggest they exercise when they can’t.
— Don’t tell patients that you are tired too.

Rivka Solomon is a Massachusetts writer whose commentaries have been featured on WBUR. She created a women’s empowerment program, That Takes Ovaries, based on her book and play of the same name, and is now writing a book about her 25 years with ME/CFS and Lyme disease.
Posted by Erica Verrillo at 4:44 AM