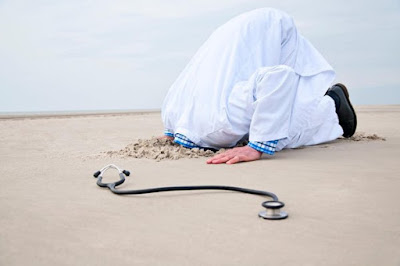 After the NIH posted the protocol for its in-house study on ME/CFS, there was a firestorm of protest, which took Dr. Walter Koroshetz, the man in charge of the new NIH ME/CFS research program, by surprise.

The protest centered on the use of the Reeves definition (also known as the Empirical Definition) to identify the patient cohort. The Reeves definition has barely been used in research since it was devised in 1995, largely because of its inadequacies.

There were a number of other problems with the protocol, to which you will find references in the Solve ME/CFS Initiative questions.

NIH hastily removed the protocol. Then they did something without precedent. Dr. Koroshetz called Carol Head, the CEO of Solve ME/CFS Initiative.

(Below you will find the questions raised by Solve ME/CFS Initiative after the protocol was posted, as well as Carol Head's summary of her conversation with Dr. Koroshetz.)

What was clear from the initial protocol was that NIH was on a fishing expedition. Rather than build on previous research, they decided to conduct a vague series of tests (blood tests, stool samples, etc.) in hopes that something would turn up. This is precisely the sort of study we don't need right now. Why reinvent the wheel when there are three decades of research on brain anomalies, immune system dysfunction, mitochondrial dysfunction, and endocrine dysfunction begging for follow-up? (Some of those studies have lain dormant for over a decade for lack of replication.)

Do we really need to start from scratch - again?

Reprinted with the kind permission of Solve ME/CFS Initiative.

The National Institutes of Health is beginning to recruit participants for its in-house study of ME/CFS patients. The Solve ME/CFS Initiative has identified a number of significant questions and concerns with the design protocol of this research effort. Our organization—represented by our Vice President for Research and Scientific Programs—was immediately in contact with the NIH officials we have an existing, ongoing relationship with to express these serious concerns. We will push forward to determine what may be done to address them and ensure that this study is leveraged to the full benefit of ME/CFS patients. The Solve ME/CFS Initiative also will work in concert with other advocates to ensure maximum impact as a community.

Questions regarding the NIH study protocol that the Solve ME/CFS Initiative will be seeking answers to in the days and weeks to come include:

Is the protocol too broad in its inclusion and as such has little value, or too narrow in that it excludes by design the bulk of relevant patients? Why is it not based on the Canadian Consensus Criteria, which is regarded as the “gold standard” for this complex disease?

Did the protocol examine in-depth the recent advances in the field, including the wealth of information compiled in the 2015 Institute of Medicine report and the slew of commentaries and analysis since, especially on criteria definition beyond the 2003 Reeves criteria? While the study does not rely solely on the Reeves criteria, a clear rationale behind the protocol must be provided. For example, have characteristic ME/CFS symptoms like post-exertional malaise been incorporated under this protocol? If not, why not?

Is this protocol timely and current? In other words, has it benefited from or clearly incorporated the most recent developments in technology, clinical management, basic research or scholarly advances in the field, for instance, the literature and recommendations included in the IOM report?

Has the issue of comorbidity been carefully considered? More specifically, has a clear distinction been made between primary, pathway-specific diagnoses/manifestations versus secondary and pleotropic symptoms like depression or lethargy often associated with a plethora of chronic diseases, such as cancer and diabetes?

Are the study endpoints themselves–both qualitative and quantitative–well defined, established and objective? Additionally, have the number of patient participants been determined according to a bio-statistical analysis for each endpoint? Is the control group the one most relevant to assess the changes in each endpoint or between groups? Are there follow-up plans/alternatives built into the protocol, given its focus on the aspect of immunity and inflammation as an initial stage?

This is the response NIH made to those questions

Walter Koroshetz called me moments ago; Zaher Nahle and I had a 20 minute conversation with him and I want to share it.

What was most pointed was his statement that, the NIH often posts protocol-related information online. Most attract zero comment; he is not aware of any posting ever that has attracted the kind of burst of response, all of it negative, that this posting elicited. They were shocked.

While we and others have been telling NIH staff about the intense interest in the ME/CFS community, now it has been clearly illustrated. This gave us the opportunity to explain why: among other things, the intense interest reflects the desperate desire of patients for research progress in this disease. He experienced our decades-long pent-up demand, anger and frustration for federal attention. We also noted that, while virtually all the feedback to NIH was negative, it was HIGHLY informed. We are a patient community that highly attuned to the science and the enormous differences among the several historical diagnostic/clinical criteria.

I told him that some in the patient community plan to boycott the study; we has genuinely mystified. “Why do patients not want ME/CFS research to be done?” We noted that bad research is worse than no research, and “garbage in / garbage out” will occur if the criteria for defining “ME/CFS patients” is not meticulous and highly attuned.

We also stated that funds for this disease MUST come from the federal government; he cited other diseases in which patients have initiated research by amassing significant funds (e.g. he mentioned Huntington’s disease). We discussed the differences in our disease, among them:


This makes it quite different from Huntington’s and most other diseases. My sense was that he may not have considered the disease from this “marketing challenge” perspective before, and therefore understand our unique difficulties in raising private research funds; we are so much more dependent on our federal government than most.

He now recognizes that the posting was a significant faux pas; they will post a new protocol. He did not say when.

Dr. Koroshetz has demonstrated his goodwill and genuine desire to move forward in a positive way by proactively calling. He did not have to do so and most probably would not.

Overall, I summarize this as an individual who is committed to doing the right thing and who was shocked by the response. It was/is a wakeup call regarding the intensity of interest and anger in our patient community, and that’s good. We cannot and do not speak for everyone in our patient community (No one can…) and at the same time, I believe that we were able to make incremental progress in closing the enormous gap of understanding that exists between patients and the NIH. I am glad that I was able to contain my longstanding, burning anger long enough to have an intense and candid discussion.