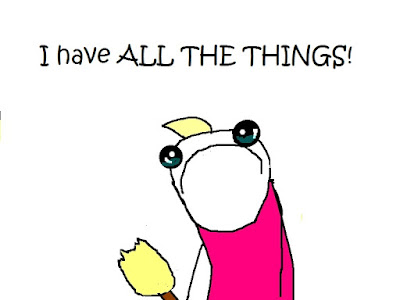 By A. Lotta Blarney


April 1, 2016. Today, the Director of the National Institutes of Health, Dr. Francis Collins, announced that an upcoming NIH study on chronic fatigue syndrome would be cancelled, due to an unexpected breakthrough by its lead clinical investigator Dr. Brian Walitt.

The breakthrough came after a painstaking review of several thousand research studies in the PubMed database, which revealed the true nature of the disease.

"It was there all along," said Dr. Collins. "But it took the eye of an expert clinician to find it."

Chronic fatigue syndrome, according to the NIH, is a complex, multi-system disease that affects nearly every part of the body and produces a plethora of symptoms. The wide array of symptoms, as well as the involvement of the nervous, immune and endocrine systems, have baffled scientists for decades. The question the scientific community could not answer was how one disease could produce so many effects.

"That's just it," said Dr. Walitt. "When we looked carefully, we found that not only did people with CFS have cytokines, neurochemicals, hormones, and red blood cells, but everyone else did too!"

This shocking revelation led to another ground-breaking finding.

"People with CFS have all the major organs that other people have," said Dr. Walitt. "They have arms, legs, torsos, and, in the vast majority of cases, faces, and these commonalities are found across the board. People with CFS have ALL THE THINGS. What's more, they have all these things, and these things that they have are also in their heads, which are attached to their bodies, which is true of everyone else as well. It's a narrative that encompasses all of culture and society."

"Dr. Walitt's findings will have an enormous impact on how we do science," said Dr. Collins.

On the heels of its cancellation of the CFS study, the NIH also announced that it would be closing down all of its Institutes in favor of a single Institute : the Institute of Biopsychosocialculturalneuroendocrineimmune Syndromes.

"Having only one Institute will revolutionize how we do research in the future," said Dr. Collins. "From now on we will devote all our efforts to investigating BS."