HHS to ME/CFS Community: We don't care what you think. 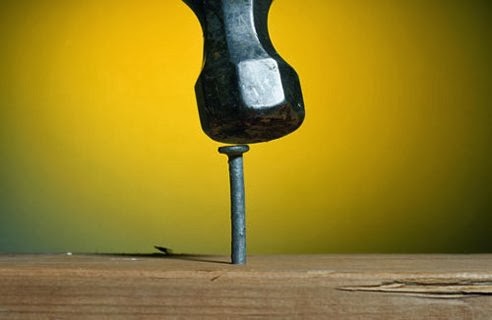 Two days ago, Jennie Spotila gave a "(Lack of) Progress Report" on the December CFS Advisory Committee webinar. (See her blog, Occupy CFS.) By all accounts, the event was a disaster.

For those who are not familiar with CFSAC (pronounced "sieve-sack"), it was formed in 2003 to advise the Secretary of the Department of Health and Human Services on issues affecting patients with CFS, such as healthcare, the science and definition of CFS, education and other public health matters related to the disease. During the last ten years, CFSAC has made more than 70 recommendations to the Secretary on important issues, including research funding, Centers of Excellence, provider education, pediatric issues, case definition, and a name change. CFSAC is our community's only direct avenue for communicating with HHS, and therefore occupies a unique, and important, position in terms of influencing federal policy.

Over the past year or so, CFSAC appears to have sunk in a morass of political slime. In January 2012, it violated its public Charter and acted in secret to "narrow down" its list of priorities. (You can read about this sleight of hand HERE.) By making decisions hidden from the public eye, CFSAC not only violated its Charter, it effectively relegated the ME/CFS community to the role of passive recipients, rather than active participants in decisions that will affect us for years to come.

The second nail in CFSAC's coffin came last May when Eileen Holderman reported that she had been threatened with expulsion from the committee by the Designated Federal Official, Nancy Lee, simply for acting as a patient advocate. She said the chair was ‘shutting her down and shutting other people out.’ Most significantly, she stated that "to hijack our recommendation and pretend like it’s being done, that’s wrong.” Mary Ann Fletcher also reported having been threatened with eviction for "expressing her opinion." (Read Mark Berry's article HERE.)

The third (but probably not final) nail was hammered home when December's CFSAC meeting was transformed into a webinar. Claiming "lack of funds," HHS decided to do away with 20 years of face-to-face dialogue, substituting a venue in which participants could not - like Eileen Holderman - report bullying or harassment. Nor could they express the community's ongoing concerns over the IOM contract.

Instead of a meeting, those who signed up for the webinar got dead air, glitches, and "technical difficulties." There was no audio, so people listening on their computers heard nothing for the first 20 minutes, slides went astray, and public comments were not broadcast. As Jennie pointed out, there is no excuse for this kind of mismanagement. Ultimately, the degree to which CFSAC has been completely derailed from its original purpose can only be interpreted as a deliberate act of sabotage.

Jennie sums up the meeting with the following statement:


"This meeting accomplished two things: the public airing of the lack of progress across multiple domains and an exponential increase in frustration in the advocacy community. As many people pointed out yesterday, there is a serious disconnect in communications between HHS and the advocacy community. The decision to go ahead with this meeting was a terrible capstone to the precipitous decline in the HHS-advocacy relationship. Unless, as I said in my written comments, “HHS intends to send the message to the ME/CFS community and to you, CFSAC members, that it does not care what we think, it does not want our input, and it does not intend to do anything beyond or better than what it is already doing.”

If that’s the case, mission accomplished."