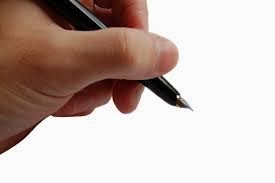 Following is a letter regarding the IOM contract that will be sent to HHS Secretary Kathleen Sebelius and other government officials this coming weekend.

We hope that everyone who signed the first advocates’ letter to Secretary Sebelius will choose to sign this one (and that we pick up some additional signatures as well!).

Due to time limitations, we are asking that those wishing to sign send notice of this by Friday, December 20, to our email address at:

You also can help out by letting others know about this letter and encouraging them to sign it.

Note that as in the past, this letter is open only to people acting as advocates for the disease (in a volunteer or professional capacity), rather than to all patients or to the public at large.

However, especially since the limitations of this illness make it difficult for many patients to do very much work, we are defining the word “advocates” broadly.

If you have provided information about this disease to others, or answered questions from newly diagnosed patients on a forum, or shared your views or experiences publicly, or discussed with other patients strategies about how to make the world a better place for people with this disease, or helped out in other ways — then you count as an advocate. Please join us!

The basic format for signatures is as follows:

Here is the link related to the discussion in the letter of the IOM committee advising the government about the disease formerly known as Gulf War Illness: http://bit.ly/1fBJ8sF

Here is the link related to the budget disparities between ME/CFS and other diseases with similar prevalence and severity: http://report.nih.gov/categorical_spending.aspx

Thanks much to everyone for participating.

An Open Letter to the Honorable Kathleen Sebelius, U.S. Secretary of Health and Human Services

Dear Secretary Sebelius,
We are writing as researchers, physicians, authors, filmmakers, patient forum leaders, not-for-profit organization managers, bloggers and other advocates working on behalf of individuals with Myalgic Encephalomyelitis (ME), a disease that the U.S. government has historically referred to by the misleading name of Chronic Fatigue Syndrome (CFS) and more recently has called ME/CFS.

The purpose of this letter is to inform you that our previously expressed position regarding the government’s plan to redefine this disease through the Institute of Medicine (IOM) remains unchanged.

Since the September announcement of the contract with the IOM, concerned stakeholders have conveyed to you their opposition to the involvement of the IOM in the re-definition of the disease in a number of ways (including an experts’ group letter, an advocates’ group letter, multiple petitions and many individual emails).

IOM has now released a slate of proposed committee members, asking for comments. This proposed list is unacceptable for a number of reasons. The majority of the named individuals are not experts in ME/CFS; the committee chair appears to have no ME/CFS experience at all; and several of the proposed members have backgrounds focusing on mental health issues.

These problems reinforce the concerns generated by the initial report from the IOM committee charged with providing guidance to the government on Gulf War Illness, released earlier this year. That committee gave the disease an inappropriate new name; mentioned that it has symptoms overlapping with those of “Chronic Fatigue Syndrome”; and discussed the effectiveness or need for study only of treatments that are appropriate for depression but have been shown to be ineffective or harmful for ME/CFS patients (including antidepressants, cognitive behavioral therapy and aerobic exercise). Considering that this IOM panel also was dominated by non-experts in the disease being discussed and included a number of members with backgrounds in mental health, our concerns about the likely outcome of the IOM effort to redefine ME/CFS remain very high.

We again request that the IOM contract be cancelled and that the government adopt the Canadian Consensus Criteria as the definition for this disease.

In addition, we request that the government increase the budget for biomedical research into this disease to become more equitable with the budgets for other diseases with a similar level of prevalence and severity. For instance, NIH spends more than 600 times as much on HIV/AIDS as it does on ME/CFS (with a 2014 budget of $3.1 billion for HIV/AIDS vs. a trivial $5 million for ME/CFS). Considering that the number of U.S. patients living with ME/CFS (1 million) is roughly the same as the number of people in this country living with HIV, and considering that the level of suffering endured by many ME/CFS patients is equal to that experienced by untreated AIDS patients prior to their deaths, ME/CFS is woefully underfunded. This needs to be rectified immediately.

Finally, we request that the government consistently refer to this disease by its proper name, Myalgic Encephalomyelitis (ME).

Thank you for your attention to this matter.

Barack Obama, President of the United States of America

Dr. Anthony Fauci , Director of the National Institute for Allergy and Infectious Diseases

Posted by Erica Verrillo at 8:18 AM