ME/CFS Activists Take to the Streets of Washington, DC 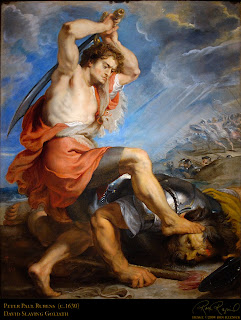 David and Goliath, or, the Sick and the Bureaucracy

Malcolm Gladwell, the New Yorker writer, has grown rich with a series of books exploring the sociological dimensions of success and failure. In his latest, “David and Goliath: Underdogs, Misfits and the Art of Battling Giants,” Gladwell celebrates the many Davids who triumphed over the odds because they were nimble and resourceful.

If he wants to observe a classic David-versus-Goliath rumble, Gladwell might want to go to Washington on Tuesday (Dec. 10). He will see a frail woman go up against the federal government with a humble petition and a small following of mostly very sick people.

Her name is Susan Kreutzer and she suffers from the debilitating and mysterious disease Chronic Fatigue Syndrome (CFS), also known as Myalgic Encephalomyelitis, which is the name patients favor.

Kreutzer and others will begin their demonstration at 9a.m. outside the headquarters of the Department of Health and Human Services on Independence Avenue, where she will hand over a petition. Then she will move up the street to Capitol Hill to demonstrate and hand-deliver petitions to members of Congress. She will end her day of petitioning her government outside the White House.

Kreutzer has no idea how many, if any, demonstrators will join her, but she assures me she has the required permits to demonstrate. Another time, only six demonstrators turned out, but they unfurled a huge banner and stood on the street telling the oft-ignored story of their suffering to anyone who would listen.

Telling your story in Washington without a big-bucks lobbying firm or celebrity friends is not an easy assignment. Not only is there the high chance of being ignored but there is also the chance of being discounted as one of the apocalyptic “end of days” proselytizers, or those who believe the CIA has it in for them and who habitually assemble at the White House and elsewhere. In other words, it is easy to be dismissed as a “crazy.”

But Kreutzer, who will have a warm-up demonstration on Dec. 9 in San Francisco at the HHS offices there, believes in the strength of small voices, of a murmur in the cacophony of Washington petitioning. “I feel I have to do this,” she said.

This year, the victims of CFS are particularly upset with HHS and its dependent agency the National Institutes of Health. They are fuming at the decision of NIH to seek a new clinical definition of their disease, supplanting the Canadian Consensus Criteria, which has been the diagnostic gold standard for researchers who are deeply committed to finding a cure for a disease that affects as many as 1 million Americans and another 17 million people worldwide.

It is a disease that simply confiscates normal life and substitutes an existence in purgatory, where victims can be confined for decades until death. Sometimes they will be so sick they must lie in darkened rooms for months or years; sometimes they can function for a few hours a day, usually followed by collapse. Dysphasia — word confusion — increases. Lovers leave, spouses despair and the well of family compassion runs dry.

The first and major complaint of all those in researching the disease and those suffering from it is that NIH spends a trifling $6 million on this circle of hell that could have been invented by Dante.

The second and immediate source of anger laced with despair is that NIH has, apparently arbitrarily, decided to have the clinical definition of the disease reclassified by the Institute of Medicine and has diverted a precious $1 million to this purpose. Thirty-six leading researchers and physicians from the United States, risking retribution in funding, protested the move but were ignored. They were joined by colleagues from abroad, bringing the blue-ribbon protesters to 50.

Still nobody knows why the move to reclassify the disease. One school of thought is that NIH would like to abandon the current and well-accepted diagnostic criteria, known as the Canadian Consensus Criteria, in order to treat the disease as more of a mental one rather than a physical one.

I approached HHS for a comment and for a word with Dr. Howard Koh, the assistant secretary in charge, but have received no response.

Will this David, Susan Kreutzer, fell this Goliath, HHS?

— For the Hearst-New York Times Syndicate
Posted by Erica Verrillo at 12:49 PM