An interview with Sonya Marshall-Gradisnik 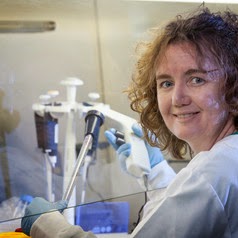 She and her team are leading the way in extraordinary international initiatives being fostered right here on the Gold Coast.

"You're one of the world's Ieading biomedical researchers specialising in Chronic Fatigue Syndrome (CFS). Can you explain some of your most exciting recent findings and what they mean for sufferers of CFS?"

The CFS research team that I lead has found significant changes in white blood cells in CFS patients. White blood cells are important as they are the cells in the blood that fight off infections, viruses and bacteria. We have found the function of these cells has been significantly reduced and we have also found significant changes in some genes that control the function of these white blood cells. Collectively these findings suggest these white blood cells may be involved in the pathology of this illness. Furthermore, it gives us hope that we may be able to identify CFS patients using these changes as currently there is no diagnostic test for CFS. Consequently diagnosis of CFS takes typically greater than twelve months which can be not only frustrating for the patients as they do not have a timely answer, but it is very costly to the healthcare system as a number of unrelated tests have to be conducted to ensure the patient is negative for these other tests prior to being confirmed with CFS.

"You've managed to secure several million dollars worth of competitive research grants. How difficult is this process, and how important it is to continue this research?"

It is extremely difficult to secure research funding for any type of biomedical research and applying for funding CFS biomedical research is I think even more difficult due to such factors of the stigma associated with this illness. However, in saying that, the Queensland government and the Mason Foundation, which is a national funding granting agency, have significantly provided me with research funds where the findings have been world first and suggest the possible involvement of the immune system in the pathology of this illness. I am very of proud these findings and the world first results we continue to report, as they are unravelling the potential cause of this illness as well as they show we may be coming up with some markers that may assist in early diagnosis of this illness. The development of a screening test using these potential markers we have found is an area that we are developing, as this test could be applied early in a patient's illness which may not only help the patient and the physician, but also help reduce healthcare costs.

There still is a great deal of research to be undertaken in this area as my team as well as other groups at Stanford University are now focusing on genes and how cells communicate. We are only beginning to understand the possible role of the immune and the endocrine systems and potentially how they may be involved in the development of CFS, so this area of focus in CFS remains a high priority for our team and international groups as well. There is still so much to be done not only in the research area but also in helping CFS patients with a clinic that has physicians where CFS patients can visit to work with their regular doctor to assist them with their illness. Finally, as CFS symptoms vary - some CFS patients are profoundly affected with not only being fatigued, but they are predominately affected with significant changes in memory function, cognition, cardiovascular and gastrointestinal health problems; these collective clinical symptoms and the severity of these symptoms need further investigations.

"You've established the first Australian CFS research/medical clinic at Griffith University; what will it mean for people to now have access to such a facility?"

There has been significant interest locally, interstate and overseas from CFS patients and clinicians. This clinic is located in the Griffith Health Centre, where our research centre is also located. Having the clinic and the research centre in the same building will enable patients to have access to clinical services as well as potentially participate in CFS research we are conducting. This model is truly unique as it is the only research and clinical services to be offered anywhere in the world to be housed under the same building which is unique and has not gone unnoticed by international agencies, such as the Centre for Disease Control and Prevention (USA) and members of the Medical Research Councils (UK) who visited in December last year.

"How did you originally become interested in this area of research?"

I am an immunologist and back in 2007 I met an amazing clinician from Queensland Health who was, and incidentally still is, as passionate about biomedical research in the area of CFS. Back then we both had a few ideas and tested them in a couple of small CFS research projects with one research student. Let us say the results were promising and it snowballed from there.

"What is your advice for young women aspiring to work in a science based career?"

There is no substitute for hard work; however, it is also important to surround yourself with positive people who also share your vision and are able to offer you guidance as well as keep you on track. It is always important to seek advice and listen to those around you as no one ever knows all the answers. These are key areas that I think anyone who would like a career in science may need to follow in the first instance, and then as your career develops establishing a network of people not only in science but outside your field to ask advice enables you to assess everything from different angles which is often invaluable. Always stay in contact with your peers as this is an invaluable network that will enable to you to tap into people that may have other resources and skills that you may need and it enables you to develop/complement your skill set as you progress throughout your
career.

I will not deny, a career in science is hard work and the hours are sometimes challenging. However, to develop a question that you can test and see if it is correct (or not) is truly wonderful as you are able to work like a detective and also think creatively - I have the best job!

"What are your goals for the coming couple of years?"

For the coming twelve months I have some big objectives as I would like to set up the first Australian Brain and Tissue bank for CFS patients. This will enable research to progress very rapidly as researchers would have access to tissue to assess potential changes in these tissues and how this may be key in the development of the illness. This ultimately may lead to clinical trials in the coming years.

As CFS has varying severities, some CFS patients are isolated at home as they are house bound or\ bed bound and vary rarely are able to have consistent medical attention. These patients mostly communicate through social media and it is for this reason I would like to achieve in the coming twelve months to fund raise for a mobile patient transport vehicle. This will enable patients to be collected from their homes and be transported to the CFS clinic or if they have other medical appointment as currently there is not such services available in Australia. I would like to raise the funds for such vehicles where patients in the south east Queensland area or Northern NSW region would have access to the CFS clinic and allied health services.

The ongoing research that I lead I would hope grows from the current group of 10 to be larger, and is even more diverse in the area of developing a nursing model of care for CFS patients.

Currently I am liaising with a national pathology collector to assist me with allowing me to have pathology collection sites in Sydney,Melbourne and Canberra for CFS patients so they are able to have their blood and tissue collected, where these specimens are transported toour research centre to further examine the possible role of the immune, genes and endocrine systems in the possible role of this illness. In turn, further enhancing the CFS research and clinical database that has been developed by the national research centre I lead.

Sometimes the objectives I set may seem overwhelming, however, the challenges CFS patients face are far more significant, and for that reason I think my objectives are not too great.
Posted by Erica Verrillo at 8:18 AM