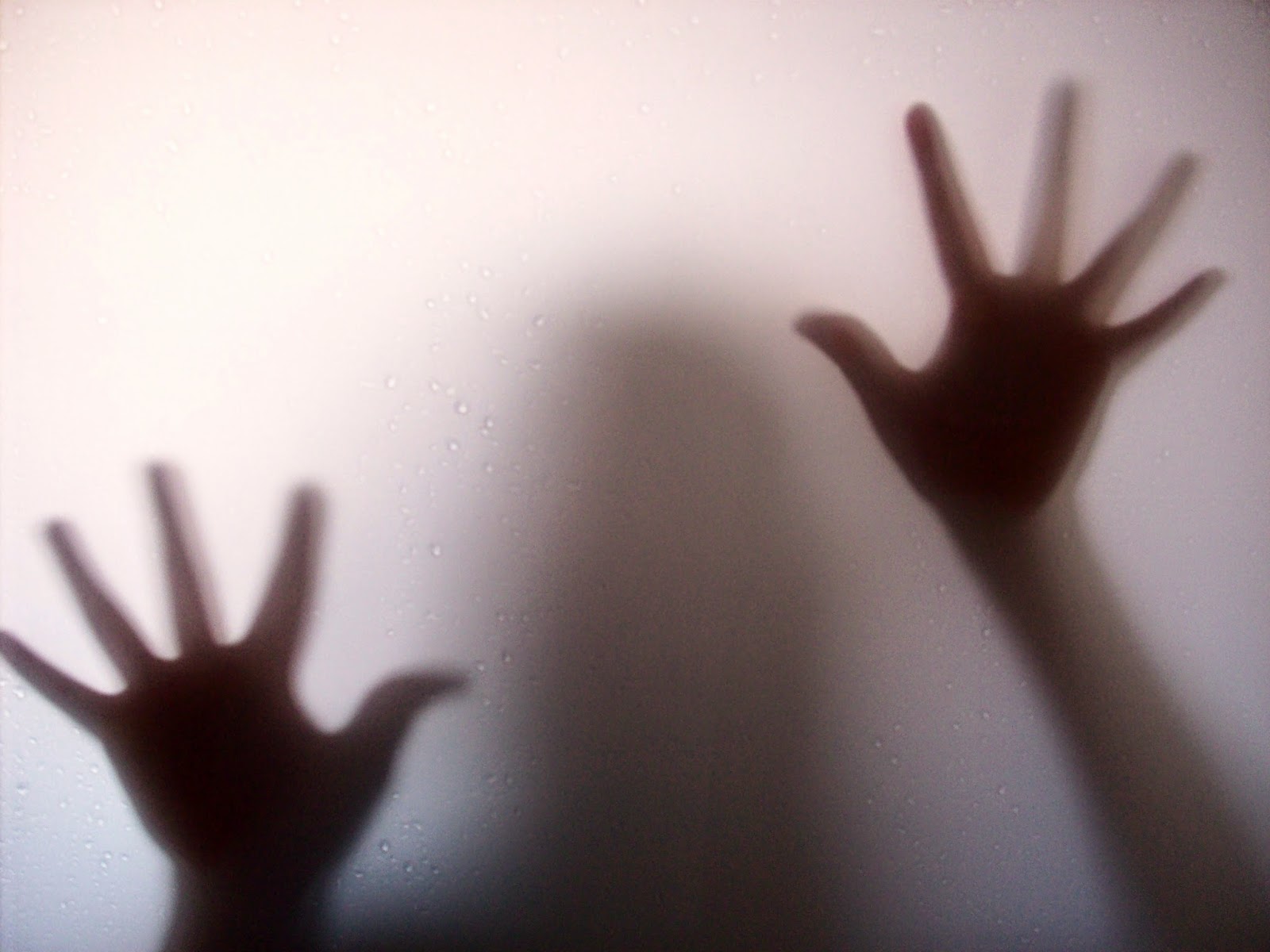 From: Justice for Karina Hansen http://on.fb.me/1gF6Ynv

We want to share this letter written by Per and Ketty Hansen to members of Parliament that was presented in conjunction with the hearing held on March 19th.

On that day no mention of Karina was allowed but this letter is shared on the public site listed here. http://bit.ly/1jnRF30

Stig Gerdes (a doctor who spoke at the hearing) wanted to read this letter but no mention of individual cases was allowed.

Attached is Per & Ketty's description of their meeting with Hammel Neurocenter in connection with their daughter Karina's hospitalization.

The print-out from the recording can be sent to you if you are interested. We'll meet at the hearing about functional disorders on March 19. Regards

February 12th, 2013, was the day our daughter, Karina, who suffers from severe M.E. (G 93.3), was forcibly committed, stripped of her human rights to decide what treatment she wants for her disease (ME G 93.3), her right to decide what doctor she wants to treat her, her choice of who should look after her personal and financial interests and who should speak for her to the outside world. She has since been under the treatment of a psychiatrist from FFL (Research Clinic for Functional Disorders ) against her and our will.

Karina's diagnosis (ME G93.3) was originally given by King Christians Arthritis Hospital in 2008, where she was a patient for 3 weeks. Later it was confirmed by 3 doctors who all have special knowledge of or expertise in the somatic (physical) disorder ME (G 93.3). Karina have been through years of physical examinations, including psychiatric, and has at no point in time been declared mentally ill in any way. (Documented in her medical records)

Despite this, she was incarcerated as a disqualified person, noted by two doctors with no special knowledge of the disease ME (G 93.3). A psychiatrist from the Liaison Clinic in Copenhagen that has never been in contact with Karina or us (her parents), has from information about her condition given by the established authorities declared that her ME symptoms can be aligned with insanity. It was the Board Of Health that decided Karina should have a surprise visit by a doctor that should decide if she could be incarcerated for psychiatric treatment (Documented in print).

Karina has now been incarcerated for over a year at Hammel Neurocenter, under the treatment of a psychiatrist from FFL. These psychiatrists have, without special knowledge of Karina's disease ME (G 93.3), converted her physical disease into a mental illness that still does not have a diagnostic code (PAWS). (Documented via microphone).

The leading physicians at Hammel Neurocenter and the psychiatrists from FFL, who are responsible for Karina's treatment have been given ample information about symptoms in severe ME. They have noticed these symptoms in Karina, but describes it as psychiatric symptoms (documented via microphone). They are informed that abnormal organic differences can be found via proper testing and analyzed by recognized laboratories abroad. Some of the worlds most recognized ME specialists have been in touch with the doctors in charge to give advice on how to care for someone as sick as Karina to make sure she is not wrongly treated. A wrong treatment will have fatal consequences for Karina's chance of recovery from her condition, and in several cases wrong treatment of ME patients have resulted in death. (Partly in writing, partly on microphone).

Countless times have we sincerely requested that Karina gets a second opinion, by doctors with special knowledge about ME, so they can confirm or not if there is anything organic that creates Karina's condition. The foreign experts are offering to come to Hammel Neurocenter to check on Karina and make sure the appropriate tests are taken and analyzed, and thereby give a second opinion (documented in print). This is consequently denied by the physicians and psychiatrist in charge (documented via microphone).

Their reasoning for denying a second opinion from specialists in ME is deeply worrying. Their arguments are contradictory and boil down to the fact that they want to be solely in charge of treating her, and don't wish anyone outside the building (Hammel Neurocenter) to interfere with the treatment, and no blood tests should therefore be sent outside the building. At the same time, we are told they are cooperating with English psychiatrists that will see Karina at Hammel Neurocenter (documented via microphone).

The updates we have been giving during the incarceration from the people in charge of Karina's treatment is deeply worrying. The people in charge keep falling into contradictions. They contradict each other time and time again. One leading physician accuses the other of telling us lies (documented via writing, telephone notes, and microphone).

The whole time Karina has been incarcerated we, the parents, have been refused to be allowed to see her with varying and contradictory explanations as to why. (documented via microphone and in print). However, her big sister has been given permission to see her twice. The last time was in April 2013 but with conditions for the visit. She was told what she was allowed to say and what she could not say. She was told she should show Karina that she supported the treatment forced upon her, and she was not allowed to go into her room alone. It was a condition that the staff was present (conversation at a meeting and recorded on microphone). However, for Karina's sister it was humanely impossible to act positive. She could clearly see there was a deterioration in Karina's condition, and was so shocked that she started crying. Karina was deathly pale and looked very sick and didn't even recognize her own sister, who routinely had contact with Karina before the incarceration, as she is a registered nurse and helped in caring for Karina at home.

Karina has not been given the opportunity to contact the outside world since the day after her incarceration when her cellphone's battery went dead. The physicians in charge does not want to help in making sure she has access to a working cellphone (recorded on microphone). The last time we heard from Karina was when she called home on February 13th 2013 and said "How can I get out of here - I can't take this". That same day she made her last call to the police (printed from Karina's phone records).

It is unbearable to think about the fear and pain Karina has to suffer through every day. She has become an unwilling guinea pig for psychiatry. She has become so because the doctors and psychiatrists in charge have no experience in treating patients with severe ME (documented via phone notes, and a meeting with witnesses).

The psychiatrist in charge has notified us that it does not matter what diagnosis Karina has (in print). She is daily exposed to physical retraining and sense-therapy. She is not asked if she can manage this or that, but is ordered to do it. No matter how she tries to protect herself against these abusive actions and mistreatment - like crying, turning around, or scratching the ergotherapist . She is up against a bigger force that has control over her and has deemed her to be a psychiatric case (recorded on microphone).

The psychiatrist in charge has consequently refused that Karina is given a second opinion where she can be seen by a foreign professional with special knowledge about the disease ME (G 93.3), and where they will take special tests recommended for ME patients. (recorded on microphone).

It is deeply disturbing that something like this can happen in a country like Denmark, and in such an enlightened world as we live in. There are numerous scientifically proven and well-documented biomedical research results from abroad that proves ME is a physical disease. It is not a disease that can be trained away, on the contrary it can produce fatal chronic damage. The psychiatrists have not succeeded in making Karina able to walk after a year of rehabilitation. On the contrary, they have succeeded in taking away her ability to speak, recognize her own family (sister), and cause her horrific symptoms that were not present before the incarceration. The psychiatrist tries to blow this off by telling that Karina just needs to show that she can walk and speak and that all her symptoms are psychiatric (recorded on microphone and print).

A whole world is in shock over Karina's fate and how ME patients are met with mistrust and faulty treatment in the Danish healthcare system. In these years, science abroad moves forward with evidence of extreme physical abnormalities in ME (G 93.3), but in Denmark no one wants to hear or see this.

We are a family, parents and siblings, that are filled with grief, helplessness and wrath over that something so horrible can happen at all, and are deeply worried over Karina's ongoing fate.

Per & Ketty Hansen
Posted by Erica Verrillo at 10:20 AM