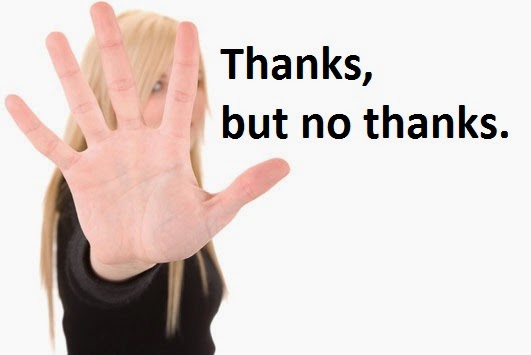 The third meeting of the Committee on Diagnostic Criteria for Myalgic Encephalomyelitis/Chronic Fatigue Syndrome will be held on May 5-6, 2014. On May 5, there will be an afternoon-long session that is open to the public. Anyone may view it via webcast. (Click here for more information.)

Written comments may be submitted to the committee. There is no deadline or character limit. All written comments will be placed in a Public Access File in compliance with Section 15 of the Federal Advisory Committee Act.

Comments for the open meeting should be sent here:
mecfsopensession@nas.edu

Comments received by April 23 will be distributed to the committee before the meeting on May 5. After April 23, written comments should be sent to the project email address:
mecfs@nas.edu

Much like the first public meeting, members of the ME/CFS community have been invited to make presentations. Eileen Holderman, CFSAC patient advocate, was one of the invitees.

In the following letter, she states her reasons for turning the IOM down. I strongly encourage everyone to follow Eileen's example. Make your opposition to the IOM contract part of the public record by sending a comment.
________________

Thank you for your invitation to speak to the IOM Committee on the topic of patient experience and diagnosis. And thank you for your patience in my reply - I recently returned from the IACFS/ME Conference.

For numerous reasons stated below, I must decline your speaking invitation. I am part of a vast patient advocacy movement that opposes the HHS/IOM Contract to redefine Myalgic Encephalomyelitis/Chronic Fatigue Syndrome (ME/CFS). There are many reasons for my (and other advocates') opposition, many of which are as follows:

* The Chronic Fatigue Syndrome Advisory Committee (CFSAC), for which I serve as a member, made a recommendation to the Secretary of the Department of Health and Human Services (HHS) in October, 2012 to convene a workshop with only ME/CFS experts (researchers, clinicians, advocates and patients) to reach a consensus on a research and clinical case definition for ME/CFS starting with The Canadian Consensus Criteria (CCC). Unfortunately, HHS did not implement our recommendation to the Secretary. Instead, HHS contracted with IOM and is utilizing a majority of non-ME/CFS experts, spending 1 million dollars of taxpayers' money for a study that will take 18 months to complete, and which has the potential to devise a worse definition than CDC's Fukuda and a worse name than CDC's chronic fatigue syndrome.

* 50 ME/CFS experts have reached a consensus on a research and clinical case definition for ME/CFS called the Canadian Consensus Criteria (CCC) which they have been using for over 10 years and for which they have committed to refine. The 50 experts sent a letter to Secretary Sebelius and Government Health Agency Officials expressing their opposition to the HHS/IOM Contract to redefine the disease and urged HHS to adopt the CCC as they have; their letter was also sent to the Institute of Medicine (IOM).

* Over 170 advocates have sent a similar letter to Government Officials and IOM expressing the same opposition to the HHS/IOM Contract and have also urged the Government Health Agencies to adopt the CCC, as the experts have recommended.

* Nearly 10,000 patients, caregivers, advocates, and medical professionals have signed 2 petitions stating objections to the HHS/IOM Contract to redefine ME/CFS and urging The Department of Health and Human Services to adopt the CCC for ME/CFS.

* Advocates have appealed to Congress with letters, emails, calls, and meetings on Capitol Hill to cancel the HHS/IOM Contract and have called on Congress to look into the issue to stop the waste of taxpayers' money for something we already have - a clinical and research case definition for ME/CFS called the CCC.

* An advocate attorney has filed a lawsuit in US District Court against HHS and NIH for non-compliance with a FOIA request pertaining to the IOM Contract. The same advocate filed complaints with (a) the Office of the Inspector General regarding the IOM's organizational conflict of interest and related legal issues and (b) the HHS Competition Advocate.

* Advocates contacted the media and press and participated in numerous radio, TV, and online interviews and articles about the HHS/IOM redefinition issue. One article about the IOM redefinition issue, by a freelance journalist who writes for the New York Times and other outlets, received over 90,000 hits on an Internet news site and over 8000 Facebook shares.

* Advocates demonstrated in San Francisco and in Washington, DC to protest the HHS contract with IOM and attracted press coverage of the demonstrations.

* Advocates for ME/CFS collaborated with advocates for Gulf War Illness (GWI) to support both communities' opposition to the VA/IOM Contract for GWI and the HHS/IOM Contract for ME/CFS. Both communities voiced concerns about the VA/IOM reports which recommended clinical "treatment" of CBT, GET, and anti-depressants for patients with GWI and ME/CFS - "treatments" known to be ineffective and in most cases harmful to patients.

* Advocates wrote and submitted a position paper on case definition to HHS, and wrote articles, blogs, and opinion posts opposing the HHS/IOM Contract to redefine the disease.

* Advocates and patients traveled at great detriment to their health and finances to voice their opposition to the HHS/IOM Contract at the January 27, 2014 IOM meeting in Washington, DC.

The above mentioned initiatives by advocates, patients, and ME/CFS experts have been and continue to be important to protect the best interests of a million Americans, and 17 million worldwide, who suffer from ME/CFS and to move research and treatment forward. The majority in the ME/CFS community have spoken in a unified voice that ME/CFS experts already agreed on a criteria - the CCC, so it is time to use the limited funds the Government allocates to this disease for research and treatment to improve the lives of those disabled by this serious neuroimmune disease. The advocacy initiatives will continue undeterred and will continue to call for the cancellation of the HHS/IOM Contract.

Again, I thank you for the invitation to speak to the IOM committee about patient experience and diagnosis, but must decline for the reasons stated above. However, if you will permit me to make a dissenting, but respectful public comment in Washington or via webcast, I would accept that opportunity, particularly because I would have new information to address regarding the latest VA/IOM report for GWI, which has relevance to the HHS/IOM redefinition issue.

While I did give opposing public comment at the podium during the January 27, 2014 IOM meeting, I did not submit formal written comments, so please accept this email, which summarizes what I said at the meeting, as part of the IOM public record, and I will share my email with the ME community, as well.

Thank you for your consideration.

Eileen Holderman
ME Advocate
Posted by Erica Verrillo at 7:21 AM