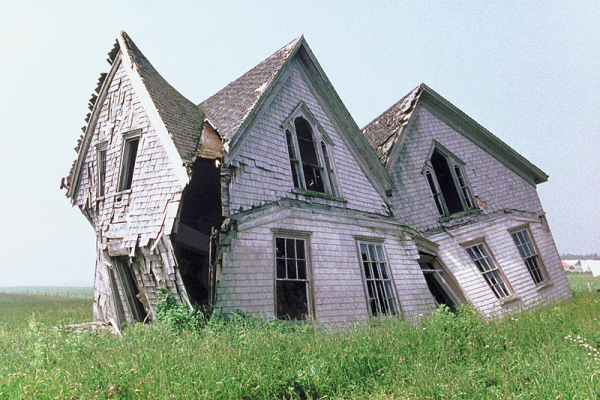 The P2P (Pathways to Prevention) Panel was originally convened to examine case definitions for ME/CFS and to address differences between ME and CFS.

The examination of differences relates directly to case definition. The CDC (Fukuda) definition, for example, is broad enough to encompass people with deconditioning and depression, as well as most early cases of MS.

The Canadian Consensus Criteria for ME, on the other hand, includes people with more neurological symptoms and physical impairment (e.g. PEM).

The disease that specialists in the US call "CFS" is actually ME. Whereas the condition that most non-specialists (and many researchers) call "CFS" could be just about anything.

Reprinted with permission from Occupy CFS

by Mary Dimmock and Jennie Spotila

How do ME and CFS differ? Do these illnesses lie along the same continuum of severity or are they entirely separate with common symptoms? What makes them different, what makes them the same? What is lacking in each case definition – do the non-overlapping elements of each case definition identify a subset of the illness or do they encompass the entirety of the population?

Boiled down to its essence, this set of questions is asking whether all the “ME/CFS” definitions represent the same disease or set of related diseases. The failure to ask this question puts the entire effort at risk.

And then the question disappeared.

The systematic evidence review protocol does not include it. Dr. Beth Collins-Sharp said at the June 2014 CFSAC meeting that the Evidence Practice Center is not considering the question because there is “not enough evidence” in the literature to answer the question. However, she said that the P2P Workshop could still consider the question.

But the draft agenda for the Workshop does not include it. Furthermore, every aspect of the P2P Workshop treats “ME/CFS” as a single disease:

A 20-minute presentation on “Case Definition Perspective” is the only lip service paid to this critical issue. This is completely inadequate, if for no other reason than because the presentation is isolated from discussions on the Workshop Key Questions and dependent topics like prevalence and natural history. As a result, it is unlikely to be thoroughly discussed unless one of the Panelists has a particular interest in it.

Why is this problematic? Because both the P2P Workshop and the evidence review are based on the assumption that the full set of “ME/CFS” case definitions describe the same disease. This assumption has been made without proof that it is correct and in the face of data that indicate otherwise, and therein lies the danger of failing to ask the question.

What if the case definitions do not actually describe a single disease? If there are disparate conditions like depression, deconditioning, non-specific chronic fatigue and a neuroimmune disease characterized by PEM encompassed by the full set of “ME/CFS” definitions, then lumping those together as one entity would be unscientific.

The most important part of designing scientific studies is to properly define the study subjects. One would not combine liver cancer and breast cancer patients into a single cohort to investigate cancer pathogenesis. The combination of those two groups would confound the results; such a study would be meaningful only if the two groups were separately defined and then compared to one another to identify similarities or differences. The same is true of the P2P evidence review of diagnostics and treatments: assuming that all “ME/CFS” definitions capture the same disease (or even a set of biologically related diseases) and attempting to compare studies on the combined patients will yield meaningless and confounded results if those definitions actually encompass disparate diseases.

There is a growing body of evidence that underscores the need to ask the fundamental question of whether “ME/CFS” definitions represent the same disease:

· The P2P Workshop is focused on “extreme fatigue” as the defining characteristic of “ME/CFS,” but fatigue is a common but ill-defined symptom across many diseases. Further, not all “ME/CFS” definitions require fatigue or define it in the same way. For instance, Oxford requires subjective fatigue, and specifically excludes patients with a physiological explanation for their fatigue. But the ME-ICC does not require fatigue; instead it requires PENE, which is defined to have a physiological basis.


- When FDA asked CFS and ME patients to describe their disease, we did not say “fatigue.” Patients told FDA that post-exertional malaise was the most significant symptom: “complete exhaustion, inability to get out of bed to eat, intense physical pain (including muscle soreness), incoherency, blacking out and memory loss, and flu-like symptoms.”

- Multiple studies by Jason, Brenu, Johnston and others have demonstrated significant differences in disease severity, functional impairment, levels of immunological markers and patient-reported symptoms among the different case definitions.

- Multiple studies have demonstrated differences in exercise-induced gene expression between Fukuda/CCC patients and both healthy and disease control groups.

- The work of Dr. Jason highlights the danger of definitions that include patients with primary psychiatric illnesses, especially because such patients may respond very differently to treatments like CBT and GET.

By contrast, there have not been any published studies that demonstrate that the set of “ME/CFS” definitions being examined in P2P encompass a single entity or biologically related set of entities. From Oxford to Fukuda to ME-ICC, there are significant differences in the inclusion and exclusion criteria, including differences in the exclusion of primary psychiatric illness. The magnitude of these differences makes the lack of such proof problematic.

Given that treating all “ME/CFS” definitions as a single entity is based on an unproven assumption of the clinical equivalence of these definitions, and given that there is ample proof that these definitions do not represent the same disease or patient population, it is essential that the P2P “ME/CFS” study start by asking this question:

Does the set of “ME/CFS” definitions encompass the same disease, a spectrum of diseases, or separate, discrete conditions and diseases?

The failure to tackle this cornerstone question up-front in both the agenda and the evidence review puts the scientific validity of the entire P2P Workshop at risk. If this question is not explicitly posed, then the non-ME/CFS expert P2P Panel will swallow the assumption of a single disorder without question, if for no other reason than that they do not know the literature well enough to recognize that it is an assumption and not established fact.
Posted by Erica Verrillo at 7:46 AM