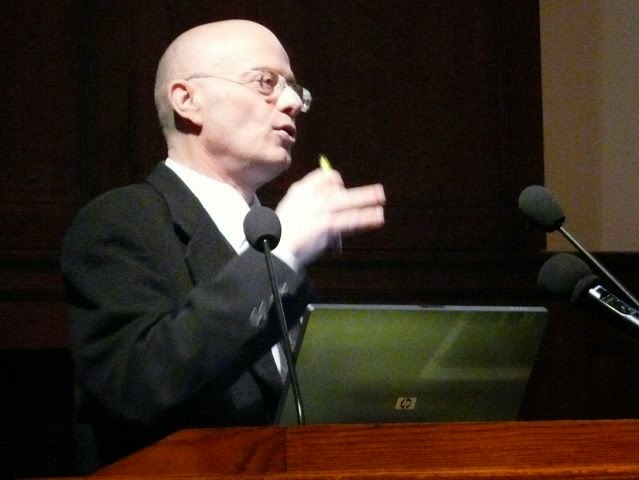 In the following commentary, Leonard Jason defends the use of self-reporting measures for the diagnosis of ME/CFS. While self-reporting has its merits, it also has drawbacks (e.g. human error). Nevertheless, Jason's comments about the IOM's new definition should be given serious consideration.

Jason is correct in pointing out that the new IOM criteria will capture patients with a number of other illnesses, especially now that there are no exclusionary diagnoses. Neuroborreliosis, an infection of the CNS by the Lyme disease bacteria of the genus Borrelia is indistinguishable from ME. (That is because inflammation in the CNS is common to both.) Lyme disease, including neuroborreliosis, would fit the new definition, as would Gulf War Illness, many autoimmune diseases, heart failure, and major depression.

Given that autoimmune diseases such as lupus and Hashimoto's are hard to detect, and that illnesses such as GWI and major depression have no confirmatory tests, it is likely that the IOM definition will result in exactly what it purported to change - a vague, overly broad diagnostic tool that will result in skewed research results and inappropriate treatment recommendations.

Differentiating myalgic encephalomyelitis and chronicfatigue syndrome: a response to Twisk (2015)

Twisk (2015) first suggested that there was an assumption in the article by Jason et al. (2015) that myalgic encephalomyelitis (ME) and chronic fatigue syndrome (CFS) are identical illnesses. This was neither stated nor endorsed in Jason et al. (2015). In fact, my position on this issue is rather different from what this reviewer suggested, and my position is also different from the recent announcement by the Institute of Medicine (IOM, 2015a, p. 45) regarding the newly defined systemic exertion intolerance disease (SEID), where “the committee uses the umbrella term ‘ME/CFS’ to refer to ME and CFS throughout this report”. In contrast, in the Jason et al. (2015) article, each of these terms refers to a different case definition, with CFS referring to Fukuda et al. (1994), ME/CFS referring to Carruthers et al. (2003), and ME-ICC (International Consensus Criteria) referring to Carruthers et al. (2011). The article by Jason et al. (2015) identified a sample that had been diagnosed by a licensed physician using either the Fukuda et al. (1994) CFS or Carruthers et al. (2003) ME/CFS case definitions. Twisk (2015) mentions that it is not possible to draw conclusions regarding “the” illness because some individuals within this sample met different criteria (CFS, ME/CFS, or ME-ICC).

However, if an investigator desires to compare those who meet a more liberal criteria, such as with CFS, to those that meet a more specific criteria, such as with ME-ICC or the four empiric items identified in Jason et al. (2015), then it is critical to have a larger, more varied sample that represents both groups. In other words, to identify different groups of patients, which is what was found in the article, then a larger, more heterogeneous sample is required. In fact, our article did find that those who met the more specific four-item empiric criteria had significantly more symptoms and impairment than those that did not.

This approach to identify different types of patients becomes even more important with the new IOM (2015a) position on exclusionary conditions for SEID. Within IOM’s SEID Report Guide for Clinicians (IOM, 2015b, pp. 4), it states: “The presence of other illnesses should not preclude patients from receiving a diagnosis of ME/CFS (SEID) except in the unlikely event that all symptoms can be accounted for by these other illnesses.” The word “unlikely” conveys the impression that most other illnesses would be considered comorbid (and not exclusionary) as they probably would not account for the unique SEID symptoms.

The problem for diagnosticians in interpreting these guidelines is that the core IOM symptoms are not unique to SEID, as other illnesses have comparable symptoms (e.g. cancer, Hashimoto’s, lupus, chronic heart failure, multiple sclerosis, etc.). So, many illnesses that had previously been exclusionary under past case definitions will now be comorbid, leading to an expanded number of individuals meeting SEID criteria. This will be particularly problematic for those with primary affective disorders, who could be now be diagnosed as having SEID. If individuals with primary affective disorder are misdiagnosed with SEID and provided cognitive behavioral treatment, they will more likely have positive outcomes. These outcomes would then create more difficulties in understanding the effects of these interventions for those who have ME.

Some patients with major depressive disorder also have chronic fatigue, sleep disturbances, and poor concentration; therefore, it is possible that some patients with a primary affective disorder could be misdiagnosed as having SEID. However, ME symptoms including night sweats, sore throats, and swollen lymph nodes are not commonly found in depression. Furthermore, illness onset with ME is often sudden, occurring over a few hours or days, whereas primary depression generally shows a more gradual onset. Hawk, Jason, and Torres-Harding (2006) used discriminant function analyses to identify variables that successfully differentiated patients from those with major depressive disorder and controls. Using percent of time fatigue was reported, post-exertional malaise severity, unrefreshing sleep severity, confusion/disorientation severity, shortness of breath severity, and self-reproach to predict group membership, 100% were classified correctly.

Mood disorders are the most prevalent psychiatric disorders after anxiety disorders: for major depressive episode, the one-month prevalence is 2.2% and lifetime prevalence is 5.8% (Regier, Boyd, & Burke, 1988). If the SEID criteria now include people with primary psychiatric conditions, a rather large percent of those diagnosed with SEID will be from this group, so it is now even more important to differentiate these individuals from those that have ME, or those with more severe symptoms and disability, such as what occurred in the Jason et al. (2015) four-item empiric criteria. About a decade ago, a prior CFS case definition was developed by the Centers for Disease Control and Prevention (CDC) (Reeves et al., 2005) which considerably increased prevalence rates of CFS. Yet, these findings were challenged by Jason, Najar, Porter,  and Reh (2009), who found that 38% of those with a diagnosis of a major depressive disorder were misclassified as having CFS using the CDC empirical case definition of Reeves et al. (2005). Fortunately, few adopted the Reeves et al. (2005) empiric case definition, but the IOM (2015a) has considerably more prestige and influence, so their proposed SEID case definition criteria could ultimately have more far reaching effects.

Another issue brought up by Twisk (2015) was that our questionnaire omitted Ramsay’s (1988) essential ME criteria – muscle fatigability and prolonged muscle weakness. Therefore, Twisk (2015) stated, if our sample had been represented by patients with ME, we would have found that 100% of them would have had muscle weakness and muscle fatigability. Twisk (2015) implied that our sample did not have this important characteristic. In fact, 100% of the patients who were identified by our four-item empiric criteria indicated that they were “Physically drained/sick after mild activity”. Although it is true that our questionnaire did not assess Ramsay’s muscle fatigability, we did include the following items: “Muscle weakness”, “Physically drained/ sick after mild activity”, “Minimum exercise makes you physically tired”, “Next-day soreness after non-strenuous activities”, and “Dead, heavy feeling after starting to exercise”, and these items were among the best discriminators of patients versus controls. The primary goal of this article was to identify symptoms with strong discriminatory power to distinguish patients from controls; muscle weakness was more prevalent among healthy controls than the symptom “physically drained/sick after mild activity”.

A third issue brought up by Twisk (2015) was that the presence of symptoms should be assessed with objective measures, rather than just self-report items. However, if self-report measures are highly correlated with these markers, then they represent less expensive methods to conduct initial evaluations. Those identified by less expensive self-report questionnaires could then be more rigorously evaluated during comprehensive medical examinations, and with a variety of more objective measures. For example, Jason, Brown, Evans, and Brown (2012) found that TH2 shift and impairment to the immune system among patients was associated with self report measures, and Tryon, Jason, Frankenberry, and Torres-Harding (2004) found continuous waist activity provide evidence of a blunted circadian rhythm in patients.

With the recent IOM (2015a) report, it is even more importance to conduct studies to determine whether distinct categories or continuous measures best capture patient differences, and  such investigations can and should be addressed by employing both large data sets and sophisticated research methods. Ultimately, we need an empiric, collaborative, open, interactive, and inclusive process to make recommendations regarding specific aspects of the case definitions, where all parties, including key gatekeepers including the patients, scientists, clinicians, and government officials, are involved in the decision-making process.

Disclosure statement: No potential conflict of interest was reported by the author.

This is an Open Access article distributed under the terms of the Creative Commons Attribution License (http://creativecommons.org/ licenses/by/4.0/), which permits unrestricted use, distribution, and reproduction in any medium, provided the original work is properly cited.

Posted by Erica Verrillo at 5:24 AM