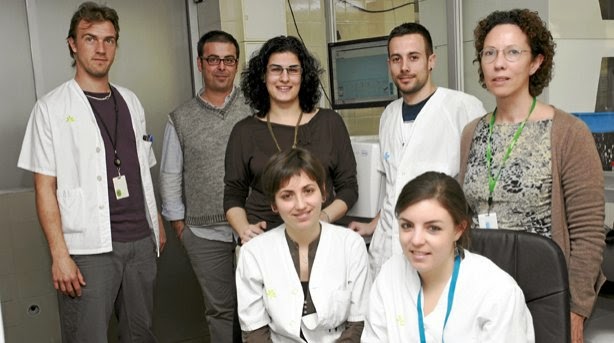 I am an ME/CFS Spanish patient, administrator and owner of the national Spanish ME/CFS research forum, and also a 3rd year medical student.

I have no relationship with ASSSEM or IrsiCaixa, other than as an individual supporter and patient. I do believe all of us in the ME/CFS community deserve that the data this team has found be expanded and published.

We’ve gotten the attention of a highly recognized international AIDS research team, IrsiCaixa. They performed a preliminary study which produced very useful results that could be used as possible biomarkers for ME/CFS, and that might open the field to further exploration of the immune aberrations in ME/CFS, and, perhaps, lead to new therapies.

If these preliminary results are confirmed in the new study they are willing to carry out, we will have a published double-blind cross-sectional study. With such a large sample, this will probably be published in a peer-reviewed international journal.

Please HELP in any way you can!

Best wishes to you all!

IrsiCaixa, an internationally recognized institute for AIDS research, published a study in 2013 which they found alterations in subsets of both T and NK cells. Specifically they identified eight molecules associated with poor immune system function that could be used for diagnosis.

(For further information, read the article: "Spanish HIV Experts Give Aid to ME/CFS" by Joel Snowathlete on Phoenix Rising, April 2013)

They expanded this preliminary study, with the project called "Comparison of biomarkers in EM/SFC", for which a crowdfunding of 29.000 € was launched and achieved last year. (Click HERE to read more.)

The preliminary results obtained from this second comparative study using 193 participants and 20 healthy controls showed specific immunological abnormalities in ME/CFS patients, and identified two subgroups of patients, according to different combinations of NKCD57 and NK NKP46 cells. These subsets could be explained by reactivation of herpes viruses, according to the authors. They also found other interesting abnormalities worth studying further.

The next step in this project is to expand it!

The research team wants to:

How much do they need?

Who is making this project possible?

Patients (who else!) who have funded the project by paying for their own tests, and ASSSEM, a National Spanish non-profit NGO composed mainly of health professionals dedicated to ME/CFS and FM, are making the project possible. ASSSEM was and is the promoter of the previous and the current campaign -  they are the ones who got IrsiCaixa interested in us, and involved in this promising project, in the first place!

You can donate using Paypal or your credit card:

Go to the ASSSEM website, and click the yellow "Donar" button on the right, which appears about half way down the page when it first loads.

Posted by Erica Verrillo at 4:51 AM