Secrecy, Obfuscation, and Conflict of Interest - Public Comments by Edward Burmeister on the IOM Contract 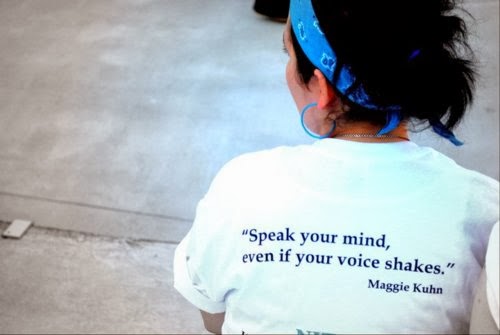 Below are comments submitted to the IOM by Attorney Edward Burmeister *  for the public meeting to be held on January 27. Please send your own comments to:  mecfsopensession@nas.edu After January 27 you can send comments to: mecfs@nas.edu

And, if you haven't already, you can also sign the petition to cancel the IOM contract and adopt the CCC.

My name is Edward Burmeister.

I am an attorney with the world's largest law firm. My wife, Jeannette Burmeister, is also an attorney who worked at the same firm until she became disabled with ME eight years ago.

I am writing to express, in the strongest terms possible, my objection to the IOM contract to recommend clinical diagnostic criteria for ME/CFS ("IOM Contract").

Moving forward with this IOM Contract is directly against the interests of ME/CFS patients, is in direct opposition to the opinion of 50 ME/CFS experts and is in disregard of the recommendation of the Chronic Fatigue Syndrome Advisory Committee ("CFSAC").

The only reasonable and sensible step to take at this time would be to terminate this ill-advised contract now.

One has to ask the following question:

Why would HHS enter into the IOM Contract for $1 million, 20% of the annual NIH budget for ME/CFS in light of (1) the CFSAC recommendation to convene a stakeholders' meeting of ME/CFS patients, experts and advocates, working in consultation with CFSAC members, to reach a consensus for a case definition for research, diagnosis and treatment of ME/CFS beginning with the 2003 Canadian Consensus Definition, (2) the clearly stated opposition of 50 ME/CFS experts to HHS reaching out to the IOM for developing such criteria and (3) the pitiful lack of any meaningful government funding for ME/CFS?

Moreover, why was this done behind closed doors without consultation with CFSAC, other than notice to its chair?

Add to this question the following:

Why was the IOM Contract entered into quickly and secretly?

To this date, HHS/NIH have refused to release a copy of the IOM Contract and surrounding documentation, despite multiple FOIA requests and an FOIA lawsuit filed by my wife to obtain these documents.

Why the obfuscation by HHS?

In a statement by Dr. Nancy Lee, Designated Federal Officer of HHS to CFSAC, and in FAQs issued by HHS, there is a clear reference to a contract between HHS and the IOM, but in the "National Academics Umbrella Contract Statement of Work/Request for Proposal," released to a patient by HHS, the IOM Contract appears to be a "task order against the NIH umbrella contract" with the National Academies.

Why does this Statement of Work recite that the project to be undertaken by IOM is in support of the Chronic Fatigue Syndrome Advisory Committee (CFSAC), when it runs directly contrary to CFSAC's recommendation?

Why does the proposed IOM committee include a majority of non-ME/CFS experts, as acknowledged by HHS, in a project to develop diagnostic criteria for one of the most complex diseases that exist?

Why is there only one public meeting required under the IOM Contract and why are the IOM recommendations in its final report to NIH to be developed in secret without any opportunity for public or expert comments on the final report?

Why is the IOM the appropriate entity to perform this project given its organizational conflict of interest (the subject of a formal complaint to the HHS Office of Inspector General) presented by its prior ME/CFS findings in its reports on Gulf War Illness and its lack of experience in developing case definitions for diseases, as confirmed by Dr. Kenneth Shine, former president of the IOM.

When one ponders these questions, the answers are quick to suggest themselves.

There are key players within HHS who do not want ME/CFS to be elevated to a serious, physical disease demanding substantially increased funding, approval of research grants, approval of disability claims, approval of Medicare claims, etc.

Once the CFSAC recommendation was made in October 2012, these players set in motion a behind-the-scenes process that resulted in the announcement of the IOM Contract in September 2013, without prior public consideration or comment and, as noted above, in direct opposition to ME/CFS experts and CFSAC.

The process has been structured to (1) minimize public and patient input, (2) insure the ME/CFS experts will be in the minority, (3) ensure the final recommendation will be developed in secret without public comment and (4) ensure NIH control of this process through a secret monthly meeting of the IOM with the NIH Task Leader, contrary to the IOM's normal procedures.

If one is skeptical of my conclusions, I would suggest researching the series of IOM reports on Gulf War Illness, where the VA was in the same role HHS/NIH is in the IOM Contract.

I would commend to your reading the testimony of Mr. Anthony Hardie, a Gulf War veteran, given on March 13, 2013 to the House Veteran's Affairs Committee on Oversight and Investigations.

The IOM Contract cannot be "saved" by tinkering around the edges.

In light of the essential facts - (1) NIH control, (2) organizational conflict of interest, (3) majority of non-experts and several IOM "regulars" as committee members and (4) very little by way of public meetings or review, particularly of the ultimate recommendation - the only appropriate course of action is to terminate this contract or task order now before the inevitable damage to the ME/CFS patient community becomes permanent.

Mr. Burmeister is past Chairman of the State Bar of California - Taxation Section. He is a member of the Advisory Board of the National Association of Stock Plan Professionals, the Certified Equity Professional Institute (past board member), Santa Clara University, and the Global Equity Organization (past board member).

Mr. Burmeister is a graduate of Stanford University (A.B.) and Stanford Law School (J.D.) where he was Order of the Coif and Managing Editor of the Stanford Law Review. He is admitted to practice in California and before the U.S. Tax Court and Claims Court.

Mr. Burmeister is a veteran of the Vietnam War, having served as a Lieutenant in the U.S. Navy from 1966 through 1970.
Posted by Erica Verrillo at 8:45 AM