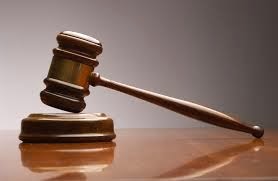 Re: Conflict of Interest of the Institute of Medicine With Respect to Its Contract with DHHS Regarding ME/CFS

I respectfully request your review of a serious conflict of interest in a recently concluded $1 million contract (“IOM Contract”) between the Department of Health and Human Services (“DHHS”) and the Institute of Medicine (“IOM”) to conduct a study on diagnostic criteria for Myalgic Encephalomyelitis/Chronic Fatigue Syndrome  (“ME/CFS”).

I am a patient who has suffered from this disease since 2006.

The IOM Contract was announced on September 23, 2013. It was entered into on a rushed and alarmingly secretive basis despite a deafening outcry by the patient community against it. The IOM Contract has so far not been terminated despite the agreement of virtually all U.S. and a fair number of international ME/CFS experts to adopt the 2003 Canadian Consensus Criteria (“CCC”) as the case definition (or diagnostic criteria) for ME/CFS and the opposition to the IOM Contract by these experts (both also on September 23, 2013) and by over 170 representatives of the patient advocacy community (on November 9, 2013). The experts’ consensus negates the need for the IOM Contract and the waste of $1 million in taxpayer money. Nevertheless, Secretary Sebelius has, to this date, not had the courtesy to reply to the experts and advocates. To the contrary, the IOM Contract is being pushed through at an unprecedented speed.

The Federal Acquisition Regulations, an in particular 48 C.F.R. section 9.504, require the [government] contracting officer “to

(1) Identify and evaluate potential organizational conflicts of interests as early in the acquisition process as possible; and

48 C.F.R. section 9.505 sets up the underlying principles in avoiding or mitigating organizational conflicts of interests, including “preventing the existence of conflicting roles that might bias a contractor’s judgment.”

Just to give a few examples, the CMI Report unconditionally accepts antidepressants (page 119) as well as cognitive-behavioral therapy and graded-exercise therapy (page 99) as recommended treatments for ME/CFS even though these “treatments” are viewed by most if not all credible experts as not just unhelpful, but potentially quite harmful for most ME/CFS patients. Exercise is said, in the CMI Report, to have been shown to improve ME/CFS symptoms (page 99) when the potential harm of exercise to ME/CFS patients has been clearly established. At best, if you take into account “research” that has not followed the scientific method, this form of “treatment” is controversial, with most experts agreeing that it is harmful. But it is definitely not a “treatment” recommended by credible ME/CFS experts. This ties directly into the diagnostic criteria for ME/CFS because exercise triggers a post-exertional worsening of symptoms—the hallmark feature of ME/CFS—which is why it is even part of the current woefully inadequate 1994 CDC Fukuda case definition. The CMI Report also opines that there are no biomarkers for ME/CFS (page 203) when the IOM-contract study is to determine whether there are biomarkers and what they are. Furthermore, the CMI Report opines that ME/CFS is not “an organic disease” (page 22).

Throughout the CMI Report, the IOM references ME/CFS and, in particular, its case definition, symptoms and treatment modalities. These are all used as critical building blocks in reaching the IOM’s conclusion regarding treatment of Chronic Multisymptom Illness. The case definition and symptoms and possibly treatments of ME/CFS are at the heart of the IOM Contract. The conflict here is obvious. The IOM is wedded to the CMI Report’s conclusions from just earlier this year that is based in part on its assumptions and conclusions about ME/CFS. That represents a substantial bias in favor of not contradicting its prior assumptions and findings and prejudices the IOM against adopting findings that are inconsistent with the CMI Report.

When you furthermore take into account the tremendous backlash the CMI Report has triggered in the Gulf-War-Illness population, including congressional hearings and serious accusations of the CMI Report being tainted due to an undue influence on the report by the Department of Veterans Affairs, it becomes even more obvious that the IOM cannot afford to backtrack on any of its findings in the CMI Report regarding ME/CFS because the CMI Report rests largely on those.

In a much less significant conflict situation, your office has determined that a conflict of interest exists if a member of an IOM committee under a DHHS/IOM contract has previously stated a position on the issues to be analyzed under the contract (Memorandum dated January 3, 1992 from Richard P. Kusserow, Inspector General, to James O. Mason, Assistant Secretary of Health, regarding the “Review of Alleged Conflict-of-Interest in Institute of Medicine Study of the Adverse Consequences of Pertussis and Rubella Vaccines (A-15-90-00054) and attachments). In that case, the contract with the IOM was to study the adverse consequences of the Pertussis and Rubella vaccine. The committee member in question had stated his position on this issue in a deposition.

This bias towards the nature of ME/CFS creates an organizational conflict of interest that cannot be remedied and that clearly disqualifies the IOM from being engaged in the study of ME/CFS. The positions on ME/CFS previously stated by the IOM pre-judges any IOM conclusions at the very heart of the IOM Contract.

I specifically request that your office investigate this serious conflict of interest as soon as possible, so that government funds will not be unnecessarily expended on an unavoidably tainted contract.

I would be pleased to respond to any questions you may have.

Open Letter to Secretary Sebelius by 50 ME/CFS Experts of October 25, 2013

Open Letter to Secretary Sebelius by ME/CFS Advocates of November 9, 2013

Memorandum dated January 3, 1992 from Richard P. Kusserow, Inspector General, to James O. Mason, Assistant Secretary of Health regarding the “Review of Alleged Conflict-of-Interest in Institute of Medicine Study of the Adverse Consequences of Pertussis and Rubella Vaccines (A-15-90-00054) and attachments