Corruption Within the CDC - Not just for Cynics Anymore 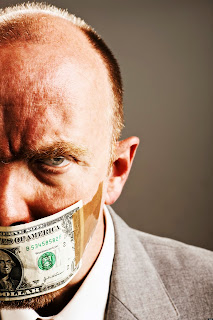 Every once in a while, I run across an article that is like a light bulb going on in my head. This article on Lyme disease was one of those "Aha!" moments I truly cherish. The CDC's announcement last April that there were 10 times more people with Lyme disease than they had previously reported raised some eyebrows. How had the CDC missed counting 270,000 new cases a year?

The answer is they didn't. Epidemiologists have not come up with any new methods for counting people with diseases. The numbers only increased once there was a way to make money from the illness - a lot of money.

Do I sound like a cynic? I'm not. I simply have a long memory.

In the early 1990s, the CDC estimated that there were 20,000 individuals in the U.S. with CFS, making it a rare disease. This was during a period when the CDC was downplaying the importance of outbreaks that had been occurring all over the country (and world, as it turned out) for political reasons. (AIDS was causing a panic.) Ten years later, this number had risen to nearly a million. Did 980,000 people suddenly contract CFS during that period of time? If so, that would have placed its rise in prevalence on the order of the plague.

The problem with the CDC's prevalence and incidence reports concerning CFS is that the numbers are not driven by an objective desire to understand how many people actually have, or are contracting, the illness. The numbers are the product of whatever directives the CDC may be following for the sake of whoever stands to profit or lose from them. In the case of Lyme, the numbers were low until a prospective vaccine was developed that the maker is proposing be given to every person in the United States. (I can't even begin to do the math on those kinds of profits.)

In the case of CFS, the numbers were low while the CDC was denying its existence, then rose once the illness was equated with a psychiatric disorder that could be treated with antidepressants, and which did not warrant long-term disability payments. In sum, all those millions of people who are "tired" for long periods of time, and whose doctors can't come up with a diagnosis for an "organic" illness in the 10 minutes they spend taking a history - and with the three tests they order -  could now be pushed off on the next passing ice floe with a bottle of Elavil, saving billions of dollars for the insurance industry.

Do I sound bitter? I'm not.

Lyme Disease Community Blows the Whistle on Corruption Within the CDC

The Centers for Disease Control and Prevention (CDC) recently announced that rather than 30,000 new cases of Lyme disease each year in the United States, there are likely 300,000. What the CDC failed to explain is why it's taken them so long to acknowledge that Lyme disease has reached epidemic proportions.

The Lyme disease community has been battling for years to get the CDC to admit that Lyme disease is a mass public health crisis. Meanwhile, the CDC itself has been informally saying since 2004 that Lyme disease is probably 6 to 12 times more prevalent than the reported cases. Why then have they suddenly decided to formally acknowledge these higher rates?

On a recent "Your Own Health and Fitness" show about Lyme disease on KPFA radio in Berkeley, Calif., host Layna Berman observed that the announcement of increased rates coincides with a financial interest in releasing the new Baxter Lyme vaccine:

"With this announcement of the increased number of cases, we might imagine that an economic opportunity has presented itself. . . .The treatment favored by doctors who treat chronic Lyme . . . is long courses of antibiotics . . . But these treatments aren't money makers. So what inspired the CDC after so many decades of ignoring and denying chronic Lyme to release these new statistics? The promise of a new vaccine."

Read the rest of this article HERE.
Posted by Erica Verrillo at 11:38 AM