The word "propaganda" has gotten a bad rap. In our century, it has come to mean unreliable information that is used to manipulate public opinion. (Originally, propaganda referred to the Catholic Church's efforts at "propagating" the faith.)

To a certain degree, the negative connotations are deserved. Those who wish to manipulate public opinion without going through the effort of supporting and legitimizing an argument often take short cuts. References are cherry-picked, poor rhetorical strategies are used, such as ad hominem attacks, and, in the worst cases, facts may be invented, data twisted, and outright lies presented as truth.

The post that appeared yesterday on the CAA website, "CFSAC Responds to Questions Concerning the Contract with the IOM" is not an example of the most disreputable form of propaganda - outright lies designed to inflame the public -  but it does fall into the category of manipulation.

The practice of answering FAQs - frequently asked questions - is one which provides answers to questions of general concern. FAQs enable readers to identify common problems, and quickly find concise answers. 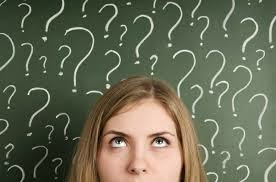 People in the ME/CFS community certainly have questions about the IOM contract. I know I do. In fact, if
someone were to ask me, right now, "What questions do you have?" I would be able to rattle them off in a heartbeat. How will this contract affect me? Will it have an impact on disability claims, medical care, research? Will the IOM "psychologize" the illness, making it even more of a stigma than it is now? Will we end up with "chronic multisymptom illness" as a new name, with a corresponding definition that is even more vague than the current one?

The questions I would not ask are the ones that appeared in the FAQs. Some of these questions were interesting. But it was very clear from their answers - the bulk of which came directly from the IOM website - that the purpose of the questions was not to address the real concerns of the ME/CFS community, but to provide a vehicle for "canned" information, supposedly from a source that is perceived as representing patient interests (CFSAC).

Are the CAA FAQs propaganda? In the strictest sense, they are. The purpose of these FAQs is not to enlighten, but to persuade, which casts their intent into doubt. If we are not asking these questions, who is? And, who is providing the answers? And, in a more general sense, why is this person, or organization, trying to influence us? How do they benefit?

In this case, the phrasing of these FAQs answers the first two questions.

Whoever in the CAA composed the questions - and most likely their answers as well - is not familiar with government regulations (according to section Federal Acquisition Regulation (FAR) - subpart 49.1, Subsection 49.101 Authorities and
Responsibilities, contracts can be terminated at will), is not interested in taking the time to formulate actual answers (many of which were copied verbatim from the IOM website), and has a penchant for jargon (funds are not "repurposed" - a term Suzanne Vernon uses to excess - they are redirected).

In addition, the person who wrote these FAQs prefers to remain anonymous (the "we" disguises authorship) and, in keeping with the email sent by the CAA asking the signatories of the experts' letter to HHS to revoke their signatures, likes to work "behind the scenes."

As for who benefits from the contract and how - the CAA will benefit from its association with the IOM by renewing its ties to government agencies (in recent years the CAA's funding from government grants has shrunk, making it difficult to maintain six-figure salaries for some of its board members), insurance companies will benefit by not having to pay for expensive treatments once CFS is officially defined as a psychological disorder, and HHS will benefit by making sure the status quo is not challenged.

I have copied the questions - but not the answers - below. Chalk up a point for every question that you don't actually care about or don't understand. Add two points for every question that appears to have a purpose other than addressing a real concern of the ME/CFS community. Add three points if the question is leading. (Hint: There are at least two.) And, if you care to the read the answers, add ten points for every answer that does not satisfy you, or you can't understand, or you suspect isn't quite accurate. The more points you score, the more likely it is that these FAQs were intended to alleviate "concerns" of the proponents of the IOM contract (namely the unpopularity the IOM contract), rather than those of our community.

Here are the questions. The answers are HERE.

Who is the target audience for the Institute of Medicine (IOM) study?

Why did the Department of Health and Human Services (HHS) not follow the Chronic Fatigue Syndrome Advisory Committee (CFSAC) recommendation to host a workshop in consultation with CFSAC and ME/CFS experts, but instead contracted [sic] with the IOM to do a study?

Can HHS, and all associated agencies, endorse the 2003 Canadian Consensus Criteria based on the recommendation of ME/CFS experts, patients and the International Association of CFS/ME? If not, why not?

What is the standard process that the IOM uses to develop its recommendations?

What criteria does IOM use for selection of committee members?

Does the HHS contract with the IOM specifically require the IOM to use ME/CFS experts as committee members?

Does the contract require the IOM to include a patient as a committee member?

How can patients, family members and other advocates provide input into the IOM study process?

What is the Statement of Task [sic] in this contract with the IOM?

Will the IOM study address treatment for ME/CFS?

What is the total cost of the IOM contract?

If the IOM contract is cancelled, will the contract funds go to ME/CFS research?

What is the difference between the IOM committee charge and the NIH Evidence-based Methodology Workshop for ME/CFS?
Posted by Erica Verrillo at 11:07 AM