Making Sense of the IOM Controversy 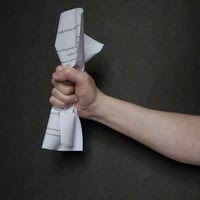 Health and Human Services’ (HHS) decision to entrust the new definition of ME and CFS to the Institute of Medicine (IOM) has generated a firestorm of controversy, dividing members of the ME/CFS community into three camps: pro, con and confused.

With the CFIDS Association of America’s endorsement of the IOM contract, (1) and Dr. Bateman's subsequent shift of position, (2) the two opposing camps have become increasingly contentious, while the third is suffering from acronym overload.

Most people with ME/CFS prefer to avoid conflict at all costs, so this division generates, if not an outright headache, something akin to an emotional migraine. Even if we want to be kept informed, after a while the discussion blurs into a dense fog of shifting accusations and counter-accusations that we simply cannot absorb.

There is a strong temptation to simply ignore it all, and let the chips fall where they may. After all, this is not the first time the CFS/ME community has been divided, and it won’t be the last. In any case, a new definition won’t change the realities of the illness ... Or will it?

Why is the case definition important?

The current case definition of CFS in the United States, the “Fukuda” definition (named for its first author) fails on all of these counts. It was developed in 1994 by a group that included a roster of physicians with highly disparate orientations – from Steven Strauss, Michael Sharpe and Simon Wessely, who believed that the illness they were defining was a psychiatric disorder, to Anthony Komaroff and Dan Peterson, who knew it wasn’t. The diverse backgrounds of these authors, some of whom had no direct clinical experience with the illness, made for a definition that was, like the ungainly camel, “designed by a committee.” By the time this group was ready to publish the new definition, consensus still had not been reached. (3)

In the end, a broad definition of CFS was adopted, leading, as many suspected it would, to problems establishing patient cohorts for research, inaccurate diagnoses, and a widespread belief among the general public and most physicians that the illness could be equated with “tiredness.” Nineteen years later, after pressure from patients and the professional community, as well as the CFSAC, the “Fukuda” definition was finally recognized as inadequate by the federal government.

The development of an accurate case definition

The primary sticking point in the Fukuda case definition is that Post-Exertion Malaise (PEM) is optional, which means patients with major depression - as well as patients with early MS, some forms of leukemia, genetic disorders, incipient heart disease, Hashimoto’s disease, diabetes, and numerous other ailments that a CBC might have missed – may be included. This is a disaster not just for researchers who don’t have a reliable means of establishing a patient cohort (and for patients who end up waiting years for a diagnosis), but for thousands of patients who don’t have CFS. These patients often have illnesses such as early MS (which presents as fatigue), Hashimoto’s disease (which causes profound exhaustion, and does not alter standard lab results until it is advanced), or any one of the myriad other illnesses that begin with fatigue. Because a diagnosis of CFS often produces an admonition to exercise, and perhaps a prescription for antidepressants, for these patients, “CFS” can be fatal.

The numerous shortcomings of the Fukuda definition motivated a group of experienced clinicians and researchers to devise their own. This was the Canadian Consensus Criteria (CCC), which was published in the Journal of Chronic Fatigue Syndrome in 2003. (4) In sharp contrast to the Fukuda definition, the CCC requires PEM, as well as neurological, neurocognitive, neuroendocrine, dysautonomic, circulatory, and immune symptoms.

Over the past ten years, researchers who are serious about establishing reliable cohorts have employed the CCC. Clinical ME/CFS specialists also prefer the CCC, finding it to be more accurate for making a diagnosis. (According to a 2011 study led by Leonard Jason, the CDC “Fukuda” criteria only identified 79% of patients with CFS/ME, while the CCC identified 87%). (5) But while the CCC has been used for a decade by serious researchers and clinicians, it is not entirely surprising that the federal government has been slow on the uptake. Federal funding for CFS has been minimal at best, creating minimal interest in the illness on all levels.

The IOM contract – from suspicion to dread

True to form, the federal government decided that rather than adopt a case definition that had been created and successfully used by experts, they would rather reinvent the wheel. On August 28th, HHS announced that it intended to hire the Institute of Medicine (IOM) to formulate a new case definition for CFS. This raised the suspicions of ME/CFS advocates both for the timing of the announcement (right before Labor Day), and for the speed with which HHS intended to assign the contract. (After 19 years, why the sudden rush?)

Suspicions were further confirmed when it was discovered that the IOM not only had little experience in defining illnesses, but that their previous definition of Gulf War Illness as “chronic multi-symptom illness” had met with universal criticism from GWI patients, clinicians and researchers. “Chronic multi-symptom illness,” as GWI advocates correctly pointed out, could describe just about any long-term illness. In effect, Gulf War Illness had been “undefined.” What was more, the IOM’s recommended treatments for “CMI” consisted of antidepressants and cognitive behavioral therapy.(6) There was every indication that CFS was going to suffer the same fate.

Patients and advocates immediately began bombarding HHS Secretary Kathleen Sebelius with letters. It appeared as if the IOM contract had been halted when HHS issued a statement that it was no longer going to pursue its solicitation of the IOM, a statement which was almost immediately revoked when it turned around and hired IOM on September 23rd.

The response was instantaneous. The same day that HHS announced it was going forward with the contract, a letter signed by 35 top ME/CFS physicians both in the US and abroad was sent to Secretary Sebelius requesting that HHS drop the IOM contract, and asking for the immediate adoption of the CCC. Within the month, 16 more experts had signed the letter, bringing the total to 50. (7)

One would think that with such an unequivocal statement from the leading researchers and clinicians in the field that HHS would take notice. More to the point, one would think that the ME/CFS community itself would rally around such an unprecedented move. And, to a large extent it did, with letters of support coming from the National Alliance for ME (NAME), Dr. Lily Chu, and Dr. Eleanor Stein, and no fewer than three petitions. There was, however, one notable exception to this outpouring of approval.

To bolster what was undoubtedly going to be an unpopular position, the CAA sent an email to all the experts who had signed the letter, asking them (indirectly) to reverse their position. One signatory, Dr. Lucinda Bateman, did so, citing the reasons that had been put forth by the CAA. (Dr. Bateman serves on the CAA’s Research Advisory Council.) One ME/CFS advocacy organization, PANDORA, also published an endorsement of the IOM contract, using much the same language.

As might be predicted, the reaction to the CAA’s ill-disguised attempt to persuade the experts to rescind their signatures came swiftly. Dr. Mikovits responded with a tart rejoinder:


“I know that the CAA is not and has never in my experience responded to concerns expressed by the patients, nor do they now or have they ever served in the best interests of the patients, as is the only duty of an advocacy organization. This IOM contract is simply a waste of precious resources. I stand by my signature on the letter and my work which is now always has been and will always be in the best interests of the patients.” (8)


Advocates claimed that a conflict of interests might be involved. Suzanne Vernon, scientific director of the CAA, is on the IOM panel that defined Gulf War Illness as “chronic multi-symptom illness.” Critics pointed out that the CAA itself had benefited from its long association with government agencies, and might continue to do so because of its role in the IOM contract. (The CAA earned over $8 million in government grants during 2000-2007. As of 2008, government grants ceased to be a line item on non-profit IRS forms.)

This wave of criticism prompted a response from Suzanne Vernon (originally posted without a signature), in which she attempted to “clear the air.” (9) Her effort at setting the record straight was greeted with skepticism, if not outright derision.

PANDORA’s endorsement of the IOM contract met with much the same reaction. PANDORA's statement that it would “do all [it] can to avoid an IOM definition disaster…" was characterized as delusional. (10) And PANDORA's assurance that the IOM would be open to ME/CFS experts who "have the experience and knowledge to define the disease" and that “any effort to update the definition should start with the 2003 CCC” was judged to be either "naïve or co-opted." *

You can’t get there from here

Like the punchline of an old joke, the real question is whether we can get there from here. Can the IOM contract really open doors? Will HHS adopt a precise definition of ME/CFS that requires the hallmark symptom of PEM? Will the experts on the IOM panel be real experts, rather than people who happen to have connections with the IOM? Can the ME/CFS community exert its influence to make sure the IOM definition is conducive to better research, diagnosis and treatment?

These are big questions, and the answer to all of them is "no."

History has shown us that we cannot change HHS "from within." Government institutions have a vested interest in maintaining the status quo for the simple reason that advancement within those institutions is predicated on not rocking the boat. Independent thinking, especially when it contradicts the received wisdom of people higher up in the chain of command, is actively discouraged in government service. In the case of ME/CFS, the status quo is comprised of lack of funding for ME/CFS research, a dismissive attitude towards the illness (couched in kinder, gentler "discussions"), the obstruction of the approval of drugs which might actually be of benefit to the sickest members of our community (Ampligen), and the perpetuation of the myth that the illness is fundamentally psychogenic and can be mitigated through therapy and exercise.

There is a lot at stake here, much more than meets the eye. So, regardless of the “friendly fire,” online arguments, and heated exchanges coming out of this battle, it is absolutely essential that members of the ME/CFS community stay clear and rational.


A redefinition of CFS as “chronic multi-symptom illness,” or any other meaningless concatenation, will not improve upon the current definition, it will not lead to effective treatment, it will not increase funding for research, and it will not lead to acceptance by the medical community. Instead, it will usher in the widespread dismissal of ME/CFS as an organic illness, and cause a halt in meaningful research. As the experts have rightly pointed out, “this effort threatens to move ME/CFS science backward by engaging non-experts in the development of a case definition for a complex disease about which they are not knowledgeable. ME/CFS patients who have been disabled for decades by this devastating disease need to see the field move forward and there is no time to waste.”

Further reading: An easy-to-read timeline of events surrounding the IOM controversy can be found HERE.

References:
* It should be noted that not all members of PANDORA's board support the IOM contract.

This article was first published on ProHealth.
Posted by Erica Verrillo at 6:49 AM